THE NEW SCHOOL GYM & DISASTER SHELTER for Ka`u is the subject of public meetings today and tomorrow from 5 p.m. to 8 p.m. at the Pahala School Cafeteria. This is a meeting in which the community can personally meet the planners from the county, state and engineering and architecture firm. The governor has already released more than $16 million for the county to use to build the regional disaster shelter and community center to be operated by the county Department of Parks & Recreation. Community comments to date have included making the building fit in with the historic village and equipping the main building with the ability to clean the air during bad vog days and during a disaster and fresh air at other times. Other suggestions include building a stage for community events and a fitness room for school athletics and the community, designing parking lot lighting that will not affect the night skies in Ka`u, and limiting the pavement for parking on the open field where the community has been parking on the grass for big events at the school.
Another question is whether there will be a commission for public art on the site. The state’s Art in Public Places program usually sets aside one percent of the cost of a public building for a sculpture or other work of art. However, the money being given to the county may put the decision on whether to commission the art in the hands of the county.
A SCULPTURE BY VOLCANO ARTIST Randy Shiroma was recently commissioned by the state Foundation of Culture and the Arts unconnected with the shelter and gym project. The $100,000 commission includes an artist in the schools program in which Shiroma will be teaching at the public schools in Pahala and getting to know the community before coming up with a design for the sculpture on the school grounds. Other public works of art at the school include two paintings that were provided from the state’s collection for the school office and a sculpture outside of the Pahala library that was put there in the 1970s but removed when it deteriorated. There are apparently no other Art in Public Places commissions in Ka`u outside of the school office.
INTERISLAND SHIPPING COSTS will go up again. The Hawai`i Public Utilities Commission has approved an increase of 16.58 percent. Young Brothers wanted more, stating that cargo volume has fallen short of its forecasts. PUC chair Mina Morita said “the Commission strives to balance a utility’s financial health with adequate service at reasonable rates. We recognize that rate increases are difficult for customers, especially in today’s economic climate, but regular cargo service is critical in maintaining economic activity throughout Hawai`i.” The Commission’s decision approved rate increases in the container, flatracks/platforms, automobile, roll-on/roll-off cargo, G-Vans, and other less than container-load cargo categories, at various percentages; allowed other changes to Young Brothers’ tariff; and granted use, subject to conditions, of a new internal financial closing schedule. The PUC re-stated its authority to examine Young Brothers’ actual earnings to ensure that earnings do not result in a windfall in an improved economy where actual cargo volume surpasses the forecasted cargo demand relied upon to determine the approved rate increase. More detail about Young Brothers’ application can be found on the PUC’s website, puc.hawaii.gov, on the Select Dockets page. (See Docket No. 2010-0171.) 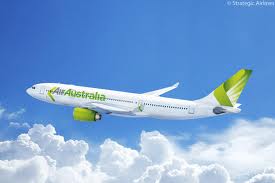 MONEY COLLECTED THROUGH THE COUNTY’S HI-5 recycling program is being distributed to 10 Big Island nonprofits. The funds were accumulated from recyclers who turned away the cash when they took their cans and bottles to redemption centers.
O Ka`u Kakou is one of the recipients of the funds. President Wayne Kawachi, a long-time recycler, said the donation, designated by Wai`ohinu workers, will be useful for a number of the organization’s projects. “We take care of cemeteries,” he said. “We are doing rock walls around the cemeteries. The money could go for that.” Or, he said, they could cover the cost of a couple of months’ rental of portable toilets at Punalu`u Black Sand Beach or South Point, another of the organization’s costs. Another alternative, he said, would be to use the money for the projects the group undertakes helping senior citizens complete maintenance and safety projects around their homes.
CHRISTMAS IN PAHALA drew hundreds of residents to Kamani Street last night. Organized by Keala Kailiawa, the celebration included the music of Demetrius Oliveira and the band Keaiwa. The Holy Rosary Church’s Harmonies choir arrived on a float and sang Christmas carols. Keiki sat on Santa’s lap. Local businesses and residents provided gifts for needy families, including red Radio Flyer wagons, a tricycle, grill, Ka`u Coffee Mill coffee, Punalu`u cookies, Oven Treats, lunch bags, children’s books, volleyballs, toys and Hawaiian CDs. O Ka`u Kakou provided popcorn and shave ice. KAHU Radio donated many presents. The Kailiawa family donated stew. Residents donated turkeys, hams, bags of rice and other gifts. Olson Trust donated gift certificates from KTA and the community Christmas tree that will light up Kamani Street at Pahala Plantation Cottages through New Year’s Eve.
A PROPOSAL TO REVISE MONK SEAL critical habitat designations is open for public comment until Jan. 6, 2012. Except for areas excluded for national security reasons, the proposal extends critical habitat from the 200-meter depth contours to the 500-meter depth contours surrounding the Northwestern Hawaiian Islands and the main Hawaiian Islands. It also includes previously excluded Sand Island at Midway.
The National Marine Fisheries Service of the National Oceanic and Atmospheric Administration, which submitted the proposal, is responsible for ensuring the survival and recovery of the endangered monk seal. NOAA Fisheries, in partnership with the state Department of Land and Natural Resources, has worked for more than 20 years to address the monk seal’s decline. However, 40 percent of its population has been lost in the last ten years, and it is facing the threat of extinction, according to NOAA. The agency reports that only about 1,100 seals remain, and an additional four percent of the population is lost each year.
The proposal, identified as 0648-BA81, can be read at www.regulations.gov. Comments can be submitted at the website or sent to Regulatory Branch Chief, Protected Resources Division, National Marine Fisheries Service, Pacific Islands Regional Office, 1601 Kapiolani Blvd., Suite 1110, Honolulu, HI, 96814.
THE DEADLINE FOR COMMENTS on the Kawa Drainage Project is this Friday, Dec. 23. Comments are being taken on the Environmental Assessment to raise Hwy 11 some ten feet above grade to 46 feet above sea level. An 84-foot-wide culvert, eight feet high, would be placed beneath the highway.
Comments can be sent to the state Department of Transportation’s Hawai`i District Office, 50 Maka`ala Street, Hilo, HI 96720.
The draft EA is available at Pahala and Na`alehu public libraries, and online at http://hawaii.gov/ health/environmental/oeqc/index.html.

JOHN AND HOPE KEAWE ring in the holidays with their music, hula and aloha spirit at After Dark in the Park tomorrow at 7 p.m. at Kilauea Visitor Center Auditorium in Hawai`i Volcanoes National Park. Doors open at 6:30 p.m. Donations of two dollars support park programs. Park entrance fees apply.

THE LIGHTS AND COTTAGE DECORATIONS at Kilauea Military Camp cottages are up, and the public is invited to vote on the best. The effort was made by the staff of KMC. Those who enjoy the stroll along the cottage row can receive a Holiday Dollar redeemable at various KMC venues.
Posted by The Ka`u Calendar at 11:27 AM Links to this post