CLASSROOM TIME at Ka`u High and Intermediate Schools must increase to at least 5.5 hours a day to meet a state mandate, according to a new report to the state Legislature.
Ka`u has fewer classroom hours than Farrington, Castle, McKinley and Campbell, which have more than 1,600 minutes of class time a week. However, Ka`u has more class time than Kaua`i, Maui, Olomana and Waiakea High Schools, which have under 1,300 minutes of class time a week.
Ka`u is in the middle of the pack with 1,495 minutes a week, according to the state Department of Education report. Meeting the mandate for more class time for students in all public schools is expected to be a major issue at the state Legislature when it opens in January.

COUNTY COUNCIL MEMBER Brittany Smart has listed priorities for 2012 in an article in the Hawai`i Tribune Herald this morning. The Nancy Cook Lauer story said “Smart lists waste issues, increased communication with the public and completing a reasonable county building code as her top priorities for 2012.”
“Smart, who is finishing her first year on the Council, introduced very little legislation this year, but said she and her staff have been doing the research on several issues to be introduced next year,” the story says. It also states that her first priority will be “a plan to use discarded tires in rubber asphalt for road repaving. That requires coordination with the state Department of Health, as well as the county administration.” It also says another Smart priority is “reducing waste going into the Hilo landfill through the tire program.”
Smart also told the newspaper that she still hopes to establish a place in Ka`u district where members of the public can participate in meetings through videoconferencing. Establishing a Ka`u office was one of Smart’s campaign promises. Cook Lauer’s story says Smart mentioned “using social media such as Facebook and creating a way for the public to share documents and agendas” as one of her top priorities. “We have to be able to go where the communication is taking place and not expect it to come to us,” Smart told Hawai`i Tribune-Herald.


THE DIVISIONS OF AQUATIC RESOURCES AND FORESTRY AND WILDLIFE may merge under the state Department of Land and Natural Resources. Deputy DLNR director Guy Kaulukukui, of Volcano, told West Hawai`i Today that putting them together would help manage resources from the mountain to the coastal regions, much like the traditional Hawaiian ahupua`a management system. “The department’s realigning its mission around the primacy of the watershed,” he told reporter Erin Miller.
Ka`u is the site of the most DLNR management acreage in the state, including the largest pristine native forests and the longest uninhabited coastline.

TODAY IS THE DEADLINE to send in comments on the cellular tower proposed for land in Pahala across Maile Street from the Old Pahala Clubhouse. A legal notice from Crown Castle says the company would install a 130-foot-tall structure and requests “comments from any interested party on the impact of the proposed tower.” Comments should be addressed to Monica Gambino at 2000 Corporate Drive, Canonsburg, PA 15317 or monica.gambino@crowncastle.com or by phone at 724-416-2516. The company’s regulatory advisor for the project is Janice Merritts, who can be reached at 480-735-6931 or janice.merritts@crowncastle.com.
ANOTHER HISTORIC COTTAGE is being restored in Pahala. The small plantation home on Huapala Street was purchased through a foreclosure for a total of around $21,000. The new owner is using sweat equity, putting in new house posts and doing other improvements with his own labor. The yard was previously overgrown and looked abandoned.
IN TWO MORE DAYS, voting closes on competition for best decorated cottage at Kilauea Military Camp inside Hawai`i Volcanoes National Park. The KMC staff strung lights and created Christmas scenery. Vote on the best display and receive a Holiday Dollar redeemable at KMC venues. 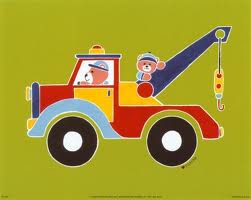 THE AMERICAN AUTOMOBILE ASSOCIATION reminds drivers that even one drink can reduce mental and physical skills, affecting vision, steering, braking, judgment and reaction time. AAA will offer free tow services and a ride home for drunken drivers over this New Year’s holiday weekend. It’s called the Tipsy Tow service and is available from 6 p.m. tonight to 6 a.m. on Sunday for towing cars home no farther than five miles. If the distance is farther, the drinker will have to pay the difference to the tow company. The number to call is 800-222-4357.
Posted by The Ka`u Calendar at 9:18 AM