PROTECTING REEF FISH in West Hawai`i Regional Fisheries Management Area waters along 147 miles of coast from South Point to Upolo Point will be the subject of public hearings before the end of this year. A Big Island hearing before the state Department of Land and Natural Resources Division of Aquatic Resources this Thursday was delayed because of insufficient public notice. The new hearing date is set for Wednesday, Dec. 5 at Kealakehe High School in Kona at 6 p.m.

Dr. Bill Walsh, the state Aquatic Biologist in Kona, said this morning that reefs along the west side of the Big Island are in need of management particularly since they are small, young and close to shore. With the Big Island being the newest of the Hawaiian Islands, the reefs have had time time to develop than larger reefs on older islands. While many of the reefs in the West Hawai`i Regional Fisheries Management Area are remote, change is coming, and people are finding out about these special places.
The newest protected place proposed for the West Hawai`i Regional Fisheries Management Area would be a point-to-point 1,500-foot Fish Replenishment Zone at Kaohe Bay, in waters off Pebble Beach in South Kona. The Fish Replenishment Zone would extend to 100 fathoms, and an aquarium fish-collecting ban would be among the new rules. Such Fish Replenishment zones already exist at Ho`okena, Miloli`i and several other places up the coast.
The management area also includes numerous Netting Restricted Areas.
On the agenda for the entire West Hawai`i Regional Fisheries Management Area, which covers 35.4 percent of West Hawai`i’s shoreline, is prohibition of spear fishing with SCUBA tanks, a practice already banned in waters off numerous Pacific Islands and Australia. The new rules would establish size and bag limits for some tangs and kole. They would establish a list of 40 aquarium fish species that collectors and dealers could harvest. One purpose of this “white list” would be to protect and expand populations of reef fish that are rare and unsustainable in home aquariums.
Aquarium collecting would be more heavily regulated throughout the management area, including a requirement for a specific West Hawai`i Fisheries Management Area permit and adherence to rules involving labeling and size of the aquarium specimens collected.
For more on the proposal and the rules up for public comment, see www.hawaii.gov/dlnr/dar/announcements.html.
Public written testimony is due Dec. 19 and can be emailed to darkona@hawaiiantel.net, faxed to 327-6229 or mailed to Division of Aquatic Resources. 74-381 Kealakehe Parkway, Kailua-Kona, HI, 96740.

PUBLIC TESTIMONY ON PUBLIC LAND DEVELOPMENT CORP. rules will be taken through today, in person in Honolulu at the state Department of Land & Natural Resources Board Room; by email to joy.y.kimura@hawaii.gov, fax to 808-587-0390, or by mail with a postmark today to Public Lands Development Corp., No. 1 Capitol District, 250 S. Hotel St., Room 501, Honolulu, HI 96813.
According to a story in this morning’s Hawai`i Tribune-Herald, Brenda Ford is the most vocal critic of the PLDC on the Hawai`i County Council. “She said simply leaving permit approval with a county’s Planning Department is not enough to provide for local oversight.
“Without zoning or land use regulations applying, she worries that development, particularly on state-owned shorelines, would occur with little control,” the newspaper reports.
The Tribune-Herald quotes Ford as saying, “My belief is each island should be in charge of designing their own destiny, and this strips away home rule for each island.
“I’m not opposed to smart development,” Ford said. “This is not smart development.”
Development proposed by the PLDC would use public state-owned lands for economic development to raise money for state government, particularly the DLNR and its conservation programs. State legislator Denny Coffman, who was re-elected last week and will serve from Honu`apo through Na`alehu, Ocean View, Miloli`i and up the Kona coast, said he made a mistake when he voted for PLDC amendments that weakened local oversight and environmental protection. The Tribune-Herald reports on Coffman: “He didn’t realize what was in the committee’s amendment, saying it ‘went under the radar for him.’” He told the reporter, “After that whole bill was passed, after I read the bill, I realized personally I made a mistake. I just don’t think the state should be in the business of trying to develop land to make money.” Coffman told The Ka`u Calendar that he wants the PLDC abolished.
According to grandtheftaina.com, 25 legislators who were elected on Nov. 6 have signed on to support repealing the bill that established the PLDC. Among them are both senators representing Ka`u - Russell Ruderman and Josh Green. The other newly elected member of the House of Representatives in this area is Dennis Onishi, whose district runs from Punlau`u through Pahala, Volcano and Puna. He has yet to decide on the PLDC.
No public hearings on the neighbor islands are planned for the PLDC rules.

SEVERAL PARTIES AND PARTICIPANTS in the Hawai`i Electric Light Company and `Aina Koa Pono docket before the Public Utilities Commission have requested a new, shorter Schedule of Proceedings. The proposed schedule would set the final due date for Companies’ responses to Information Requests on rebuttal testimony as May 3, 2013 instead of Aug. 2, 2013. Those agreeing to the new schedule are HELCO; `Aina Koa Pono; the Consumer Advocate; the Department of Business, Economic Development & Tourism; and the County of Hawai`i. “Biofuels is an important part of Hawai`i’s energy future,” the request states. “The Companies, the Consumer Advocate, DBEDT and COH recognize the importance of alternative fuels and have made this docket a priority, thus resulting in the shorter time schedule. In short, the Schedule is reasonable, as it goes through extensive procedural steps in a timely manner and is consistent with the goals of the Commission’s Rules, namely, to afford the ‘just, speedy and inexpensive determination’ of every matter,” the request states. 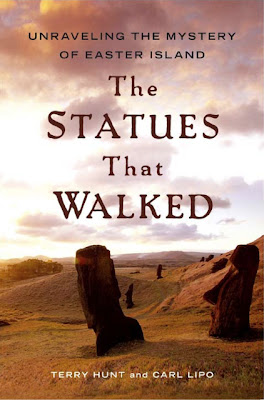 Life of the Land, which intervened and is one of the parties in the procedure, objected to the new schedule.
A decision by the PUC would come after the schedule is completed in August 2013.
Deadline for public written comments to the Public Utilities Commission regarding the proposed biodiesel supply contract is Friday, Nov. 30. Email testimony to hawaii.puc@hawaii.gov or mail to 465 South King Street, #103, Honolulu, HI 96813.

DR. TERRY HUNT, co-author of The Statues That Walked: Unraveling the Mystery of Easter Island, outlines evidence for Easter Island’s prehistoric success and explores how and why this most isolated culture avoided collapse at tonight’s After Dark in the Park. The program begins at 7 p.m. at Kilauea Visitor Center in Hawai`i Volcanoes National Park.

A FREE CONCERT AT Pahala Plantation House features Ali`i Keanaaina and his band tomorrow at 7 p.m. In September, they played at Kilauea Visitor Center Auditorium and will perform music from their new CD, He Mele No. Call 928-9811 for more information.

POHAKULOA COVE, SOUTH OF GREEN SANDS, is the site of Hawai`i Wildlife Fund’s Ka`u coast cleanup on Saturday. Volunteers meet at Wai`ohinu Park at 7:45 a.m. to carpool and caravan to the site. Four-wheel-drive and high-clearance vehicles are needed to access the cove. RSVP at 769-7629 or kahakai.cleanups@gmail.com to coordinate rides.

KA`U SCHOOL OF THE ARTS hosts its Fall Fling this Saturday at Punalu`u Bake Shop from 9 a.m. to 4 p.m. The event includes music, hula, creative corner, talent contest and an arts and crafts sale. For more information, call Ms. Davis at 967-7565.

ALSO SEE KAUCALENDAR.COM AND FACEBOOK.COM/KAUCALENDAR.
Posted by The Ka`u Calendar at 1:46 PM