THE NEW CONSUMER ADVOCATE for the state of Hawai`i is Dean Nishina. His official title is executive director for Department of Commerce and Consumer Affair’s Division of Consumer Advocacy.
The state Consumer Advocate has been involved in such Ka`u issues as the `Aina Koa Pono biofuel plant for producing electricity that was planned for Wood Valley, the ongoing controversy over industrial scale solar installations planned for Ocean View neighborhoods, and the proposed rate hikes by Hawai`i Electric Light Co. All three were proposed to the state Public Utilities Commission where Nishina gives his testimony on behalf of the public.
Nishina has been serving as acting executive director since Sept. 1, following the departure of Jeffrey Ono, who returned to private practice.
As the Consumer Advocate, Nishina oversees the division’s representation of consumer interests before the PUC and other local and federal agencies. Nishina previously served in the role from December 2009 to January 2011.
“We are extremely pleased that Dean has agreed to return as the state’s Consumer Advocate,” said Catherine Awakuni Colón, director of the Department of Commerce and Consumer Affairs. “He has been with the department for nearly 25 years, and has a wealth of experience in the area of public utilities. His depth of knowledge would truly be a benefit to protect the interests of Hawai`i’s consumers. ”
Nishina has recently served as public utilities/transportation administrator for the Division of Consumer Advocacy. He has filled various roles of increasing responsibility within the division since 1992. Earlier, Nishina worked as an audit and financial consulting senior for Arthur Andersen & Co, LLP, where he specialized in auditing and accounting of electric and gas utilities, government and telecommunications industries.
“I look forward to continuing to advocate on behalf of the state’s consumers in this dynamic period,” said Nishina. “Hawai`i’s energy environment has seen significant changes over recent years. Going forward, we remain committed to balancing the demands of Hawai`i’s energy landscape to promote renewable energies to achieve the state’s goal of 100 percent clean energy by 2045. Nishina received his undergraduate degree in economics and psychology from Northwestern University, and his M.S. degree in professional accountancy from DePaul University.
To read comments, add your own, and like this story, see Facebook. Follow us on Instagram and Twitter.
ELLISON ONIZUKA KONA INTERNATIONAL AIRPORT AT KEAHOLE is Kona Airport's new name. Gov. David Ige signed the name change into law in July and it became official Jan. 1.
Onizuka, the Hawai`i Island astronaut who lost his life on the space shuttle Challenger, was tied to Ka`u through his wife Lorna Leiko Yoshida. She was originally from Na`alehu, where her father Susumu worked for Hutchinson Sugar Co.
Lorna Onizuka's mother Anna grew up in Na`alehu and later moved to Houston to be with the Onizuka family. Ellison and Lorna had two daughters, Janelle Onizuka-Gillilan and Darien Lei Shizue Onizuka-Morgan. Lorna has worked for NASA and as a liaison with Japan’s space agency.
Ellison Onizuka graduated from Konawaena High School in 1964. He entered Air Force ROTC and received an aerospace engineering bachelor's and master's degrees from University of Colorado at Boulder.
For the Big Island, Ellison Onizuka was a champion of science and space, giving inspiring presentations at schools and other venues, on tour as the first Asian-American astronaut. He died, along with six other crew members, when the space shuttle Challenger exploded upon lift off on Jan. 28, 1986.
With the re-establishment of a U.S. customs station in the airport last month, Hawaiian Airlines launched service between Haneda and Kona International Airports, bringing flights from Japan back to the Big Island for the first time since 2010.
To read comments, add your own, and like this story, see Facebook. Follow us on Instagram and Twitter.

COFFEE BERRY BORERS, the scourge of Ka`u and Kona coffee farms, have made their way to Maui, according to the state Department of Agriculture. Scott Enright, chair of the state Board of Agriculture, urges all Ka`u, Kona and other coffee farmers with CBB in their fields to “continue to be vigilant and learn about CBB and how infestations can be detected and managed.”
“Despite strict quarantine rules that have been established on the interisland movement of coffee plants and plant parts from Hawai`i Island, CBB infestations have been extremely difficult to contain,” said Enright.
The statement describes coffee berry borer as “a serious pest of coffee that was first detected in the state in Kona in 2010.”
Speculation is that it arrived in bags of imported coffee used to mix with Kona coffee for blended brands. From Kona, the borer made its way to Ka`u, possibly on coffee bags, on the clothing of coffee pickers and on vehicles going back and forth between coffee farms in Ka`u and milling and roasting operations and farms in Kona.
The spread to Maui was suspected when coffee berry borer was detected in December on a coffee farm in Kipahulu. A neighbor of the 13-acre farm reported possible CBB to an extension agent at the University of Hawai`i, College of Tropical Agriculture and Human Resources on Maui. Entomologists at the Hawai`i Department of Agriculture confirmed that it was coffee berry borer.
UH-CTAHR reports that the entire Maui farm where the borer was detected has been found to be infested with CBB, which indicates the infestation has been there for some time.
Earlier in November, 2016, a resident in Hana contacted HDOA about CBB in two backyard coffee trees. Those backyard trees were stripped of all coffee berries and fallen cherries have been collected and frozen to kill CBB. HDOA continues to monitor CBB traps at that site. Although the Kipahulu farm and the Hana residence are about 12 miles apart; it is not known if the two infestations are related.
The state Department of Agriculture surveys have been conducted in West Maui, Iao Valley and Waikapu, and CBB has not been detected in those areas. Its Plant Quarantine Branch is also working on expanding quarantine protocol for movement of coffee plants and plant parts from Maui to uninfested areas.
To read comments, add your own, and like this story, see Facebook. Follow us on Instagram and Twitter.


THE HIRE VETS ACT OF 2017 was introduced into Congress this week by the Democrat, Rep. Tulsi Gabbard and the Republican, Paul Cook. The bipartisan bill was previously introduced and passed the House with unanimous support in November 2016, but the Senate was unable to pass it before the end of the year.
The legislation would promote private sector recruiting, hiring, and retaining of men and women who served honorably in the U.S. military through a voluntary and effective program. It would create an award program recognizing the meaningful, verifiable efforts undertaken by employers – both large and small – to hire and retain veterans. Cook and Gabbard designed the program to be self-funded.
Through the U.S. Department of Labor, the HIRE Vets Act would allow businesses to display “HIRE Vets Medallions” on products and marketing materials. These medallions would be awarded as part of a four-tiered system – Bronze, Silver, Gold, and Platinum – associated with specific hiring and retention goals each year.
The program also establishes similar tiered awards for small and mid-sized businesses with less than 500 employees. To ensure proper oversight, the Secretary of Labor would be required to provide Congress with annual reports on the success of the program with regard to veteran employment and retention results. 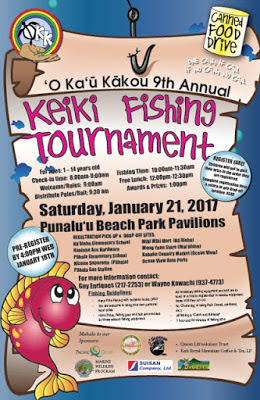 Said Gabbard, “Roughly 500 veterans return to civilian life every single day, joining the more than 2.9 million veterans that have returned home since 9/11. While we’ve taken some important steps to encourage employers to hire more veterans, more than 400,000 veterans across the country are still unemployed today. Through their service, veterans develop unique skills, experiences, and leadership training that make them especially valuable to employers. The HIRE Vets Act incentivizes employers to hire veterans, and recognizes employers that provide a supportive work environment to retain veteran employees. I encourage our colleagues to join us in passing this bill unanimously again to move this support for our veterans and employers forward.”
Gabbard's Republican partner for introducing the bill, Paul Cook, said, “The HIRE Vets Act is an opportunity for Americans to see which companies truly live up to the employment promises they make to veterans. Veterans who serve this country honorably shouldn’t struggle to find employment, and this bill creates an innovative system to encourage and recognize employers who make veterans a priority in their hiring practices.”
To read comments, add your own, and like this story, see Facebook. Follow us on Instagram and Twitter. 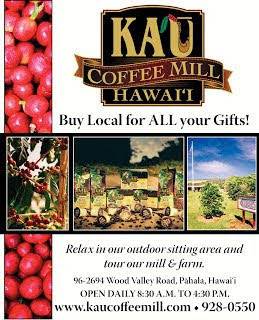 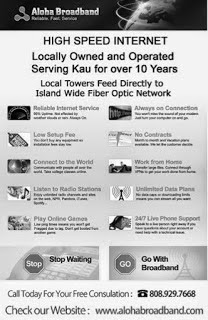 Posted by The Ka`u Calendar at 9:37 PM Links to this post