THE PUBLIC UTILITIES COMMISSION, under its new director Mina Morita, is moving to make negotiated contracts between the Hawaiian Electric Industries and energy providers available to the public. HECO’s contracted prices for purchasing electricity from such proposed projects as the `Aina Koa Pono refinery and biofuel farm in Ka`u have been withheld to date, and `Aina Koa and HECO representatives said it would not be fair to reveal their contract prices in such a competitive market.
However, the PUC has directed HECO to disclose details of its renewable energy contracts. According to a report in Pacific Business News, “the change has affected recent applications that HECO officials have filed with the commission, and highlights potential conflicts between pricing transparency and protecting the utility’s ability to privately negotiate optimal rates for customers.”
`Aina Koa Pono representatives said they should have an update on their Ka`u project sometime in June. 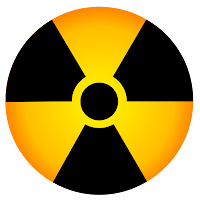 RADIATION IN THE AIR from the broken nuclear plants in Fukushima, Japan are no longer detectable, and radiation in milk produced on the Big Island has dropped to half, remaining miniscule and of no danger to the public. This is according to an announcement from the Environmental Protection agency. The state Environmental Health Services Director Lynn Nakasone concurred, explaining that less radiation in the air means that radiation is not falling on the grasses being consumed by cows and making its way into milk. There was no iodine-131 found in the milk, as radioactive iodine only lasts about eight days. There are, however, miniscule amounts of cesium-137, which has a half-life of up to 30 years. While the amount of cesium in Hawai`i milk is higher than on the mainland, it is one fifteen-hundredth of the amount that would cause milk to be pulled off the shelves.
MAC FARMS OF HAWAI`I, one of Ka`u’s largest employers, has been unavailable to answer questions regarding a federal suit that is attempting to blame farms and farmers for poor housing conditions and labor practices of Global Horizons, a workforce contractor who brought Thai laborers here.
Farms across the state have been named in the federal suit by the Equal Employment Opportunities Commission, which claims the farm operators should have known of illegal labor practices by Global Horizons.
Representatives of some of the farms sued by the government said they had no knowledge of any mistreatment of the Thai workers who had a reputation of being a good workforce who appreciated the wages they took back home to their families. They claim that the housing, recruitment and transportation were arranged by Global Horizons and not the farms themselves.
The government, however, claims that Global Horizons charged the laborers outrageous recruitment, housing and transportation fees and placed them in illegal housing conditions, and the farms should have known about it.
The workers picked macadamia nuts, coffee, pineapple and other food crops across the state. The six companies sued along with Global Horizons are: Mac Farms, Captain Cook Coffee Co., Kaua`i Coffee, Del Monte Fresh Produce, Kelena Farms and Maui Pineapple Co.
With the high cost of housing and airline tickets to bring in foreign workers, a need for local people to find jobs in Ka`u, and a drought that decreased agricultural production, farm managers have cut back altogether on hiring imported labor in recent years.


THE U.S. BUREAU OF ECONOMIC ANALYSIS released a report yesterday showing that the Big Island suffered less of a loss of income during the recession in 2009 than Maui and Kaua`i counties, and that income stood up better here than on the mainland. Across the country income decreased 2.6 percent, while Hawai`i County showed a decrease of 1.5 percent, Maui 3.3 percent and Kaua`i 1.9 percent. Personal income had been rising higher in Hawai`i than across the nation before the recession hit and is expected to rise again next year.
LAST NIGHT THE KA`U HIGH TROJANS took down St. Joseph’s in three quick sets at the Ka`u High gym. The scores were 25-11, 25-10 and 25-16. Donald Garo, Jr. and Tyler Villa-Navarro made eight kills.

THE FRIENDS OF THE VOLCANO SCHOOL OF ARTS AND SCIENCES are beginning their $97,000 Phase One fundraising campaign to refurbish and modernize Volcano’s historic Keakealani Volcano School House. At a recent event sponsored by Kamaaina Nissan, VSAS staff and students won the first prize of $500 for their imaginative scheme to fit 24 people into a Nissan ‘Cube’ car. The community public charter school holds a Keakealani Walkfest on April 28 to earn sponsorship for the fund.

Gifts are welcomed through the Friends of VSAS donor program and will be recognized with commemorative tiles on the new campus and/or in community publications. Call 985-9800.

THY WORD MINISTRIES’ annual Easter Family Fun Day happens tomorrow from 9:30 a.m. to 1 p.m. at Na`alehu Hongwanji. There will be food, games, prizes, an Easter egg hunt, music and hula.
AS PART OF NATIONAL PARK WEEK, Hawai‘i Volcanoes National Park is waiving entrances fees to the park through Sunday. Tomorrow, the park features a program about the Art & Traditions of Hula at Kilauea. Hula kahiko performances and talk story sessions take place from 10:30 a.m. to 2:30 p.m.
On Sunday, Kilauea Military Camp hosts an Easter egg hunt at 9 a.m., with registration starting at 7:30 a.m. KMC’s Crater Rim Café serves an Easter brunch from 7:30 a.m. to 1 p.m. and Easter dinner from 5 p.m. to 8 p.m.
Posted by The Ka`u Calendar at 10:21 AM Links to this post