PREPARE FOR THE WORST, HOPE FOR THE BEST is the policy of public officials preparing for the arrival of Ana into Hawaiian waters. She reached category one hurricane strength at 75 mph this morning. While Ana is tracking farther west and south than earlier expected, flooding, wind damage and storm surge remain a moderate risk for Ka`u. The eye of Ana is expected to pass more than 140 miles makai of South Point overnight as she tracks offshore parallel to the Hawaiian Islands and heads toward French Frigage Shoals and National Wildlife Refuge in the northern islands.

At 11 a.m., the National Weather Service reported that Ana was located about 230 south of Hilo, moving west-northwest at 14 mph. She is expected to turn to the northwest this afternoon and tomorrow and pass south of O`ahu Saturday night. County Civil Defense recommended today that residents of shoreline areas like Punalu`u, move to higher ground.
A U.S. reconnaisance aricraft will be sampling Ana this afternoon, while a NOAA Gulfstream IV continues to probe the surrounding environment. The Weather Service warned that only "a slight shift to the right in the forecast track could mean siginificant differences potential impacts the main Hawaiian Islands," through 8 a.m. Sunday when she is forecast to be south of Kaua`i.

Television coverage with interviews of Ka'u residents preparing for the storm noted that the new Ka`u emergency shelter is still under construction, the shutdown of public, charter and Kamehameha Schools, cancellation of sporting events and closure of Hawai`i Volcanoes National Park and local beach parks and public libraries. The cautious preparation led to numerous cancellations of reservations and the departure of visitors from Ka'u accommodations.

Mileka Lincoln, of Hawai'i News Now, began filming from Punalu'u Beach Park yesterday and Kalae this morning. She interviewed campers, including some who live at Punalu'u, saying they plan to get out of the way as beach parks are closed by the county. At Kalae, Lincoln reported from the cliffs at dawn, stationed above calm seas at the fishing hoist and ladder, reporting that waves could rise to ten, then possibly 40 feet.
However, With the prospect of calmer seas around the islands, airlines, cruise lines and cargo ships began restoring their schedules. Young Brothers planned to send the barge from Honolulu to Hilo this evening and the Coast Guard considered keeping Hilo and Kawaehae ports open.
All weather prediction models used by the National Weather Service, some of which earlier took Ana over the Big Island, keep her offshore. None of the tropical winds are expected to reach this island, according to forecast from Pacific Hurricane Center. However, heavy rains and flooding could pop up unexpectedly, officials said.  Recommended preparedness actions may be found on the Hawai`i Emergency Management Agency website at scd.hawaii.gov. Residents are also encouraged to enroll in local notification systems and monitor local radio and television broadcasts.  To comment on or like this story, go to facebook.com/kaucalendar.


KA`U CHAPTER OF HAWAI`I FARMERS UNION UNITED was planning to hold its meeting at Na`alehu Community Center at 5:30 p.m. but the county has closed the facility.
President of the organization Malian Lahey reported cancellation of the meeting today after 3 p.m. and said it will be rescheduled.
Guest speaker at the meeting to be announced is Tane Datta, of Adaptations, Inc., who will discuss how to bring produce to market. Datta runs a farm in South Kona that distributes produce through a Community Supported Agriculture model. He grows kale, watermelon, radishes, Swiss chard, fennel, asparagus, spearmint, opal basil, edible flowers and more. He also distributes produce from other farmers to 70 hotels and restaurants statewide.
The 8.5 acre farm features an acre in coffee, three acres in intensive production and the rest in orchards. The family started farming more than 25 years ago in Hawai`i, with produce over the years also including choi, eggplant, micromix, avocado, citrus, lettuce, poha, medicinal plants, passion vine, squash and cinnamon.
The farm is certified organic and is featured on the University of Hawai`i's College of Tropical Agriculture and Human Resources website.
The public is invited to all Ka`u Farmers Union meetings. Farmers and backyard growers are invited to bring food to share.  To join the Farmers Union, call at 503-575-9098.
To comment on or like this story, go to facebook.com/kaucalendar.

VOLCANO ART CENTER'S ANNUAL MEETING has been postponed from tomorrow to Sunday, Oct. 26 at 3 p.m. The meeting had been set for this Saturday, but changed due to the uncertainty of the possible arrival of tropical storm winds from Ana. The general membership meeting will be held at the Niaulani Campus on Old Volcano Hwy.

HAWAI`I VOLCANOES NATIONAL PARK is expected to reopen at noon tomorrow unless there is damage from tropical storm winds from Ana, which is expected to track parallel to the islands overnight near the Big Island and farther up the chain tomorrow.

INPUT FROM CITIZENS regarding proposed increases in Hawai`i Volcanoes National Park entrance fees is coming in. One Ka`u resident who lives here in the winter and Alaska in the summer opposes the increases in fees. Francis Mitchell writes: "I am a Golden Passport holder so the proposed fee increases will not directly affect me.


"Nevertheless, I think the planned increases are contrary to the purpose and spirit of our National Parks. American National Parks are gems that belong to all the people and insofar as possible they should be accessible to all the people, especially lower income families whose vacations and day-off activity choices are necessarily constricted by costs.
The trend toward more direct user charges for access to publicly owned lands should be reversed.  Likewise, privatizing services on public lands should be severely restricted. Congress should honor the public nature of our National Parks by adequately funding them to maintain affordability for all Americans.
In keeping with the Parks' mission to offer all citizens the opportunity to experience these very special American places, I would like to see the National Park Service cap entry fees or reduce them. Cut back on some physical improvements. Urge visitors to press their Congressional representatives to appropriate the moneys required for those improvements and then let the public know that maintenance and improvements depend on those appropriations, rather than having funding of operations dependent on ever-increasing user fees.
The announced levels of fee increases will no doubt cause many people to skip Park visits in the future and will deter others from making repeat visits. Fifteen dollars – Twenty Five dollars, these are private venue rates, not public facility rates.
A reasonable entry fee is justifiable. Something similar to the Golden Passport should be offered to all visitors – a one time payment covering multiple visits to any National Park over an extended period of several years or for a lifetime.
"Even better, and more affordable to those with limited incomes, would be a cumulative payment lifetime permit. For example, a person pays a modest fee each time they enter any Park; their card is run through a bar code reader each entry-payment;  the bar code readers communicate with a central National Park system database; when they have paid the visitor fees ten times, the card is “marked” by the bar code reader as a permanent pass – without any future payments required. This would also be a way to encourage people and their family members to become National Park regulars.
National Park Service is not a business and should not be. It should not be run like a business. It should be run as a service to the taxpayers, funded by our taxes," Mitchell concludes.
For the information on the park's proposal for the fee increase, see the Wednesday, Oct. 15 edition of the Ka`u News Briefs.
Input for the proposed fee increase is being taken by the park through Dec. 15. The public is invited to submit comments online at http://parkplanning.nps.gov/havo or in writing addressed to Superintendent, Hawai`i Volcanoes National Park, P.O. Box 52, Hawai`i National Park, HI 96718. The deadline is Dec. 15.   To comment on or like this story, go to facebook.com/kaucalendar. 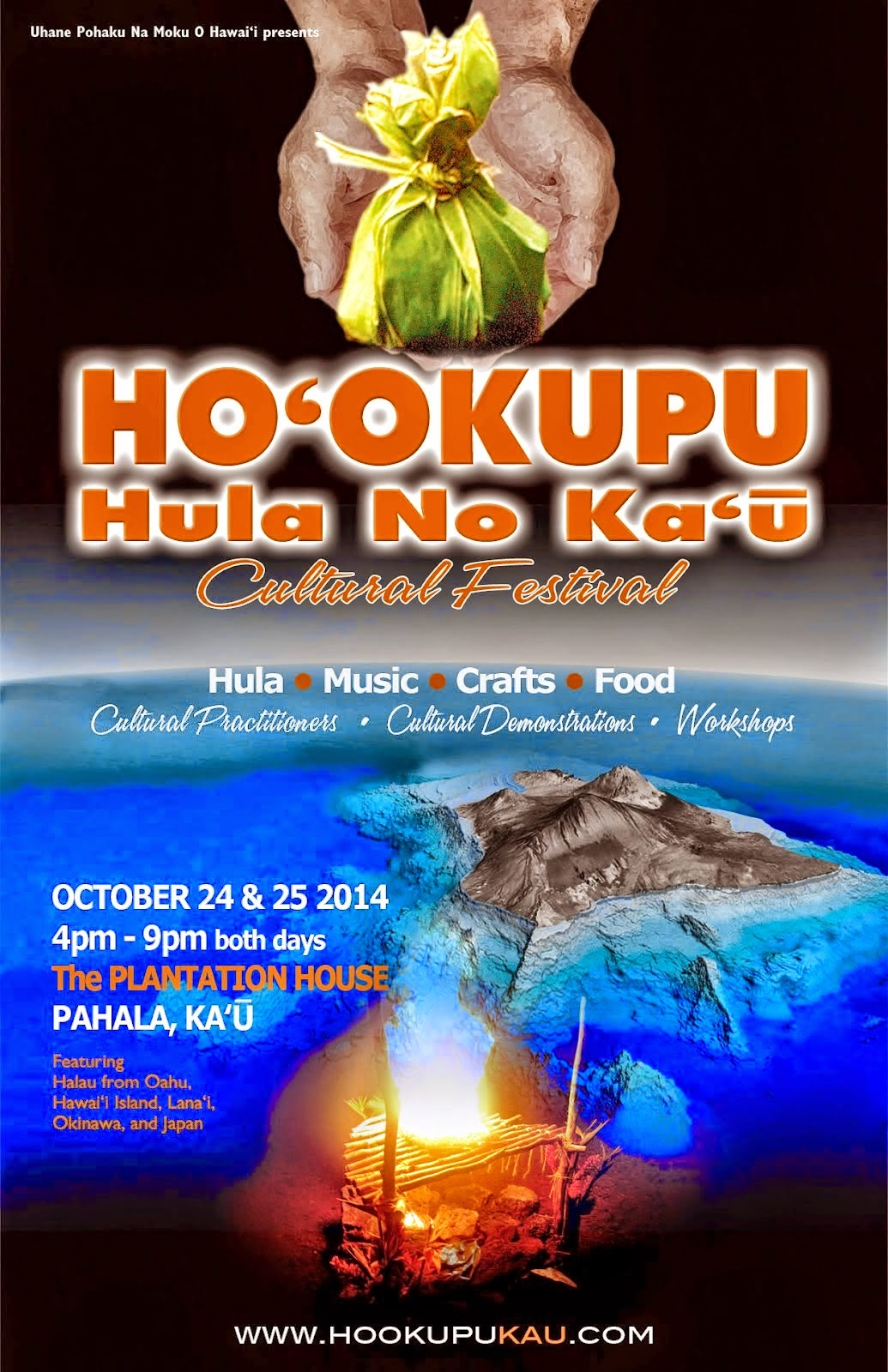 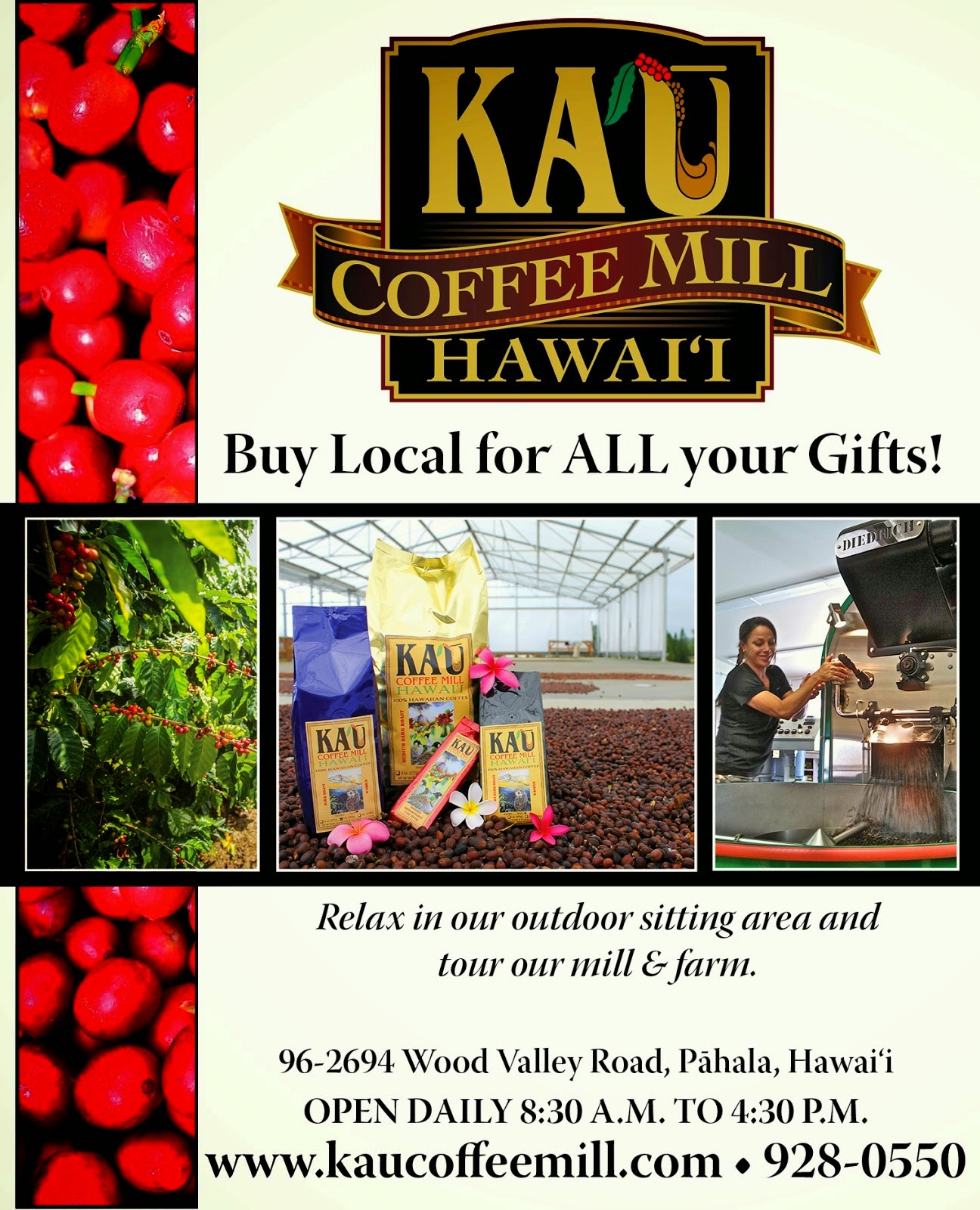 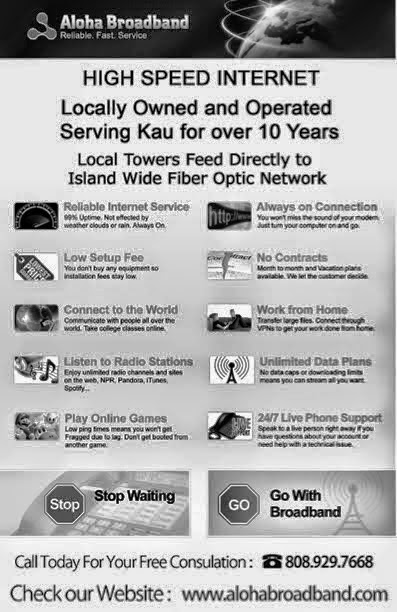 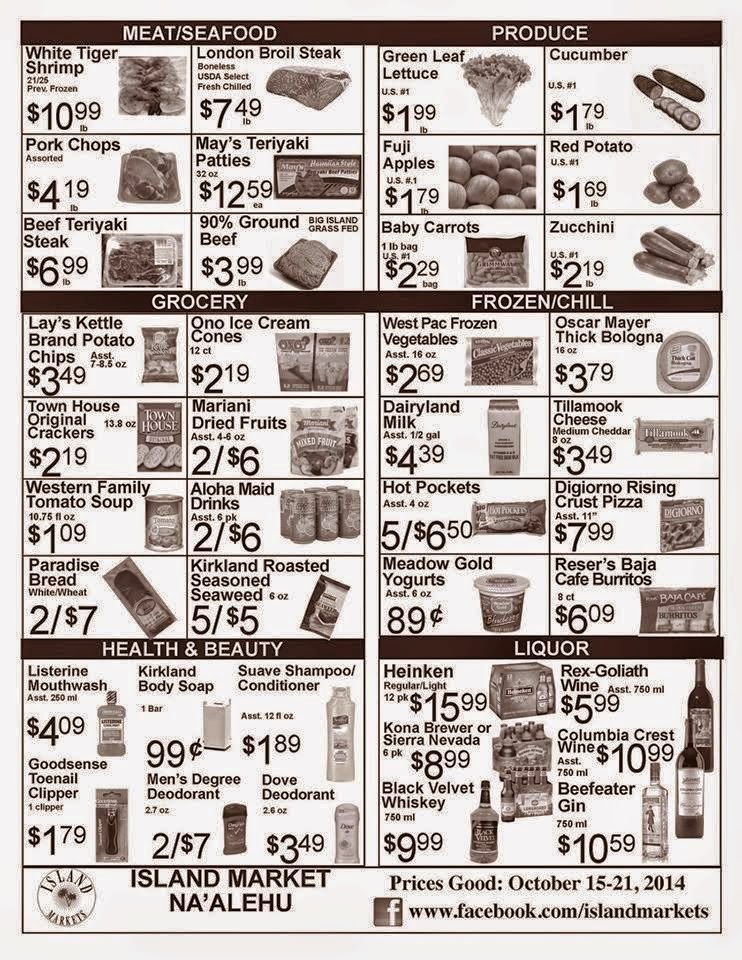 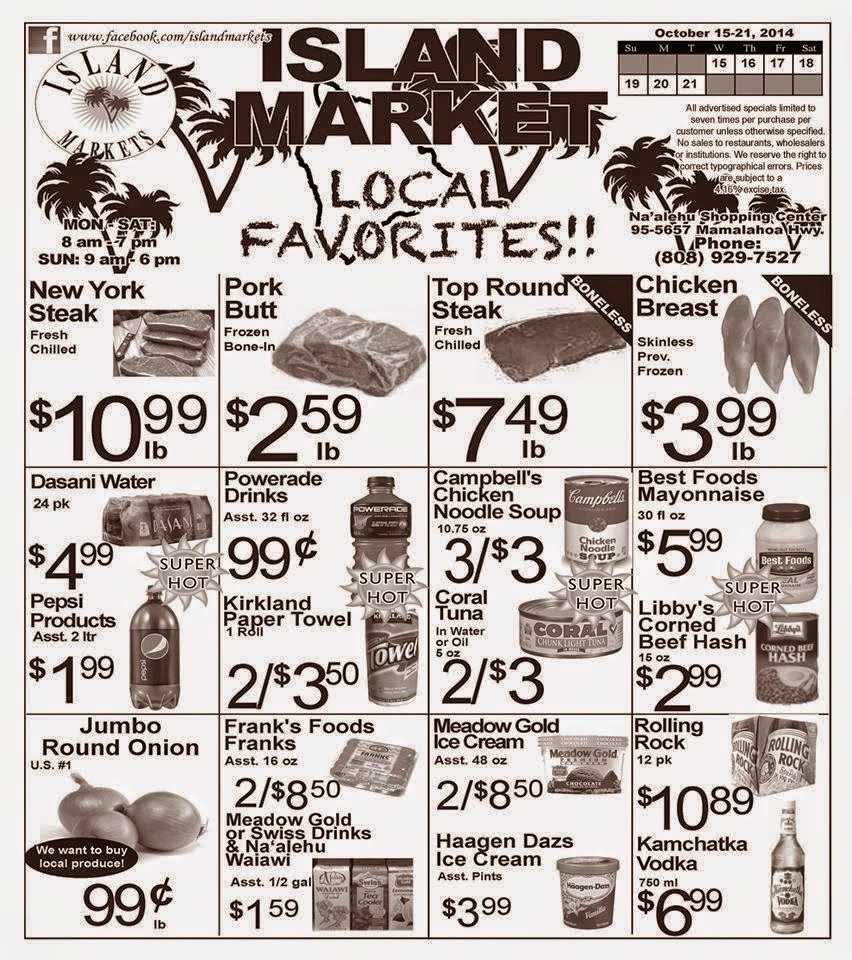