THE VOG DISASTER DECLARATION for the Big Island has been renewed by the U.S. Department of Agriculture. Hardest hit has been the Ka`u District, where in 2008 McCall’s fresh flower business almost came to a halt in Wood Valley, the Ocean View protea flowers withered in the sulfur dioxide, macadamia and coffee blossoms fell off trees, Hester’s fresh vegetables suffered burns and ranches saw calves losing their health and fences rusting away. The new declaration acknowledges that vog, while less than during the initial months of intense emissions from Halema`uma`u Crater, carries on.
The extension of the declaration allows farmers and ranchers to apply for disaster loans.
Gov. Neil Abercrombie released a statement yesterday, saying that agriculture here “continues to have a difficult time with the cumulative effects of vog on their crops and livestock operations.”
Hawai`i County agricultural producers can apply for emergency loans before August. For more information, contact the Hilo office of the USDA Farm Service Agency at 933-8381 ext. 2.

PROPOSED UNDERWATER CABLES to deliver geothermal, wind and other alternative energy from one island to another gained approval yesterday from the state House of Representatives committees on Energy & Environmental Protection and Water, Land & Natural Resources. Rep. Bob Herkes voted for the bill in both committees. Sen. Gil Kahele said he supports such a measure, particularly with the opportunity it could provide for geothermal on this island.
The House bill drew testimony from Gov. Neil Abercrombie, who asked for legislation to establish financing and regulations for the interisland cable system. The bill says that the cables would “provide the islands with increased energy security and system efficiencies and enable the islands to provide each other with backup power.” It does not mention Lana`i or Moloka`i plans for windmills to create power for O`ahu, which drew some opposition on those islands during last year’s Legislature when a similar bill failed. However, it does mention geothermal, wind and solar as possible energy sources for the cable.
The chair of the Public Utilities Commission, Mina Morita, supported the measure to “encourage the use of renewable energy with no preconceived notions. All potential renewable sources should be considered on the neighbor islands and O`ahu,” she stated. Also supporting the bill was Jeffrey Ono, the consumer advocate who often weighs in on PUC issues.
However, two House members voted against the bill. They were two Republicans, Rep. Cynthia Thielen and Rep. Gil Riviere, who said that investing in such a cable system could drive electric rates even higher. According to a Honolulu Star-Advertiser story this morning by Alan Yonana, Jr., Thielen asked Ono, “Aren’t you the consumer advocate? Aren’t you trying to keep utility rates down?”
The bill sets up a system by which the cable owner would charge a utility or energy provider a tariff to carry the electricity. The fee would be controlled by a commission, much like the PUC controls electric and shipping rates.
The Office of Hawaiian Affairs testified that development of undersea cable “is of particular concern to OHA and our beneficiaries because any interisland power cable in the state would lie across submerged ceded lands and affect OHA revenue from the use of these lands.”
OHA testimony states, “Many of our beneficiaries throughout the islands are greatly concerned about the potential impacts that these projects will have on their communities, sacred spaces, and ability to participate in traditional and customary practices.” OHA asked for outreach and dialogue on the costs and benefits of the cable system before the community considers accepting the project.

LOVE IS IN THE AIR. Volcano Art Center hosts its annual Love the Arts fundraiser today at its Niaulani Campus in Volcano Village from 5:30 p.m. to 9 p.m. with gourmet Italian food and art presentations. Tickets are $60 at the door. 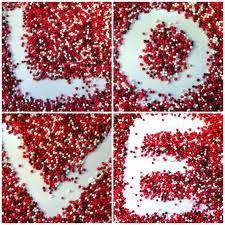 SOUTH SIDE SHAKA’S has Valentine’s Day dinner from 5 p.m. to 9 p.m. on Tuesday. The menu includes prime rib and crab. Call 929-7404 for reservations.

TWO GUIDED HIKES are offered at Hawai`i Volcanoes National Park tomorrow.
A moderately difficult hike crossing 2.5 miles of rugged terrain in the Kahuku Unit takes place from 9:30 a.m. to 12:30 p.m. Participants should wear appropriate walking attire and bring water.
Nick Shema leads a three-mile round-trip walk exploring the Mauna Ulu area in the Kilauea section of the park from 12 p.m. to 2 p.m. The hike is free to Friends of Hawai`i Volcanoes National Park members, and non-members are welcome to join in order to attend. Park entrance fees apply. Call 985-7373 or email admin@fhvnp.org.
See our major sponsors at www.kaucoffeemill.com and www.pahalaplantationcottages.com.
Posted by The Ka`u Calendar at 10:14 AM Links to this post