FARMERS AT MOA`ULA COFFEE FARMS will be protected in their land tenure, according to Chris Manfredi, of Ka`u Farm & Ranch, LLC, the entity that recently received approval to subdivide the 2,000 acres into 101 parcels. The land would still be designated for agriculture except for 1.5 acres, which would be taken out of production on each farm lot should new owners decide to build their houses. Farmers will be compensated for three years of production on the land taken out of coffee, he said.
Manfredi said he is working on long-term leases for the existing farmers. The plan for the land also calls for an agricultural research station on a lot with a minimum size of 2.4 acres. It also creates a lot for housing for coffee workers and a parcel for a coffee processing plant. Manfredi said that in addition to the existing farmers, people inspired by the success of Ka`u Coffee, including experts in the field, have shown interest in buying farm lots and becoming part of the coffee-growing community. The Project Unit Development approved by the county requires building roads in the area, water for the lots through catchment or delivery from a well, and prohibits more than one house on each lot.
The land is zoned for 20-acre agricultural lots, but the PUD allows smaller lots.
THE FIRE COMMISSION began hosting public meetings and interviews this morning to determine who will succeed Darryl Oliveira as fire chief. The names of five candidates are Aaron Arbles, Glen Honda, Gerald Kosaki, Paul Paiva and Darren Rosario. The hearings allow public input on the candidates. The first was set for Hilo this morning at the Department of Liquor Control Conference Room. Another will be at 9 a.m. on Thursday at West Hawai`i Civic Center. Submit testimony in person or by mail to Fire Commission, Corporation Counsel, 333 Kilauea Ave., 2nd Floor, Hilo, HI 96720, or email to jkualii@co.hawaii.hi.us. 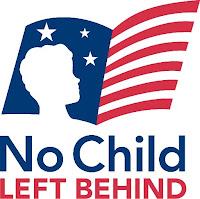 KA`U HIGH SCHOOL, PAHALA ELEMENTARY AND NA`ALEHU ELEMENTARY Schools are continuing to work on bringing up scores this year in required standardized testing. The schools are managed under the “restructuring” category of No Child Left Behind, as scores over six years came in under required improvements.
The state Department of Education released school-by-school assessment results yesterday.
According to the Center for Comprehensive School Reform and Improvement, schools that do not make progress must take “corrective action.” Schools may choose to replace school staff, contract an organization to run the school, charter the school, or turn over school operations to the Hawai`i Department of Education, among other options.
Principal Sharon Beck said that Ka`u schools are improving over time.
MONEY FOR BEAUTIFICATION is available for one elementary, one middle and one high school. The $5,000 grants by the Cooke Foundation are for completing projects that beautify the school environment “and significantly enhance the school's overall appearance and ambiance." Schools in Hawai`i, including charter schools, can apply.
“A beautiful environment at school is conducive to learning and encourages respect for one’s school, respect for others and respect for oneself,” said Lynne Johnson, Cooke Foundation trustee. Students, parents and faculty are required to participate in the beautification. To apply, call Tasha Tanimoto at 808-772-2300 or email tasha@bennetgroup.com.
THE FUTURE OF HAWAI`I VOLCANOES NATIONAL PARK continues to be discussed in talk story sessions from 6 p.m. to 8 p.m. tonight at Pahoa Community Center, and tomorrow, Wednesday, Aug. 24, at Na`alehu Community Center.
Options for the new General Management Plan for the park include status quo to dramatic changes, like restricting some of the vehicular traffic on Chain of Craters Road and putting more roads, campgrounds and a restaurant at Kahuku.
Options include more recycling and self-sustaining, enhancing communication with the community to tackle issues, establishing high-level trails linking upper slopes of Kahuku on Mauna Loa with the Mauna Loa Wilderness, and more money for restoration.
The current General Management Plan was adopted over 30 years ago. Since then, the park has more than doubled in size, and visitation has grown, with Hawai`i Volcanoes National Park becoming one of the most visited places in all of Hawai`i.
The park asks for comments to be sent by Sept. 30 online by going to http://parkplanning.nps.gov/havo or by mail to Cindy Orlando, Hawai`i Volcanoes National Park, P.O. Box 52, Hawai`i Volcanoes National Park, HI 96718.

GEOPHYSICIST MIKE POLAND is the featured speaker tonight at Hawai`i Volcanoes National Park’s After Dark in the Park. He will review Kilauea’s March Ka-moa-moa fissure eruption and discuss Pu`u `O`o’s current activity. The floor of the Pu`u `O`o vent on Kilauea’s east rift zone collapsed in March. Lava erupted between Napau and Pu`u `O`o, beginning the Ka-moa-moa fissure eruption that reached over a mile long. The event begins at 7 p.m. at Kilauea Visitor Center Auditorium.
COUNTY COUNCILMEMBER BRITTANY SMART, state Office of Aging executive director Wes Lum and Hawai`i County Office of Aging executive Alan Parker are hosting meetings on needs of senior citizens. The first will be tomorrow at 1:30 p.m. with South Kona Seniors Club at St. Benedict’s “The Painted” Church. This Thursday, they meet at 10:30 a.m. at Na`alehu Community Center and 2 p.m. at Pahala Senior Center. Another meeting takes place in Mt. View on Friday at 10 a.m. Smart joins Volcano Seniors Club at Cooper Center on Sep. 29 at 9:45 a.m.
KILOHANA DOMINGO AND HIS MOTHER LEHUA share the skills and arts of lei hulu, or feather lei making, and papele lauhala, or lauhala weaving, from 10 a.m. to noon tomorrow on the lanai of Kilauea Visitor Center in Hawai`i Volcanoes National Park.

PARTICIPANTS WILL LEARN STRATEGIES to protect homes and families against wildfires during a Wildfire Preparedness Workshop on Thursday at 6 p.m. at Ocean View Community Center. For more information, call Carolyn Stewart at 885-6354.
Posted by The Ka`u Calendar at 10:10 AM Links to this post