One widely discussed possible reason for the mayor having won his reelection Nov. 6 is his effort to refrain from being Hilo-centric and his attempt to pay attention to the population living on the other side of the island from the county seat.
This will be the first time that the managing director of Hawai`i County has operated from Kona. Lau, who became deputy managing director when Kenoi became mayor in 2008 and has operated out of Kona, will set up office in the new West Hawai`i Civic Center.
The deputy managing director’s office will move to Hilo, where Kurohara will transition from the directorship of the county Department of Research & Economic Development.
Staying on in top county administrative spots are director of Public Works, Warren Lee; Civil Defense director, Ben Fuata; director of Finance, Nancy Crawford; and Corporation Council (the county attorney), Lincoln Ashida. Acting director of Environmental Management, Dora Beck, is expected to remain until another manager is found. The county is also looking for a new head of Research & Development to replace Kurohara.
Four executive assistants to the mayor will be Charmaine Shigemura, Karen Tishima and Kevin Dayton in Hilo and Bobby Command in Kona.
Shigemura said this morning that the mayor plans to continue to bring department heads to meetings in Ka`u and around the island to “continue to live up to his promise of being accessible to the community.”

GOV. NEIL ABERCROMBIE plans to propose to the Legislature a measure moving Hawai`i toward 100 percent mail-in voting. “The right to vote is one of our most cherished duties as U.S. citizens. Therefore, we must ensure that our voting process runs smoothly and efficiently,” Abercrombie said. “Moreover, absentee ballots have seen a steady increase and use over the last several elections, and there has been no evidence to question the accuracy and security of these ballots relative to traditional methods.
He said 100 percent mail-in voting has been effective in other parts of the country. Wikipedia lists Oregon and Washington as states using the system.
The measure follows circumstances that resulted in a shortage of paper ballots at several O`ahu polling places during the November general election. “I agree with criticisms that the handling of election operations raises legitimate concerns,” Abercrombie said. “I do not plan to simply stand on the side and wait to see what the Office of Elections’ own review may bring. At a minimum, we must consider new technologies that can help bring our election process into the 21st Century.”

HAWAI`I COUNTY IS SEEKING PUBLIC COMMENT on its draft Energy Sustainability Program Five-Year Roadmap. Comments are due a week from today on Wednesday, Dec. 5. The roadmap reports that transportation presents the greatest challenge to energy sustainability for the island because this sector constitutes more than half of energy demand, and the market development of sustainable transportation solutions has been slow. It calls for the county to organize its actions around mass transit system improvements, countywide transportation laws and regulations, and county vehicles and operations. Additionally, the county can take steps to promote the adoption of new and better vehicles that consume little or no fossil fuel, the report says. 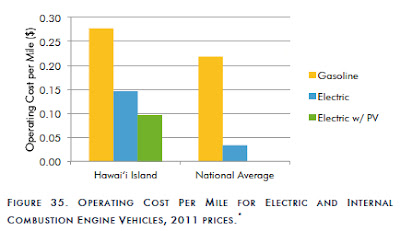 “The county has several specific powers related to transportation planning and regulation that can be leveraged to promote more sustainable and efficient use of energy in transportation. It also can wield influence as a major consumer of fuel on the island with total expenditures of about $7.5 million per year,” according to the report.
Priority actions listed for the county to move toward energy sustainability are:
The roadmap is available at hawaiienergyplan.com. Public comments are accepted at energy@hawaiienergyplan.com or 887-6411.

PUBLIC LAND DEVELOPMENT CORP. resolution by the Hawai`i State Association of Counties to abolish the agency comes up before the Honolulu County Council next Wednesday, Dec. 5, following a committee meeting yesterday. If the Honolulu Council fails to join Hawai`i, Maui and Kaua`i Counties in issuing a resolution to overturn PLDC laws, the Hawai`i State Association of Counties will be unable to include it in their legislative package for 2013. Most of Ka`u’s legislators have called for the repeal of the law that allows the state to work with private entities to develop public lands.
Another issue is requiring Genetically Modified Organism labeling, for which the three neighbor island councils already passed resolutions. Honolulu has yet to settle on whether to support the GMO labeling.

FUNDING FOR TURNING LANES off Hwy 11 near Volcano onto Kulani Road and other improvements was released by Gov. Neil Abercrombie yesterday. Kulani is expected to become a prison once again to house adult inmates and make room for bringing home prisoners who are now housed on the mainland in privately owned institutions. The money will be used to improve drainage, streetlights and guardrails at the intersection where people turn off Hwy 11 to go to the prison. It is also an area of farms and houses.

HAWAI`I VOLCANOES NATIONAL PARK is experiencing seismic activity described as “steady at low values” by Hawaiian Volcano Observatory this morning. Sixteen earthquakes were strong enough to be located beneath Kilauea: two west of the summit caldera, two south of the summit caldera and 12 on south flank faults including a continuing cluster of deep earthquakes beneath the coast near Napu`uona`elemakule, 10 miles east-northeast of Pahala.

VOLCANO FESTIVAL CHORUS performs a selection of holiday music entitled Comfort and Joy on Saturday, Dec. 8 at 7 p.m. The holiday performance will be at Kilauea Military Camp Theatre in Hawai`i Volcanoes National Park. Among the many selections to be performed are Rise up and Follow That Star by Lloyd Larson, Hush My Babe by Cynthia Gray and Wishes and Candles by Stephen Paulus. The choir will also perform old familiar favorites as Angels Sing Glory by Larry Shackley and Oh Come to the Manger by Patrick Liebergen. The chorus is under the direction of Roch Jones with accompaniment by Cinnie Decker.
Admission is free, with  donations gratefully accepted. Sponsored by Kilauea Drama & Entertainment Network.

ALSO SEE KAUCALENDAR.COM AND FACEBOOK.COM/KAUCALENDAR.
Posted by The Ka`u Calendar at 12:25 PM Links to this post