GAME ANIMALS COULD BE CONSERVED and managed by the state if a proposal by East Ka`u state Rep. Richard Onishi goes into effect. The proposal, House Bill 104, calls for an amendment to Article XI of the Hawai`i State Constitution to include game animals on state lands as resources to be managed and conserved by the State.

The Nature Conservancy submitted testimony against the proposal stating, “While we agree that game animal resources need to be wisely managed, both for their benefits and the risks they pose, we don’t believe a state constitutional amendment is necessary or warranted to achieve this goal…. Certainly, reasoned discussion and planning is important to determine where and how to manage game animals, including significant areas for both enhanced game animal production for public use and enjoyment, as well as game animal removal for native species, habitat, watershed, public health, private property, and agricultural protection. However, there is no shortage of game animals throughout the islands, no chance whatsoever that they could be eliminated from the state – nor should they be – and no risk that hunting opportunities will disappear from vast tracts of state and private lands.”
Should the bill start gaining traction at the Legislature, The Nature Conservancy recommends that any constitutional or statutory change “must clearly state both the benefits (food, recreation, etc.) and the risks (native species and habitat loss, watershed damage, public and private property loss, disease) from game animals, and that some of these benefits and risks need to be weighed differently in different geographies on the islands.”
Another testifier, Ann Kobsa, wrote that “passage of this bill would be a disaster for native Hawaiian ecosystems! I work very hard to try to reduce the pig population in the area of my farm, and I am next to State Forest Reserve so I hope my efforts make a difference there. I removed 18 pigs from this forest in 2012. I watch as patch by patch the destructive pigs convert native forest to weeds. Even though I am a subsistence farmer and hunter, living entirely off my land, I value native ecosystems over free, easy game animals, which are not free at all but come at a great cost to nature.
“The axis deer especially must be eradicated, and all introduced ungulates should be eliminated or reduced on all the state lands where native plants and animals remain, to maximize the chances that native species will survive,” she wrote.
The bill would add “game animals” to language in the state constitution that says, “For the benefit of present and future generations, the State and its political subdivisions shall conserve and protect Hawai`i’s natural beauty and all natural resources including land, water, air, minerals and energy sources, and shall promote the development and utilization of these resources in a manner consistent with their conservation and in furtherance of the self-sufficiency of the State.” The words “game animals” would be inserted in the list of protected natural resources between “water” and “air.”


GIVING AGRICULTURAL ENTITIES A BREAK on electric bills is one of the goals of East Ka`u state Rep. Richard Onishi. He introduced House Bill 1449 last week, and it passed first reading. It would establish a pilot program to determine whether preferential electricity rates for agricultural activities would better aid in the sustainable perpetuation of local agriculture in Hawai`i.

FUNDING FOR COFFEE BERRY BORER research, House Bill 353, was co-introduced by Onishi and Coffman to fight the pest that is plaguing the Hawaiian coffee industry. 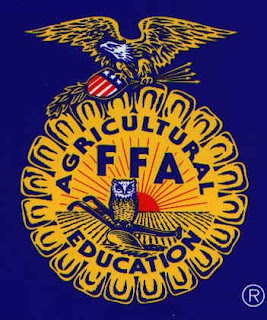 FUNDING FOR FUTURE FARMERS OF AMERICA and 4-H programs through the Department of Education and University of Hawai`i College of Tropical Agriculture & Human Resources was introduced by Onishi as House Bill 486. The bill says that “the Legislature finds that supporting local agriculture is a strategic public investment that will build community resilience and strengthen the productive base of the economy. The current lack of young farmers and ranchers with the experience, skills, and ambition to undertake the rigorous and complex work of farming and ranching as a business poses a significant hurdle to revitalizing local agriculture. To address this problem the Legislature finds that rebuilding existing programs that educate, support and encourage youth for agriculture careers, specifically Future Farmers of America and 4-H programs, is a timely and efficient means of achieving community resilience and sustainability.” The bill passed first reading and will be heard by the Agriculture and Finance Committees.

MORE THAN 800 VOLUNTEERS gathered data from the shores of Punalu`u and South Point at Ka Lae and on selected places on O`ahu, Kaua`i, and Hawai`i Island during Saturday’s annual Hawaiian Islands Humpback Whale National Marine Sanctuary Ocean Count.
The count is a yearly shore-based census that provides snapshot data on humpback whales. Participants tally humpback whale sightings and document the animals’ surface behavior during the survey. Volunteers collected data from 59 sites statewide. A total of 267 whales were seen during one of the 15-minute time slots from 11:30 a.m. to 11:45 a.m, the most of any time period throughout the day’s count (57 sites reported data). Weather conditions and sea states were ideal for viewing humpback whales, but vog made seeing whales at a distance difficult. Preliminary data detailing whale sightings by site location is available at: http://www.sanctuaryoceancount.org/resources/
While no whales were seen this morning at Punalu`u, as many as five were spotted at Ka Lae during a number of the counting periods that repeated every 15 minutes between 8 a.m. and 12:15 p.m.
Two more Sanctuary Ocean Counts are scheduled to take place on Saturdays, Feb. 23 and March 30. For more information on becoming a Sanctuary Ocean Count volunteer, visit sanctuaryoceancount.org or hawaiihumpbackwhale.noaa.gov or call 1-888-55-WHALE ext. 253.
The sanctuary, which is administered by a partnership of National Oceanic Administration Agency’s Office, National Marine Sanctuaries and the State of Hawai`i through the Department of Land and Natural Resources, protects humpback whales and their habitat in Hawaiian waters where they migrate each winter to mate, calve, and nurse their young.

MORE THAN 800 PEOPLE GATHERED around the tidepools, ponds and nearshore waters during low tide yesterday at Punalu`u, with more than 300 young people up to 14 years of age joining in a fishing contest. The community group `O Ka`u Kakou provided the barbless fishing hooks and bamboo poles. More than 600 small fish were pulled from the water, placed in buckets to be measured and thrown back in the water, according to OKK member Fred Ramsdell. Fishing gear and other prizes were given to every participant. Free food for all included shave ice, hot dogs, chips, fruits and vegetables. This was the fifth annual Keiki Fishing Tournament to draw a large group to the estuaries and tidepools at Punalu`u for the contest. Ramsdell said there was “great participation from the community for setting up and taking down the event facilities.”
Educational displays from the state Department of Land & Natural Resources taught participants about legal and illegal fishing practices, providing many handouts on the rules. Mothers Against Drunk Drivers also had a booth. The crowd brought canned food for the food bank, and Keoki Kahumoku emceed and entertained.

AT TUESDAY’S AFTER DARK IN THE PARK program, Hawaiian Volcano Observatory’s chief technical support specialist Kevan Kamibayashi explains the installation and operation of HVO’s various monitoring sensors and how their signals are sent back to the observatory from remote locations. The free program at Kilauea Visitor Center Auditorium in Hawai`i Volcanoes National Park begins at 7 p.m. $2 donations support park programs, and park entrance fees apply.

ALSO SEE KAUCALENDAR.COM AND FACEBOOK.COM/KAUCALENDAR.
Posted by The Ka`u Calendar at 10:27 AM