THE SUPERMOON rises over Ka`u at 6:46 p.m. tonight. It marks the Earth and the full moon in their closest orbit of the year. The Supermoon is expected to appear 14 percent bigger and 30 percent brighter than the full moon at its farthest distance.
The scientific name for Supermoon is the perigee moon, which refers to perigee, the point in the moon’s orbit closest to Earth. The forecast is for clear or partly cloudy skies.
Supermoon will be followed by the Eta Aquarid meteor shower from Halley’s Comet that is peaking tonight and tomorrow. These tiny pieces of comet create shooting stars that are better seen in the southern states, including Hawai`i. They can best be seen in the southern hemisphere. Best viewing time here is just before dawn.
While the Supermoon looks larger, its appearance is an optical illusion that can be confirmed by holding up a ruler to the moon seen above the horizon, when it looks large. Measure again later when the moon is high up in the sky - when it looks smaller but is actually the same size.

BONDS FOR KA`U HOSPITAL are earmarked by the state budget passed this week by the 2012 Legislature. Hospital renovations will receive $201,000 in funding. Plumbing upgrades will cost $199,000, and an energy audit will cost $75,000. Ka`u Hospital & Rural Health Clinic runs on federal and state money, as well as health insurance payments and a lot of fundraising and volunteerism in the community.

PARKING AND BUILDING HEIGHT VARIANCES have been requested by the county Department of Parks & Recreation for the construction of the new disaster shelter and gym on property adjacent to Ka`u High & Pahala Elementary School. The parking variance proposal is to allow an undetermined amount of grassy area to remain unpaved for parking around the gym. The height variation allows for a more plantation style roof while providing the height inside the gym for volleyball, basketball and other sports that need high ceilings. PBR Hawai`i, a consulting firm working for the county, recently sent out letters to area residents asking for comments on the proposed variances. 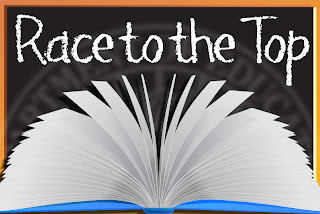 RACE TO THE TOP FUNDING, totaling $75 million for the statewide Department of Education, has been saved, for now, the U.S. Department of Education announced Friday. Spokesmen said however, that Hawai`i will retain a “high risk” status until it comes through with promised reforms in the educational system. Those reforms include a new system to tie teacher evaluations to student improvement and tie compensation to teacher performance. The state and teachers have yet to settle on performance standards acceptable to the federal government. Gov. Neil Abercrombie said the state is ready to go back to the negotiating table with the Hawai`i State Teachers Association. The head of that union said he would like the teachers to take a second vote on an agreement with the state that the teachers voted down.
In a letter to the governor, deputy U.S. education secretary Ann Whalen noted preliminary actions heading in the right direction in Hawai`i’s school system. She said the state’s application for the $75 million “set a high bar for success, and their work still falls short of the accomplishments that the state set out to achieve at this stage of the grant.” She also described the stakeholders here as “very passionate” and said they “have demonstrated a strong commitment to this work despite the challenges.” Representatives of the federal DOE visited Hawai`i, including the Ka`u district, in March and plan another assessment within six months.

KA`U JUNIOR HIGH STUDENTS are headed to Waikoloa Resort this afternoon to perform with Keoki Kahumoku at the celebration of hula and Hawaiian Culture. The event features an `ukulele jam. Halau from Japan, Switzerland and Hawai`i will perform, along with Aunty Diana Aki, Waipuna, Ladies of Waiku`i, Lula and more.

KA`U COFFEE MILL VISITOR CENTER opens to the public tomorrow. Gates open at 1 p.m. The event features the Triple C Recipe Contest along with entertainment by Ka`u `Ohana Band, Ka`u Community Chorus and Keoki and Moses Kahumoku. The recipe contest is an official event of the annual Ka`u Coffee Festival, which begins this weekend and continues with the ho`olaule`a next Saturday at Pahala Community Center.