LIFE OF THE LAND, AN INTERVENOR in the Public Utilities Commission case on the proposed contract for `Aina Koa Pono to annually sell 16 million gallons of biofuel refined in Ka`u to Hawai`i Electric Light Co., has asked the companies for clarification. Life of the Land has questions on 49 points in the contract and other documents.

Life of the Land asks, “Is this contract a fixed cost contract or does the price escalate?” The community group asks for information about this statement in the contract: “HELCO estimates that the Biodiesel Supply Contract has the potential to save its customers over $500 million dollars compared to the anticipated cost of diesel over the twenty-year Biodiesel Supply Contract term in the event that oil prices track the Annual Energy Outlook high price forecast.”
Life of the Land asks, “How much would be saved over the 20-year contract compared to the (a) Annual Energy Outlook low-price forecast? (b) anticipated cost of Liquified Natural Gas? (c) cost of Puna Geothermal Venture geothermal Power Purchase Agreement?"
The contract states that “the AKP biodiesel fixed price is expected to fall below the price of petroleum diesel before the expiration of the Biodiesel Supply Contract.” Life of the Land asks, “(a) In what year of the 20-year contract is this anticipated to occur? (b) If the Alternative Energy Outlook low price forecast proves accurate, what year would the cross-over occur in?”
Regarding `Aina Koa Pono’s proposal to do a voluntary Environmental Assessment for the propose biofuel farm between Pahala and Wai`ohinu and the proposed diesel refinery off Wood Valley Road, Life of the Land asks, “(a) What Is the legal authority to issue a Voluntary Environmental Assessment? (b) Who would enforce any conditions resulting from that VEA? (c) Does HECO expect that the VEA would be complete before the Commission issues its Order in this regulatory proceeding?” 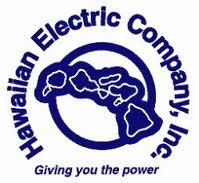 Regarding the statement in the contract that “there are a number of advanced biofuel technologies that have proven viable in lab and pilot scales at various locations around the world; most are seeking feedstock and sufficient financing to advance to commercialization,” Life of the Land asks, “(a) Isn’t this also true of OTEC, Ocean Wave Energy and Utility-Scale Batteries which are all seeking sufficient financing to advance to commercialization? (b) Why is it in the public interest for ratepayers to finance one possible solution, that is, why should ratepayers bear the burden of assuming which technology will emerge as the more dominant player of the future?"
Life of the Land quotes the statement in the contract that “one of the key elements of Hawai`i’s energy policy is the desire for fixed-price, indigenous, renewable resources,” and asks, “(a) Is another key element to have low electricity prices? (b) Has HECO hand-picked which state goals it wishes to achieve?"
Life of the Land asks, “In HECO’s due diligence analysis of AKP and of its principals, what expertise does the AKP company/principals have in (a) agriculture, (b) biofuels, (c) utility contracts, (d) greenhouse gas analysis?”
Regarding microwave depolymerization technology that AKP intends to use in the refining process, Life of the Land asks, “Does HECO believe that AECOM has found the TekGar pre-commercial technology for Renewable Liquid Fuel production to be the OPTIMAL SOLUTION?"

Life of the Land makes reference to a document in the previous AKP docket that states that AECOM, AKP’s engineering, procurement and construction firm, “indicated they will provide a completion and performance guaranty for the AKP project” and asks “(a) Is AECOM still providing a completion and performance guaranty for the AKP project? (b) Is financing for AKP secure?”
Life of the Land makes another comparison between the current docket and the one rejected by the PUC in September 2011: “The ratepayer impact for AKP2 over AKP1 appears to be around $100 million over 20 years.” Life of the Land asks, “Is this very roughly correct, that is, is it in the right ballpark? (b) How was this reduction achieved? That is, was it pulled out of the air by HECO or AKP, was it the result of savings in some input, was it the ability to get financing at a lower rate? (c) Could the pricing go lower and still make the contract viable? (d) What added due diligence did the HECO Companies engage in when they realized that AKP was willing to shave such a large amount off the AKP1 contract costs? That is, did HECO come to the conclusion that perhaps the first contract was overpriced and therefore did HECO set out to conduct further due diligence and analysis on the pricing? (e) Would publicly revealing the prices offered by each respondent to the biofuel RFP put added pressure on the individual companies responding to the RFP to compete against each other and to drive the cost down? (f) How can the Commission feel confident about biofuel pricing when the AKP1 and AKP2 pricing data are so far apart?"
Other questions asked by Life of the Land, as well as other documents, can be read at puc.hawaii.gov/dockets. Docket number is 2012-0185.

See questions from other parties and participants in the docket in upcoming Ka`u News Briefs.

HELCO and AKP have until Friday, Jan. 4 to respond to the information requests.

A SPACE SCIENTIST who spends time in Ka`u each year will be involved in a NASA mission to send a new rover to the planet Mars in 2020. Ray Arvidson has been selected to work on the project. He brings science students to Volcano, the Ka`u Desert and Pahala annually during winter break from Washington University in St. Louis to study the environment here, which, in some ways, resembles the surface of Mars. He is deputy principal investigator for the Curiosity mission, which has been roaming and studying the Red Planet since August.
The new Mars vehicle will be similar to the robot named Curiosity. NASA officials say they plan to re-use many of the Curiosity technologies that are showing great success. One of the innovations is a rocket-powered crane that lowers the rover to the surface of Mars on nylon cords.
NASA’s science administrator John Grunsfeld said that one goal is to determine whether Mars has ever had the conditions to support life. The new $2.5 billion mission will last two years and will arrive with Curiosity still operative. Onboard plutonium generators will deliver heat and electricity for at least 14 years, when the next rover arrives. The science payload will be more than ten times as massive as those of earlier U.S. Mars rovers. The new rover will carry tools to brush and drill into rocks, to scoop up, sort and sieve samples, along with analytical techniques to discern chemistry in rocks, soil and atmosphere. The mission will attempt to make first definitive identification of organic (carbon rich) compounds. The rover will carry a laser to zap rocks, and beams will help identify atomic elements in rocks.
One of the findings of the current Curiosity mission is the “realization that it touched down in an ancient riverbed system where water once flowed perhaps waist deep,” NASA reports.

OCEAN VIEW COMMUNITY ASSOCIATION drew nearly 200 keiki and teen volunteers on Saturday for the Keiki Christmas Party. The organization, through donations from the community, gave away six bicycles, flash drives, MP4 players, remote-control toy cars and trucks, toy kitchen and pirate sets and a big baby doll with a stroller.
Teen girls received makeup kits, and tool sets went to the boys. Keiki decorated their own graham cracker houses. They enjoyed face painting, storytelling, a fishing pond with prizes and a mac nut toss with prizes. Many books for keiki were given away. Keiki, teens and the families enjoyed a luncheon, according to Sandy Honnold, coordinator for the event.

HAWAI`I COUNTY COUNCIL COMMITTEE on Public Safety and Mass Transit meets tomorrow at 9:30 a.m. Air National Guard discusses its Innovative Readiness Training Program and upcoming plans for collaboration on projects on Hawai`i Island. ANG brings trainers and trainees to communities with volunteer labor. Projects suggested for them in Ka`u include digging wells, laying pipe and building roads. Chair of the committee is District 6 County Council member Brenda Ford.
Public attendance via videoconference is available at Ocean View Community Center for this meeting, as well as other committee meetings and Wednesday’s 9 a.m. County Council meeting in Kona. Agendas for the meeting are available at hawaiicounty.gov. 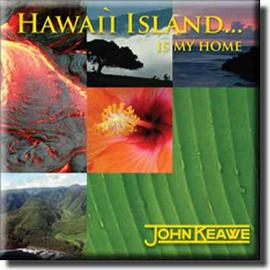 SLACK KEY GUITARIST, COMPOSER and recording artist John Keawe and his wife, Hope, perform at Kilauea Visitor Center Auditorium in Hawai`i Volcanoes National Park at After Dark in the Park tomorrow at 7 p.m. Keawe won the 2009 Na Hoku Hanohano Slack Key Album of the Year award for his CD Hawai`i Island is My Home. CDs and DVDs will be available for purchase the evening of the performance.