KA`U COFFEE FARMERS are worried about filling their orders for pure Ka`u Coffee as Kona buyers are courting them with high prices. Ka`u buyers are also willing to pay a good price for the famous Ka`u brand. Ka`u Coffee Farmers Cooperative president Gloria Camba said she hopes farmers will sell pure Ka`u coffee to pure Ka`u markets as the reputation of the small, award-winning growing region continues to grow. The Ka`u Coffee mill recently opened for farmers to process and roast their coffee and purchases the cherry, making it easier to sell the Ka`u Coffee directly from Ka`u. The Ka`u Coffee Growers Cooperative buys parchment from farmers and sells under the co-op brand name. Camba said the co-op has developed good and steady markets here and on O`ahu. Aikane Coffee Plantation also buys locally and has developed strong markets on O`ahu. Ka`u Local Products has developed a Starbucks market and purchases locally from farmers.

FILMMAKING IN KA`U and elsewhere in the Islands may receive more incentive from the state. State House of Representatives Tourism Committee chair Tom Brower said he will introduce a bill into the 2012 Hawai`i State Legislature to increase the tax credit for the film industry. One credit would go from 15 to 20 percent and the other from 25 to 30 percent. Hawai`i is gaining a lot of recognition with the new Hawai`i Five-O television series and the award-winning film The Descendants.
TODAY IS THE LAST DAY for Mayor Billy Kenoi to veto the plastic bag bill, should he decide to reject it. The bill, which passed 5-3 by the County Council, becomes law on this day if the mayor lets it stand. It bans plastic bags at checkout counters, except for where such perishables as meat are being sold. It does not prohibit people from buying plastic trash liner bags for their homes and offices. Those Council members who opposed the bill were Donald Ikeda, Dennis Onishi and J Yoshimoto. Retail store managers said that changing to paper could cost a lot of money. 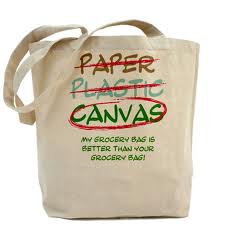 Proponents suggest incentivizing customers to bring their own reusable bags, which will reduce the costs to retailers. They point to the plastics damaging the ocean that surrounds the islands. Plastic bags choke sea turtles, get caught on dolphins, and when they break down, they are consumed by tiny sea creatures, which are eaten by fish, and the chemicals that make up the plastic go up the food chain and are eaten by humans. The bill, if not vetoed, would go into effect a year from today to give retailers time to use up their plastic bag inventory. Plastic bag bans are already in effect on Maui and Kaua`i.
THE HAWAIIAN ISLANDS HUMPBACK WHALE NATIONAL MARINE SANCTUARY is still looking for volunteers in Ka`u to help count the humpbacks on Saturdays, Jan. 28, Feb. 25 and March 31. The annual 2012 Sanctuary Ocean Count will be from 8 a.m. to noon, when volunteers record the behavior of the whales over a four-hour period. More than 60 sites along the shores of the Big Island, O`ahu and Kaua`i have been selected for the count. To learn more, see http://hawaiihumpbackwhale.noaa.gov. Register online or call 1-888-55-WHALE, ext. 253.
KILAUEA VISITOR CENTER in Hawai`i Volcanoes National Park is the site of several events today and tomorrow. Hawaiian Volcano Observatory’s first 100 years is the topic at After Dark in the Park this evening. HVO scientist-in-charge Jim Kauahikaua talks about Thomas Jaggar’s vision for the observatory, how Frank Perret began monitoring Kilauea volcano, and HVO’s accomplishments during the past century. The program begins at 7 p.m. at Kilauea Visitor Center Auditorium. $2 donation supports park programs.
Patricia Kaula shares na lei, the art of traditional and modern lei making tomorrow from 10 a.m. to noon on the lanai.
Kenneth Makuakane performs live in concert tomorrow at 6:30 p.m. at the auditorium. The twelve-time Na Hoku Hanohano award-winning singer, songwriter, and producer features songs from his latest albums. All events are free, and park entrance fees apply.
Posted by The Ka`u Calendar at 12:56 PM Links to this post