THE HEALTH PROFILE OF HAWAI`I COUNTY has improved by some measures and worsened by others, according to the recently released 2012 Community Health Profile Report.
The report, which can be read online at nhop.org, was put together by the North Hawai`i Outcomes Project and leads with the saying, “Community health is profoundly affected by the behaviors, attitudes, and beliefs of everyone who lives in the community.” It also says poverty contributes to health challenges and shows Ka`u as the district with the highest poverty rates on the island.

The study shows that confirmed child abuse cases are decreasing. Traffic deaths dropped by half during the last decade. However, diabetes rates doubled statewide, and suicide rates in this county increased, the study says. Project director, Dr. Sharon Vitousek, said that suicide rates are 20.7 deaths per 100,000 Big Island residents. This far exceeds the statewide average of 12.8 per 100,000 and slightly exceeds the nationwide average of 20 per 100,000.
The study ties higher suicide rate on the neighbor islands to economic challenges, with 50 to 70 percent tied to alcohol, drugs and depression. The 2005 rate for suicide in Hawai`i County was five per 100,000 residents.
Diabetes continues to be a problem, and the lack of primary care physicians may mean that some people are not getting diagnoses of diabetes early, leading to a higher rate of people being hospitalized for diabetes than in other counties. Ten percent of Big Islanders have reported a diagnosis of diabetes.
The overall population of Hawai`i County is shown to be less healthy than the overall state, attributing the problem to “lower income per capita, more income disparity, higher smoking and binge drinking rates, higher obesity rates and significantly lower access to healthcare.”
It suggests public policy interventions to improve education; economic development of education, science, energy and health sectors; and workforce development of the same sectors.

THE STEERING COMMITTEE of the Ka`u Agricultural Water Cooperative District is moving forward, with its subgroups coming up with articles and bylaws for managing water systems for crop and orchard irrigation and livestock. Dennis Horita, of Honolulu, is expected to send a crew soon to survey the tunnels and waterways from the old plantation water system between Kapapala, Na`alehu and Wai`ohinu. The water sources have such names as Ali`i Springs, Ha`ao Springs and Noguchi Tunnel.
During the July meeting, the Moa`ula group members reported that they were awaiting legal review of their articles and bylaws. The Ha`ao group reported their articles and bylaws are ready for review.
Melanie Bondera, of the Kohala Center, offered advice and direction on organizing co-ops. She shared water rules and membership agreements developed by the East Kauai Water Users’ Cooperative as examples for the regional entities. She presented a sample irrigation survey that could be distributed to members and prospective members to measure interest in the organization and willingness to contribute with time and/or finances.
The next meeting is scheduled for Thursday, Aug. 9 at 4 p.m. at the ML Mac Nut Field Office. For more information, contact Jeff McCall at 928-6456.

COUNTY COUNCIL CANDIDATE BRADLEY WESTERVELT held two talk story events in Ka`u yesterday. He reports “a rising tide of support,” with the events being well attended. He said supporters are looking for a candidate “who is not a bureaucrat or career politician.” Among the topics discussed were the county’s landfill issue and residents’ visions of sustainability. Sustainability is one of Westervelt’s key platform topics. “We must prioritize resources toward sustainability for our economy, our environment and most importantly, the people,” he says on his website. He co-authored Resolution 167-11, the sustainable habitat resolution calling upon Public Works to create an owner option alternative building code for supporting structures on ag-zoned parcels, which passed County Council in last September. He is director and treasurer of Hawai`i Sustainable Communities Alliance. See more at bradwestervelt.com. 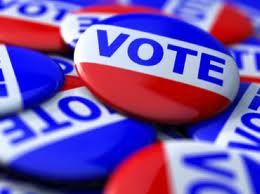 SOUTHSIDE ALATEEN MEETS tomorrow and every Monday at 7 p.m. at St. Jude’s Episcopal Church in Ocean View. The meetings for teenagers who are affected by family members’ heavy drinking provide a safe place to talk and share experiences. For more information, call Sandy at 557-9847.


SUPPORT OUR SPONSORS AT PAHALAPLANTATIONCOTTAGES.COM AND KAUCOFFEEMILL.COM.
Posted by The Ka`u Calendar at 11:11 AM