AN ENVIRONMENTAL IMPACT STATEMENT for the `Aina Koa Pono refinery planned off Wood Valley Road is supported by three District 6 County Council candidates. The fourth candidate said an EIS "is not necessary" under state law.
County Council candidate Maile David said: “Public health and public safety are paramount, and the EIS would be a logical first step.” She said she has heard that there are issues about the location. “There might be more acceptance if it wasn't directly above the village. There definitely should be an Environmental Impact Statement," she said.
County Council member Brenda Ford, who is running for a fourth term, this time for District 6, said: “Any plant producing biofuel, diesel fuel, whether the origination is ag or petroleum, should have an EIS, period. Any refinery making diesel fuel could have major impacts on the people, the land and the ocean and should require, by this state, an EIS. It is not what the input is; it is what the output is,” said Ford, referring to the manufacturing of diesel and its byproducts.
“Can I impose my will on this? No,” Ford said, referring to county zoning that allows manufacturing of agricultural products on agriculturally zoned land. She said the Public Utilities Commission, which is tasked with approving or disapproving a new contract proposed by Hawaiian Electric Light Co. and `Aina Koa Pono, “should take this into consideration, and if it can’t or won’t, there needs to be a lawsuit about the whole thing. We need a court to step in.”

County Council candidate Lee McIntosh said that “an EIS is not necessary by the laws that the Legislature put in place. Anything they (`Aina Koa Pono) do would be voluntary. It is a long, expensive and arduous task doing an EIS and may or may not answer questions people might want answered.” He said the biofuel refinery “is no different than having a gas station near you with tanks underground. It’s just following the safety procedures that have been outlined in the past.”
County Council candidate Bradley Westervelt said that an EIS “should probably be conducted. The biofuel plant would not be a direct provider of electricity," he said. “We are talking about industrial manufacturing as opposed to a grid-tied supply system.” He explained that a grid-tied supply system would make energy at the power plant and put it online directly to the public.
He also said he is concerned about inputs into the environment. “If it is going to involve semi-truck loads of zeolite as input into the process, then there is going to be a biochar residual that is going to go into our island environment in one manner or another.” Westervelt also said, “I am pessimistic about using crop lands for fuel.” He said, however, that Ka`u does need an economic boost.
`Aina Koa Pono says in its Frequently Asked Questions on its website that no Environmental Impact Statement is required. “However, AKP has engaged the services of R.M. Towill Corporation to prepare a voluntary assessment of environmental issues. We will verify the safety of the Micro Dee (Microwave Catalytic Depolymerization) process and of storing and transporting our biofuel, address issues and concerns raised by the community and develop mitigation measures appropriate to the site and community.” See more at ainakoapono.com.
The Public Utilities Commission has opened a docket where documents regarding the contract between `Aina Koa Pono and HELCO can be read. See http://puc.hawaii.gov. Click on Document Management System and type 2012-0185 in the Docket Quick Link box.

SUPPORT FOR MICRONESIANS from the federal government, which used their islands to test nuclear bombs for more than 30 years, gained momentum at the 43rd national convention for the Japanese American Citizens League National Council. According to a Chad Blair report in Civil Beat, JACL supports access to Medicaid coverage for Micronesians in Hawai`i. The group passed a resolution that asks Gov. Neil Abercrombie and state Attorney General David Louie to withdraw the state’s appeal of Korab v. McManaman, which is now before the U.S. 9th Circuit Court of Appeals. The appeal asks the court to relieve the state from providing health benefits to Micronesians.
A resolution also affirms JACL’s support of restoration of federal health benefits for Micronesians living in the U.S. pursuant to the Health Equity and Accountability Act of 2012 (S. 2474) introduced by Sens. Daniel Akaka and Daniel Inouye. The federal government vowed to help Micronesians with education, health and other benefits after they were removed from island homes, the islands were used for nuclear testing and the islands remained radioactive so they could not return home.
Ka`u is one of the places where Micronesians have migrated within the U.S. and have received benefits, including federal support for public schools here.

THE PUBLIC LANDS DEVELOPMENT CORP. proposed rules go to public hearings this month, one on Aug. 20 at Waiakea High School in Hilo and the other on Aug. 21 at Konawaena High School. Both meetings are at 6 p.m. The new state agency is tasked with raising revenue through making more efficient use of state lands, including leasing them out for development. The Sierra Club Hawai`i Chapter calls the proposed rules “fundamentally flawed.” According to an Erin Miller story in this morning’s West Hawai`i Today, Sierra Club executive director Robert Harris said, “They have to ensure the community’s voice. They have to ensure pristine, cultural resources are protected.”
He pointed out that the new rules would not require hearings on this island for proposed Big Island projects. The rules also leave out the county when gathering input. “Right now, they can essentially ignore the county,” Harris said. “We have deep concerns about the Public Lands Development Corp. and the (idea) that our public land is best used if it’s developed,” Harris said.
The proposed rules are posted at hawaii.gov/dlnr/pldc/rules and available by writing to PLDC, PO Box 2359, Honolulu, HI 96804. Comments can be emailed to randal.y.ikeda@hawaii.gov or mailed to PLDC. Deadline for comments is Sept. 14.

TONIGHT’S AFTER DARK IN THE PARK program features Monumental Architecture of Micronesia. Dave Tuggle presents an illustrated journey to the islands of Micronesia, the ancient, massive stonework of Palau and the limestone structures of the Marianas at 7 p.m. at Kilauea Visitor Center Auditorium in Hawai`i Volcanoes National Park. Two-dollar donations support park programs, and park entrance fees apply. 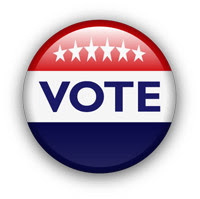 RANGER KEOKI WELLS demonstrates how to play `ukulele from 10 a.m. to noon tomorrow on the lanai of Kilauea Visitor Center in Hawai`i Volcanoes National Park. The program is free, and park entrance fees apply.