FIGHTING THE COFFEE BERRY BORER is receiving immediate help through Ka`u’s U.S. Senator, Mazie Hirono and the United States Department of Agriculture. Yesterday, Hirono and the USDA unveiled a major federal initiative to fight the coffee berry borer that has been ravaging Kona coffee farms for almost three years and threatens to take down Ka`u if it not pushed back.
The project, a new arm of the USDA’s integrated pest management program, will be a scientifically-based approach to fighting the invasive species, said a statement from Hirono’s office. In the immediate term, USDA will spend $1 million to set-up the Hawai`i operation.   “This new initiative to fight the coffee berry borer is great news for Hawai`i and our economy, and I am very pleased that the USDA has recognized the threat of this highly destructive invasive species,” said Hirono. “Our state produces some of the world’s best coffee, and coffee is an important export from our state. But the livelihood of Hawai`i Island coffee growers is increasingly being threatened by the coffee berry borer, as many farmers are forced to abandon large portions of their yields due to infestation each year.
“That’s why I originally urged the USDA to set up this initiative and have been working closely with the department to begin its implementation. USDA, the Hawai`i Department of Agriculture and the University of Hawai`i will collectively work to help coffee farmers combat and contain this invasive species.”
U.S. Agriculture Secretary Tom Vilsack wrote to Hirono: “USDA shares your concerns about the agricultural and economic impacts of this noxious pest. As such, I am pleased to announce the USDA’s Agricultural Research Service has funded an Area Wide Integrated Pest Management program to aid in controlling the coffee berry borer in the United States.”
Members of the Hawai`i congressional delegation worked for more funding for a possible program in the Farm Bill being considered in Congress. Ahead of USDA’s agreement to fund a program, Congresswoman Tulsi Gabbard introduced a successful amendment which was included in the Farm Bill in the U.S. House of Representatives that authorized funding for a USDA program. Congresswoman Colleen Hanabusa cosponsored the measure. Hirono introduced a similar measure in the Senate that was cosponsored by Sen. Brian Schatz.  “The coffee berry borer has been a destructive force striking at the heart of Hawai‘i’s multi-million dollar coffee industry,” said Gabbard. “In just two years, our treasured Kona coffee industry suffered more than $9 million in market losses, representing a roughly 25 percent revenue decrease. The economic impact has been deeply felt by coffee farms, most of which are small family farms, and coffee processors are being forced to lay off workers or reduce hours.”
The program will be tasked with distributing effective treatments to local farmers and educating them on the most effective treatment practices, researching the genetic makeup of the coffee berry borer to find its weakness and disposing of infected plants. In his letter, Vilsack explained that the new USDA initiative will coordinate with local coffee farmers, the University of Hawai`i and the Hawai`i 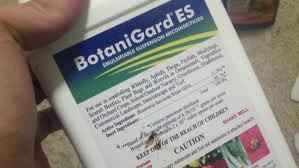 Department of Agriculture to use the following techniques to fight the borer: Distribute the most effective repellents to farmers and training them on how to best use these treatments; research new types of pest controls that could be more effective in killing the beetles; create a plant sanitation program that decreases the opportunities for borer to reproduce and spread; study the borer to find how the species is similar or different that other agricultural pest in order to develop better methods for controlling the pest.
Hawai`i Island is home to more than 700 small coffee farms. In 2011, coffee farmers in Hawai`i produced more than 8 million pounds of coffee, valued at more than $30 million.   The borer is an insect native to Central Africa that lives, feeds and reproduces in both immature and mature coffee berries. This damage can have a significant negative impact on the quality and quantity of coffee crop yields. As a direct result of the coffee berry borer, many farmers in 2012 have expressed concerns that their yields were in jeopardy. Recent reports have found infestation rates of up to 80 percent for some Hawai`i farms.

NURSE PRACTITIONER DEBRA KETTLESON is moving from Ka`u Hospital Rural Health Clinic to a cardiology clinic at Hilo Medical Center, and the name of her replacement is expected to be released later today. “We are really sorry to see Debra Kettleson leave,” said Ka`u Hospital Administrator Merilyn Harris.
“When Ka’u Hospital opened a rural health clinic in 2003 after Dr. Margaret Kitazawa left, Deb was there at the beginning setting up operations and scrounging for equipment and supplies,” Harris recalled. “Over the years, as physicians have come and gone, Deb has been the mainstay of the clinic as well as a loving provider for many of our long-term care residents. She has a very large panel of patients who have grown to appreciate her for her clinical expertise as well as her sense of humor and willingness to always go the extra mile for them.
“For the past decade Deb has commuted three hours a day in order to work here. When the opportunity came up for her to work in the Cardiology clinic at Hilo Medical Center, five minutes from her home, all we could be is happy for her - even if it is so sad for us!
Donna Kekoa, the Ka`u Clinic receptionist, said she is especially sorry to see Kettleson leave Ka`u. “Deb has given her all to the community with a compassionate and caring heart to those whom she served at the clinic. As a co-worker, our supervisor, she has been very supportive of all our work here. To me, she has been a mentor and I hope to follow her lead.”  Kettleson’s replacement is expected to be announced late today.

ABOUT THREE MILLION DOLLARS A YEAR will be the cost of police officer pay raises for Hawai`i County, according to a statement from Mayor Billy Keno’s office. According to a story by John Burnett in the Hawai`i Tribune Herald this morning, the mayor’s spokesman Kevin Dayton said the county will “have to find the money within the current year’s budget.” 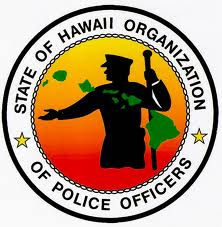 The additional money is needed to comply with the recently negotiated State of Hawai`i Organization of Police Officers contract with the counties around the state that will give police officers a 16.8 percent raise over four years. There are 471 union police officer in this county. Dayton said the $3 million will include salaries, wages and benefits, the Tribune Herald story reported. See more at www.hawaiitribune-herald.com.

THE BIG ISLAND’S NEW SENATE SEAT, which resulted in Ka`u having two instead of one state senator will stand. A lawsuit brought by O`ahu residents who lost a senate seat through reapportionment was dismissed yesterday by a federal court. The latest U.S. census showed the Big Island’s population growth and justification to add a state senator. However, O`ahu plaintiffs testified that military personnel, their dependents and students living on O`ahu, who do not call O`ahu home, should have also been counted in the reapportionment population count, which would have left O`ahu with the senator. The O`ahu group may appeal to the U.S. Supreme Court, said its attorney Robert Thomas.

BEAUTY AND THE BEAST is live theater this weekend Fridays and Saturdays at 7:30 p.m. and Sundays at 2:30 p.m. from July 12 through 28. The venue is Kilauea Military Camp Theater in Hawai`i Volcanoes National Park. KEDEN is the sponsor and tickets are available at Kilauea General Store, Kea`au Natural Foods, Paradise Plants, The Most Irresistible Shop and by calling 982-7344. Prices are $15 general, $12 students/seniors and $10 children.

THE 33RD ANNUAL CULTURAL FESTIVAL for Hawai`i Volcanoes National Park will be held tomorrow, July 13 from 10 a.m. to 3 p.m. The free fee day is focut on interpretation at Kahua Hula at Ka`auea – the hula platform near Volcano Art Center inside the park. The theme is Ka`ike o ke Keiki: I ka nana a `ike; I ka ho`olohe no a maopopo; I ka hana no a ‘ike, which means: the learning of the childe; by observing, one learns; in listening, one commits to memory; by practice one masters the skill.
Enjoy hula kahiko and music with keiki o Halau o Kekuyi, Halau Ulumamo o Hilo Pliu, Hual Halau Ke `olu Mkani o Mauna Loa, Leabert Linsey and Diana Aki.
Watch skille practitioners demonstrate art and leant to beat kapa, weave lauhala hats, sew a feather lei, create a native garden and use plants as medicine.
Play Hawaiian games, weave a coconut basket and lauhala bracelet, Make a feather kahili and traditional le. Tast taro, sweet potato, sugar cane and breadfruit.


ALSO SEE KAUCALENDAR.COM AND FACEBOOK.COM/KAUCALENDAR.
Posted by The Ka`u Calendar at 11:49 AM Links to this post