DAVE BATEMAN, REPUBLICAN CANDIDATE for state House District Five, presented his views at League of Women Voters’ forum Saturday. He later told The Ka`u Calendar that his campaign is about `ohana and improving quality of life. To do this in District Five, he said, “The first thing that we need is a government that is supportive, that helps and says ‘yes’ more than ‘no.’”
He said he supports increasing agricultural production on “Hualalai, Mauna Loa and into Ka`u. We have some of the best growing area in the world right here, and we are not taking advantage of it. We import 85 percent of our food at a statewide cost of about $3 billion a year,” even when underestimating food costs per person as low as $10 day for a million Hawai`i residents.
“Food comes in, money goes offshore to mainland U.S. interests and such places as Mexico,” Bateman said. “My plan calls for the money to stay here. Why are we importing this food when we can grow locally veggies, fruits, nuts, cattle, chicken, eggs?” asked the candidate, who is also a coffee farmer.

Bateman said his plan is to “educate our keiki and high school graduates in agriculture. There would be two-year degrees in ag, ag business, farming and mahi`ai, Hawaiian traditional farming. Young people educated in ag would qualify for low-cost, long-term leases on farmland from the state, county, Kamehameha Schools and other private landowners to get their production going. They would also qualify for matching loans from the state at three percent interest for 30 years.” He said similar loans are already available from the state Department of Agriculture. However, these would be for newly qualified farmers.
He said that about 15,000 acres would be needed to make a significant contribution to food production and employment. He suggested that the state employment retirement system use part of its $12 billion retirement fund to finance new agriculture. He said that even with a three percent return from the farm loans, the income would be better than Wall Street investments, which provided heavy losses to the retirement system when the economy crashed.
He said it’s also important to continue growing export crops like coffee and macadamia nuts.
Regarding the future of energy, Bateman pointed to local residents paying four times the cost of electricity on the mainland. He said he supports geothermal, wind and solar and wants to incentivize the electric company to upgrade transmission lines. He contended that changing electric current from alternating to direct for distribution along the power lines would save much of the line loss. The electricity would be reverted back to AC at different substations around the island.
He said he would lobby to cut state income taxes by 20 percent. He would also reduce vehicle licensing costs and said many farmers have to pay a high rate that presents a burden to agriculture.
Bateman wants to eliminate local taxes on food, medical care and medicine and reduce general excise taxes on “farm-direct sales.”
He said he wants to raise `ohana out of poverty, saying that 17 percent of families of four earn less than $27,000 a year and that 40 percent of students need a free meal when they come to school.
See more from other candidates who attended the forum in future Ka`u News Briefs.
To comment on or like this story, go to facebook.com/kaucalendar.

“THIS NEW FUEL CELL ELECTRIC BUS IS THE FIRST tangible step in realizing our vision of transforming the County of Hawai`i public bus system into one that is powered by our island’s incredible renewable energy resources,” Mayor Billy Kenoi said regarding the county getting the state’s first hydrogen fuel cell and battery-powered bus. The 25-passenger bus should be ready early next year, according to manufacturer U.S. Hybrid.
The bus uses a 30-kilowatt fuel cell fueled by a 20-kilogram hydrogen storage and delivery system. The fuel cell and 28-kilowatt-hour lithium-ion battery power the vehicle’s 200-kilowatt power train, air conditioning and auxiliary systems. Onboard batteries are recharged by regenerative braking.
Funding comes from the state of Hawai`i and Office of Naval Research via the Hawai`i Natural Energy Institute. Hawai`i Center for Advanced Transportation Technologies Director Stan Osserman said the contract includes the vehicle, conversion from internal combustion to a hydrogen fuel cell, a limited warranty and support equipment.
Kenoi said the bus is the first step in transforming Hawai`i County’s Hele-On bus system into one that “is powered by our island’s incredible renewable energy resources. Instead of exporting our citizen’s hard-earned dollars offshore, we will be able to keep this money in our local economy creating new jobs and protecting us from the swings of the fossil fuel markets,” he said.
To comment on or like this story, go to facebook.com/kaucalendar.

HAWAI`I EMERGENCY MANAGEMENT AGENCY is the new name of state Civil Defense, following Gov. Neil Abercrombie’s signing of House Bill 849 (Act 111). Hawai`i was the last state to retain the use of civil defense in reference to its emergency management agency. This change brings Hawai`i in line with modern best practices and updates language and references used in prior statutes.
Act 111 also establishes an Emergency Reserve Corps and authorizes the 24/7 State Warning Point, both critical increases in the state’s readiness to respond to hazards. It does not significantly change the governor’s emergency powers, but it does vest county mayors with emergency authorities independent of the state emergency management structure.
The measure updates the state’s emergency management statutes, including clarification of the relationship between state and county emergency management agencies and the emergency management functions and powers of the governor and mayors.
“This measure will ensure that the state is better prepared for all catastrophic events, both natural and manmade, in safeguarding the people of Hawai`i,” Abercrombie said. “In addition, this act will better integrate state and county disaster response planning and reorganizes the authorities and responsibilities of government leaders, providing the public with increased clarity during difficult and uncertain circumstances.”
To comment on or like this story, go to facebook.com/kaucalendar.

AFTER REVIEWING 245 MEASURES PASSED by the 2014 Hawai`i State Legislature, Gov. Neil Abercrombie has notified legislators of his intent to veto 10 bills, in addition to the notification on June 9 of his intent to line-item veto House Bill 1700 relating to the state budget.
“I commend legislators for passing many important and relevant measures this session that will benefit Hawai`i’s residents, like higher minimum wage and land preservation,” Abercrombie said. “However, there are a few bills I am considering vetoing because of input I have received from concerned individuals. Other bills, despite their good intentions, will not work as they are written.”
The state of Hawai`i Constitution requires the governor to provide 10 working days’ notice for any measures that he may veto by July 8.
Abercrombie said most of the bills are potentially objectionable because of concerns raised by state department or agencies, reflected in testimonies provided during the hearing process. The purpose of the notice is to allow sufficient time for the governor to give additional consideration, have further discussions and inquiries and conduct deeper analysis before final decisions are made.
To comment on or like this story, go to facebook.com/kaucalendar.

ONE BILL THAT IS NOT ON GOV. NEIL ABERCROMBIE’S veto list is House Bill 1671, which increases the amount of transient accommodation tax revenues available to the counties. The tax is collected on hotel rooms and rentals of less than 180 consecutive days. “All of the mayors and the county councils worked together this year to make a strong and compelling case for lifting the cap,” a spokesman for Mayor Billy Kenoi told Nancy Cook Lauer, of West Hawai`i Today. “We appreciate the decision by the state Legislature and the governor to increase the counties’ share … and we look forward to continuing this discussion next year.”
The county plans to apply the entire amount of the extra transient accommodations tax, $1.86 million, to the county’s account for future health benefits for retirees.
See westhawaiitoday.com.
To comment on or like this story, go to facebook.com/kaucalendar.

NA`ALEHU INDEPENDENCE DAY PARADE starts at 11 a.m. Saturday. To participate, volunteer or donate, call Debra McIntosh at 929-9872 or see okaukakou.org/4th-of-july-parade and click on the volunteer button.
After the parade, `O Ka`u Kakou provides fun times at Na`alehu Park for all ages with free shaved ice, hot dogs, games for keiki and Bingo for seniors. 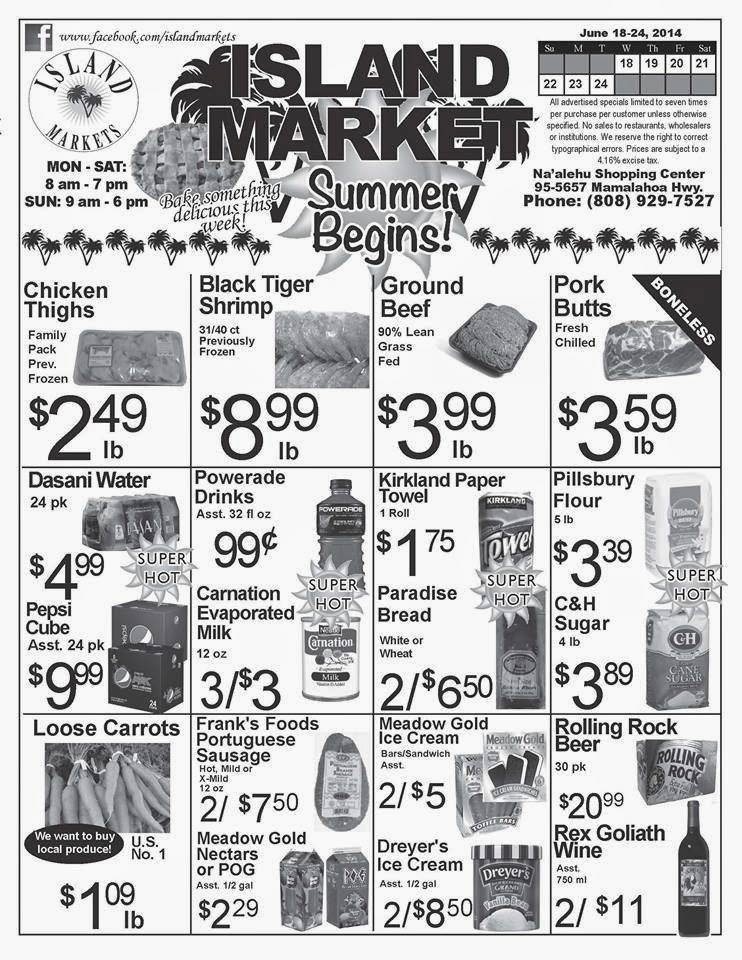 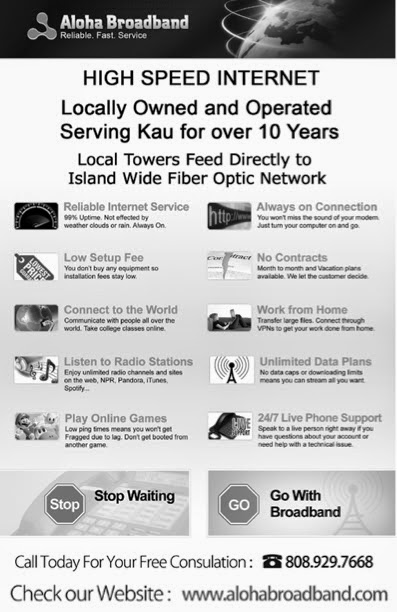 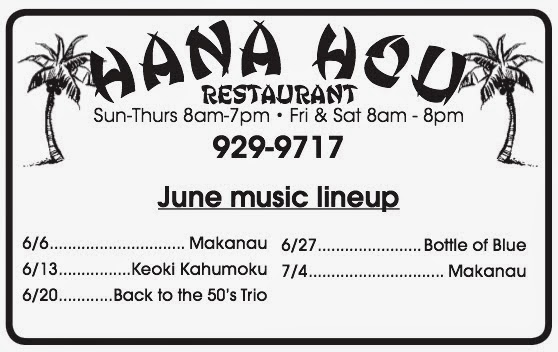