CHARGING STUDENTS MORE FOR SCHOOL BUS RIDES is one of the options being considered by the state Board of Education and its newly appointed services chief Randy Moore, according to a report in this morning’s Civil Beat. According to the story by Katherine Poythress, during its meeting last night in Honolulu, board chair Don Horner talked about encouraging competition among private companies bidding on school bus transportation for students around the state. Some of the ideas include giving one company the contract for the entire state, allowing some of the older school buses to be placed back in service, raising fares and going to a four-day school week.
A report to the Legislature, which is expected to work on the issue next session, is due this Friday. Civil Beat has been running a series of stories on school bus contracts in Hawai`i, showing that there has been a lack of competitive bidding on the service since 2007. The governor is asking for $54 million for the 2013 school bus budget. The Department of Education is asking for $71 million, and the Legislature appropriated $29 million. The DOE also receives tens of millions in federal funding to run the school transportation system. See more at civilbeat.org.
AN INTERNAL AUDIT of the Department of Education was also approved at yesterday’s school board meeting, according to a report in today’s Hawai`i Tribune Herald. Big Island board member Brian DeLima told reporter Colin M. Stuart that the audit will be the first time that the BOE has charged an outside auditing firm with performing a prior risk assessment “of what departmental functions are at risk for creating problems for us on an ongoing basis.”

CONSERVATIONISTS, HUNTERS AND RANCHERS turned up last night at Na`alehu Community Center to visit the public displays and give input into the Draft Environmental Impact Statement for managing goats, pigs, sheep, wild cattle and other ungulates in Hawai`i Volcanoes National Park. Many of the comments from the public included allowing local families to hunt the animals and bring them home for food. One suggestion was to have a lottery for local hunters to determine who would be allowed to take out the animals. Another comment verbalized at the meeting was to allow hunters from outside Ka`u, including professional hunters, work on bringing down the number of ungulates one month, and local residents hunt the next month. One rancher talked about placing a bounty on the animals and letting the locals hunt them.

There was much discussion on keeping the area pristine, as Ka`u has the largest stands of native forests in all of Hawai`i, and there is concern that invasive plants and insects could be carried into the forest and cause damage. The removal of the pigs, sheep, goats and wild cattle is aimed at allowing the understory of the forest to flourish, which is important to native birds. Reducing pigs in the forest would lessen the number of standing puddles where insects breed and infect native birds with avian malaria. The park protects 50 endangered, threatened or candidate species. Not all of them are birds. The Ka`u silversword is one of the plant species being protected and damaged by ungulates.
Comments are being accepted by email and written letters until Jan. 20. Written comments can be submitted at http://www.parkplanning.nps.gov/havo_ecosystem_deis or by mailing correspondence to Cindy Orlando, Superintendent, Hawai`i Volcanoes National Park, PO Box 52, Hawaii National Park, HI 96718.
Another meeting on the plan and EIS takes place this evening from 6 p.m. to 8 p.m. at the Outdoor Circle Educational Center at 76-6280 Kuakini Hwy in Kona.

THE KA`U FOREST RESERVE is the subject of another management plan that involves controlling pigs, goats, sheep and wild cattle. This plan is being written by the state, and a draft Environmental Impact Statement is being written. Ron Terry, of Geometrician Associates, is meeting with individuals and groups in Ka`u. He can be reached at 969-7090 or geometricianassociates.com.

KAWA FLATS improvements to eliminate flooding across Hwy 11 is the subject of a meeting tomorrow at Na`alehu School Cafeteria at 6 p.m. sponsored by the state Department of Transportation and Federal Highway Administration. Comments are being taken on the Environmental Assessment to raise Hwy 11 some ten feet above grade to 46 feet above sea level. An 84-foot-wide culvert, eight feet high, would be placed beneath the highway along a 3,700-foot section of the highway.
“Flood waters from an intermittent stream frequently overtop the highway and completely close this round-the-island highway – the only route connecting the two main towns of Ka`u,” the EA states.
The draft EA is available at Pahala and Na`alehu public libraries, and online at hawaii.gov/ health/environmental/oeqc/index.html. 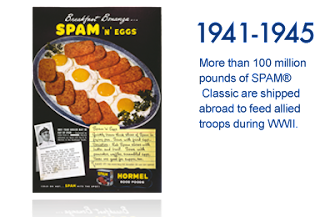 BOTH STATE OF HAWAI`I AND U.S. FLAGS are flying at half-staff today to commemorate the enduring legacy of the events at Pearl Harbor 70 years ago. Japan’s surprise attack on Hawai`i led many Ka`u residents to sign up to fight in World War II. The military moved in, setting up shop at such places as the Pahala Hongwanji and Kilauea Military Camp. Ka`u residents were told to keep their lights off at night, fearing another attack. Military Jeeps and SPAM rations arrived and are among the cultural impacts that remain.
HAWAI`I WILDLIFE FUND sponsors an anchialine pond restoration workday this Saturday. Volunteers meet at 7:45 a.m. at Wai`ohinu Park and carpool to Ho`onoua Pool North. To sign up, contact Megan at 769-7629 or kahakai.cleanups@gmail.com.

CHRISTMAS IN KA`U will be sponsored by Thy Word Ministries-Ka`u at the Na`alehu Hongwanji Building on Hwy 11. The event on Saturday from 9 a.m. to 1:30 p.m. with song, hula, dance and free Hawaiian plate lunches is open to everyone. Vendor spaces are available by calling Pamela Taylor at 937-3386.

VOLCANO ART CENTER’S free Holiday Lights Community Celebration takes place Saturday from 3 p.m. to 6 p.m. at its Niaulani Campus in Volcano Village. The Christmas tree and light display features a children’s tree ornament contest. Other activities include an `ohi`a yule log hunt, holiday music, caroling, marshmallow roasting, light refreshments and a visit by Santa Claus.
JUNIOR “VOLCANO” CHOY presents A Night of Hot Jazz after the Holiday Lights Celebration at the Niaulani Campus from 7 p.m. – 9 p.m. Tickets are $15 and can be purchased at 967-8222 or volcanoartcenter.org.
THE ANNUAL PAHALA CHRISTMAS PARADE is getting organized, with churches, community groups and other groups building their floats. Organizer Eddie Andrade, who has sponsored the parade for more than 40 years, can be contacted at 928-0808. Participants meet this Sunday at 11:30 a.m. at Pahala Armory for the parade that begins at 1 p.m. and winds through Pahala, with refreshments at the Catholic Church following the procession.