Posted by The Ka`u Calendar at 11:21 PM Links to this post

MAYOR HARRY KIM WILL HONOR THE PARIS ACCORD on Tuesday, with other Hawai`i mayors represented at the state Capitol rotunda in Honolulu. Honolulu Mayor Kirk Caldwell and representatives from the office of Kim, Maui Mayor Alan Arakawa, and Kaua`i Mayor Bernard Carvalhho, along with members of the Hawai`i Legislature, will sign a commitment agreement to
follow the goals enshrined in the Paris agreement. That agreement, signed by all countries except Syria, Nicaragua and the Vatican, was rejected by Pres. Donald Trump last week, even though the Pope urged the President to comply.

Since then, numerous cities and states have vowed to carry on the Paris Accord to reduce greenhouse gases worldwide and work toward clean energy to lessen threats of climate change and a warming planet.
Ige said, "Hawai`i and other Pacific Islands are already experiencing the impact of rising sea levels and natural disasters. That's why my administration and the Legislature are already taking concrete steps to implement the Paris Accord.
"Hawai`i will continue to fulfill its kuleana on reaching our energy, water, land and other sustainability goals to make island Earth a home for all. The innovation economy is driven by technology, clean energy, and green jobs. We will continue to lead on this transformation and work collaboratively with people around the world."
The governor also announced that he will sign Senate Bill 559, which expands strategies and mechanisms to reduce greenhouse gas emissions statewide in alignment with the principles and goals adopted in the Paris agreement.
Ige said he will also sign House Bill 1578, which establishes the Carbon Farming Task Force within the state Office of Planning to identify agricultural and aquacultural practices to improve soil health and promote carbon sequestration in the state’s agricultural and aquacultural sectors.
The gathering for the signing will be at noon and it will be streamed through Facebook Live at facebook.com/governordavidige.

HAWAI`I ATTORNEY GENERAL DOUG CHIN said today, "I am proud to stand beside both Governor Ige and many of my fellow attorneys general as a signatory to the We are Still In coalition. Climate change is of unique importance to our island state, and I will be working with my fellow attorneys general to find ways to act effectively, even when the federal government won't."
Other state attorneys general joining the coalition today include California, Connecticut, Delaware, District of Columbia, Illinois, Iowa, Maine, Maryland, Massachusetts, Minnesota, New Mexico, New York, North Carolina, Oregon, Pennsylvania, Rhode Island, Vermont, and Virginia.
Chin pointed out that President Trump announced on June 1 that the United States would break ranks with more than 190 countries and leave the historic global commitment that entered into force in November 2016. The signatories to the We are Still In coalition, on Monday, released the following statement:
“We, the undersigned mayors, governors, attorneys general, college and university leaders and businesses are joining forces for the first time to declare, that we will continue to support climate action to meet the Paris Agreement.
"In December 2015 in Paris, world leaders signed the first global commitment to fight climate change. The landmark agreement succeeded where past attempts failed because it allowed each country to set its own emission reduction targets and adopt its own strategies for reaching them. In addition, nations – inspired by the actions of local and regional governments, along with businesses – came to recognize that fighting climate change brings significant economic and public health benefits.
"The Trump administration’s announcement undermines a key pillar in the fight against climate change and damages the world’s ability to avoid the most dangerous and costly effects of climate change. Importantly, it is also out of step with what is happening in the United States.
"In the U.S., it is local and state governments, along with businesses, that are primarily responsible for the dramatic decrease in greenhouse gas emissions in recent years. Actions by each group will multiply and accelerate in the years ahead, no matter what policies Washington may adopt.
"In the absence of leadership from Washington, states, cities, colleges and universities and businesses representing a sizable percentage of the U.S. economy will pursue ambitious climate goals, working together to take forceful action and to ensure that the U.S. remains a global leader in reducing emissions.
"It is imperative that the world know that in the U.S., the actors that will provide the leadership necessary to meet our Paris commitment are found in city halls, state capitals, colleges and universities and businesses. Together, we will remain actively engaged with the international community as part of the global effort to hold warming to well below 2°C and to accelerate the transition to a clean energy economy that will benefit our security, prosperity, and health.”
"The Paris Climate Agreement requires participating countries to limit global warming to well below 3.6 degrees Fahrenheit from preindustrial levels and encourages them to pursue efforts to keep temperature increases to 2.7 degrees Fahrenheit. The “We Are Still In” coalition pledges to ensure that despite the country’s exit from the agreement the United States will continue to be a leader in reducing greenhouse gas emissions."

COFFEE FARMER ANDRES MAGANA ORTIZ  is the focus of an appeal by Sen. Mazie Hirono and the Hawai`i Congressional Delegation. They urge the U.S. Department of Homeland Security Secretary John Kelly to stop the deportation of the Hawai`i Island coffee farmer.
A statement from Hirono points out that Ortiz, a well-respected coffee farmer on Hawai`i Island, faces deportation after living in the United States for nearly 30 years. Last week, the Ninth Circuit Court denied Magana Ortiz’s request to remain in the United States.
Hirono said she spoke to the Homeland Security Secretary over the phone to asked that Kelly exercise his discretionary authority to allow Ortiz to stay in Hawai`i. The Secretary of Homeland Security has the authority to issue a stay that would stop the deportation, Hirono contended.
A letter to Kelly, signed by Senators Hirono and Brian Schatz, and Representatives Tulsi Gabbard and Colleen Hanabusa, states:
"We are writing to request that your Department exercise its prosecutorial discretion and re-evaluate the request for a stay of removal for Mr. Andres Magana Ortiz of Kailua-Kona, Hawai`i. We believe the particular circumstances of Mr. Magana Ortiz’ case merits the extraordinary grant of a stay. Mr. Magana Ortiz is currently in the process of adjusting to legal status on the basis of his wife’s citizenship. In other words, he is trying to do the right thing. Mr. Magana Ortiz is an upstanding member of our community and does not belong in the category of dangerous individuals who should be prioritized for deportation.  In fact, during his immigration proceedings, the government itself conceded that Mr. Magana Ortiz possesses good moral character.
"We agree that persons that pose a threat to national security and public safety should be a priority for deportation proceedings. However, Mr. Magana Ortiz poses no such threat to national security or public safety and therefore should not be a priority for removal. Rather, it is in our national interest for Mr. Magana Ortiz to remain in the United States where he can continue to work, pay taxes, and raise his family
"The Department has the authority under 8 CFR 241.6 to issue an administrative stay of removal—essentially, to decide whether to keep families together or tear them apart—and in 2014 Mr. Magana Ortiz received a stay. At that time, presumably the Department found his arguments compelling and consistent with federal law, which has not changed. He filed subsequent stays, one of which was not acted upon by the Department, and another that was denied in March of this year. As a result of this denial, Mr. Magana Ortiz received a Final Order of Removal and has been ordered to report to ICE for deportation on Thursday, June 8, 2017.
"The Department’s most recent denial wastes the government’s time and resources on proceedings for an individual who poses no threat to our nation, while a parallel proceeding that could resolve the issue remains open. In 2015, Mr. Magana Ortiz’s wife filed an I-130 Relative Petition for Alien Relative. According to the District Court’s record, this petition was filed in September of 2015 but receipt had not been acknowledged by the Department until March 29, 2016. Given that this avenue is still open and unresolved and has taken what appears to be an extraordinarily long time, we fail to see the value in the Department’s aggressive approach to Mr. Magana Ortiz’s deportation.
"In his concurring opinion to the denial of the motion, Judge Stephen Reinhardt noted that Mr. Magana Ortiz entered the United States from Mexico in 1989, at the age of fifteen, and has since built a house, started his own business, paid taxes, married a U.S. citizen, and had three U.S. citizen children. He wrote that Mr. Magana Ortiz is by all accounts “a pillar of his community and a devoted father and husband.” Judge Reinhardt further stated that deportation would deprive Mr. Magana Ortiz’ children of a parent and source of financial support, and possibly of a home and an opportunity for education, unless they follow him to Mexico, a country where they have never lived, and where they do not speak the language.
"The Department has the power to keep this family together, or to break them apart. Given the urgent nature of Mr. Magana Ortiz’ situation, we request that you exercise prosecutorial discretion by granting a stay of relief.  In addition, we ask that you expedite review of his wife’s I-130 petition."

ADOPT A BLOCK IS A NEW INITIATIVE for Fridays  in Ocean View. "Help keep Ocean View clean," urges the OV Community Association.  Sign up at the Ocean View Community Center and pick up street-side trash on Fridays. Free colorful trash bags will be available at the Community Center.  Those needing someone to take bags to transfer station, call 238-6025. 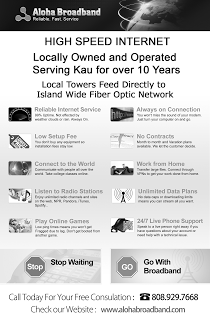 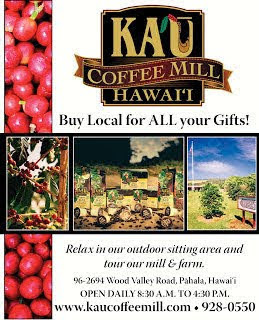 Posted by The Ka`u Calendar at 12:33 AM Links to this post