REPEAL AND REPLACE THE AFFORDABLE CARE ACT is on the agenda this week for the U.S. Senate. Hawai'i Sen. Brian Schatz sent out an alert today saying that Senate Republican leader "Mitch McConnell and Donald Trump are lobbying Senate Republicans to try yet again to repeal your health care. And here’s the terrifying part: They only need to flip one vote by the end of September to pass a repeal bill.
"I am not exaggerating here. I am really alarmed. Millions of Americans are at risk of losing their health care in just two weeks," claims Schatz. "They think if enough people believe Trumpcare is dead, they can rush their bill through Congress before we have a chance to organize and fight back."
He said that he and other Senate Democrats are taking the Senate floor tonight "to try to stop this disastrous repeal bill, but we cannot win this fight alone." 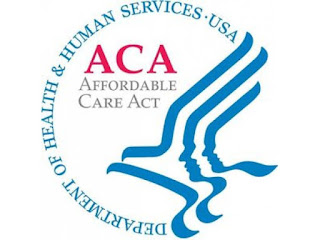 Schatz asked constituents to "Sign my petition and tell Senate Republicans we won’t let them strip away care from millions of Americans."
According to the Hawai'i Senator, three Republicans in the U.S. Senate will be needed "to kill this newer, nastier bill, but we do not have that yet. Two weeks ago, Sen. John McCain, who was the deciding vote against Obamacare repeal, announced he’s willing to support Senator Graham and Cassidy’s awful 'health care' bill. That means this bill could be passed in a matter of days."
Schatz contended that "If this repeal bill passes the Senate, 32 million Americans will lose coverage. The bill ends Medicaid expansion, cuts coverage for low-income seniors, children, and people with disabilities, targets women’s health and family planning, and increases insurance rates. Republicans know these health care cuts are nothing short of a massive tax break for insurance companies, drug companies, and the wealthy -- that’s why they’re working on this disastrous legislation behind closed doors."


CLIMATE WEEK HAS DRAWN GOV. DAVID IGE TO THE U.N. ASSEMBLY in New York where governors and mayors are huddling with leaders of countries from around the world. The New York Times reported that California Gov. Jerry Brown said today that the Trump Administration did not send representatives to Climate Week, which is taking place at the same time as the U.N. Assembly. "That's why we have governors here. Because we don't have someone from Washington D.C., the states are picking up the baton."
The New York Times reported the Hawai'i governor saying, "We certainly believe if the federal government won't lead in this area we want the world to understand there are states across the country that are committed." The New York Times pointed out that Hawai'i was the first state to enact the 100-percent-renewable energy standard.
Hawai'i is one of 14 states and Puerto Rico that joined the United States Climate Alliance to continue the commitment to the Paris Accord after the Trump Administration vowed to drop out. According to the New York Times, North Carolina is expected to join the Alliance and its governor has gone to Climate Week.
Organizers of Climate Week, today, released a report entitled ‘States, cities and businesses leading the way: a first look at decentralized climate commitments in the US’. It concludes that the U.S. can already meet half of its climate commitments under the Paris Agreement by 2025, if the 342 commitments included in the analysis are implemented.

AS CLIMATE WEEK PROCEEDS, SEN. BRIAN SCHATZ is drumming up support to block Pres. Donald Trump's appointments of climate change deniers to key positions in the federal government.
Said Schatz, "President Trump has made it a top priority to dismantle the progress we’ve made on climate - and now he’s working with Congress to make it happen. Right now, he is drumming up support for climate change denier and birther, Sam Clovis, who isn’t even a scientist, to be the next Chief Scientist of the USDA. He is campaigning to put Representative Jim Bridenstine, who doesn’t believe climate change is caused by humans, in charge of NASA.
"President Trump and Scott Pruitt are ramping up their attacks to please their climate denier base -- there’s no doubt about it."

Over the weekend Schatz launched a "fundraising drive to get ahead of the Trump administration’s attacks on climate." He said the donations are needed because "Coal, oil, and gas industries funneled over $90 million to candidates who publicly deny climate change to build a 'Climate Denier Caucus' in Congress  - and now they’re looking for a return on their investment.
"Withdrawing from the Paris climate accord was first. Confirming Sam Clovis and Jim Bridenstine is next. And the only thing that’s stopping them is what we are willing to do about it. When President Obama was in office, climate change deniers had little reason for optimism. Under President Trump, they’re growing more influential. But if they see that their attacks trigger a wave of grassroots activism urging the administration and Congress to provide a solution to climate change, they will have to take a step back."

DACA RECIPIENTS IN HAWAI'I fear "being separated from their families despite being brought here as minors, through no choice of their own," said Congresswoman Tulsi Gabbard. Over the weekend she met with a group of those protected by the Deferred Action for Childhood Arrivals policy, who came to the country illegally with relatives when they were children. She said, "Those in Hawai'i and the hundreds of thousands across the country have been able to come out of the shadows and use DACA to obtain an education, serve our country, find work, support their families, and build a future for themselves without fear of deportation in the only home they have ever known.
"President Trump’s ending of the DACA program requires each and every one of us to stand up, speak out, and take action to enact a permanent solution for the 800,000+ DACA recipients in this country. The time is now for you to speak up to tell the President and Congress that we want our young people here in America on DACA to stay." The Congresswoman said she encourages everyone to "Sign on as a citizen cosponsor to the DREAM Act and urge Congress to pass this bipartisan bill."
According to Gabbard, DACA has allowed more than 600 young people in Hawai'i to realize the opportunity promised to all Americans. "We cannot allow them to be deported to a foreign land or be forced back into the shadows. To do so would betray the trust they placed in our government, and runs contrary to the spirit of aloha that we try to live by.
"We cannot afford any more band-aid temporary fixes. Congress must show compassion to those who have put their faith in the hands of the federal government, and now face uncertainty, wondering if that trust will be used against them," stated Gabbard.

Donations can be made of up to $249 at the checkout with the organization name PARENTS, Inc. and donation code 77251, at any Foodland, Foodland Farms or Sack N Save store statewide during the month of September. Foodland and the Western Union Foundation will match all donations up to a total of at least $300,000 for all organizations combined.
PARENTS, Inc. says they are looking to reach a goal of $5,000, with “.95 cents of every dollar donated going directly to programs in our communities” and contributions “directly [benefiting] families right here in Hawai’i.” PARENTS, Inc., has a Ka'ū office located in Nā’ālehu, where its mission is to “strengthen families by providing resources, skills, support and advocacy to create cycles of positive parenting.” For more about PARENTS, Inc. visit hawaiiparents.org.

MELE AND HULA will be presented by Hālau Ke ‘Olu Makani O Maunaloa, this Wednesday, Sept. 20, at Kīlauea Visitor Center auditorium at 6:30 p.m. Led by Kumu Hula Meleana Manuel, the halau mission is to strive to perpetuate the native Hawaiian culture through mele (song) and hula. The event is free. Park entrance fees apply. Hawai'i Volcano National Park's interpretation division is the sponsor.

Those with recalled or structurally unsound car seats will receive a free new car seat, acquired through grant funding from the Department of Transportation. For more information or to schedule an appointment, call or text 808-896-1336. For information about Child Passenger Safety, visit safekids.org.

THE NATURE CONSERVANCY HOSTS A VOLUNTEER DAY at its Kona Hema Preserve in South Kona on Saturday, Sept. 23, from 8 a.m. to 3 p.m.
Space is limited so those wanting to volunteer must contact Schubert in advance to reserve a spot on one of the trucks. For more, read the Ka'ū News Briefs from September 8. To contact Schubert, email lschubert@tnc.org or call 443-5401.

HAWAI’I SEED FEST: LOCAL SEEDS FOR LOCAL NEEDS, sponsored by The Kohala Center and Hawai’i Seed Growers Network, is scheduled for Saturday, Sept. 23, from 9 a.m. to noon in Pāhoa and Honalõ.
"Check out variety trials in progress, learn how to conduct successful trials in your garden, enjoy refreshments and tastings of crops being grown from local seed, talk story with a local seed grower, and meet others in your community interested in improving local food security," says an announcement from The Kohala Center. Attendance is free but space is limited. Reserve online at localseeds.eventbrite.com or call The Kohala Center at 808-887-6411. Visit Hawai'i Seed Growers Network.

NATURE & CULTURE: AN UNSEVERABLE RELATIONSHIP, a moderate hike approximately 2 miles takes place Saturday, September 23, from 9:30 a.m. to 11:30 a.m. at Kahuku Unit of Hawai'i Volcanoes National Park. Palm Trail hikers visit a place where catastrophic change (hulihia) and subsequent restoration (kulia) can be observed as the land transitions from the 1868 lava flow with its pioneer plants to deeper soil with more diverse and older flora. Learn about native plants that play a vital role in Hawaiian culture. Free. Visit nps.gov/havo for more.

ACOUSTIC INSTRUMENT PLAYERS, DRUMMERS, SINGERS AND DANCERS ARE WELCOMED for Kanikapila on Saturday, Sept. 23, from 6 p.m. to 9 p.m., at the Nā‘ālehu Methodist Church Hall. For more, call Desmond at 937-6305.

JOIN A GUIDED HIKE ALONG THE PALM TRAIL on Sunday, Sept. 24, from 9:30 a.m. to 12:30 p.m. within the Kahuku Unit of Hawai'i Volcanoes National Park. This moderately difficult 2.6-mile loop traverses scenic pastures along an ancient cinder cone, with some of the best panoramic views Kahuku has to offer. Free. Visit nps.gov/havo for more.

Posted by The Ka`u Calendar at 5:32 PM Links to this post