THE PUBLIC IS INVITED to the groundbreaking for the new Ka`u disaster shelter & gymnasium at 9 a.m. on Wednesday, Oct. 3. In attendance will be Gov. Neil Abercrombie, Sen. Gil Kahele, Rep. Bob Herkes, Mayor Billy Kenoi, Councilmember Brittany Smart, county Department of Parks & Recreation chief Bob Fitzgerald and Public Works chief Warren Lee. Also onsite will be contractor Summit Construction, Inc. President Jack Parker, Project Superintendent Kenneth Petrisko, Project Manager Melvin Inouye and Project Engineer Rex Tajiri. Also attending is Aaron Fujii, of design and engineering company Mitsunaga & Associates. Superintendent of Schools for Ka`u, Kea`au and Pahoa, Mary Correa, also plans to attend, along with representatives of Ka`u High & Elementary School.
Invited are children on break, teachers, parents and the general public, who will also be able to use the new gym and recreational center. Light refreshments will be served. The regional shelter will be available to all citizens during disasters. Some of the rooms are expected to have air-cleaning systems to shelter sensitive people during bad air days. The facility will include a gymnasium that will allow multiple active playing courts, workout rooms, locker rooms weight room, offices, certified kitchen and the ability to turn the facility into and events venue with a stage. The contract to build the complex is more than $17 million.

LINCOLN ASHIDA AND MITCH ROTH debated at University of Hawai`i over the weekend as they campaign toward their runoff to become the next Prosecuting Attorney in the Nov. 6 election. According to a Nancy Cook Lauer story in the West Hawai`i Today, Roth focused on his approach of working with communities to prevent crimes and round up the few people who commit the majority of offenses. The story quotes Roth saying, “Think smarter, not just tougher,” and leave prisons open for serious offenders.
Ashida also talked about tracking down the 20 percent of offenders who commit 80 percent of crimes, the West Hawai`i Today story reports. “We’re not just talking about programs that reduce crimes in our neighborhoods,” said Ashida. “It’s about arresting those responsible and putting them in prison. It’s about community protection.”
According to the story, Roth put forth that “a community-oriented prosecution plan that closes down drug houses, prevents driving under the influence through education and employs devices such as ignition interlock systems and GPS ankle bracelets is the best approach.”
West Hawai`i Today reports Roth saying, “It’s all of our responsibilities. You can reduce the amount of burglaries through community programs,” pointing to his Ocean View and Puna programs. “If your only tool is a hammer, all your problems are nails. We just can’t look and say the only thing we’re going to do as prosecutor is prosecute cases,” said Roth. According to the story, Ashida called for more prison space, pointing to the planned reopening of Kulani Correctional Facility between Hilo and Volcano. He said more prison space could protect the community by getting dangerous criminals off the street. See more at www.westhawaiitoday.com.

HAWAI`I’S WORKPLACE HEALTH AND SAFETY enforcement capacity could come back to federally compliant levels with a new agreement between Gov. Neil Abercrombie and U.S. Occupational Safety and Health Administration regional administrator Ken Nishiyama Atha. The agreement outlines how OSHA and the state Department of Labor and Industrial Relations’ Hawai`i Occupational Safety and Health Division will collaborate to meet safety and health goals and enforce safe and healthful working conditions for Hawai`i’s workers.
The governor said that the HIOSH enforcement capacity was diminished when former Gov. Linda Lingle’s administration eliminated 32 of 51 HIOSH positions during the 2009 Reduction-in-Force process. In fiscal year 2009, HIOSH completed only 426 inspections, or 51 percent of its goal of 835 inspections.
“We reached out proactively to OSHA to identify a solution toward restoring these important enforcement positions, and the progress we have made since 2010 was reassuring to our federal counterparts and demonstrated that Hawai`i is serious about workplace health and safety,” Abercrombie said. “Since I took office, my administration has achieved the minimum staffing required by OSHA.”
OSHA regional administrator Atha signed the agreement on behalf of federal OSHA.
Highlights of the agreement include:
* Supplementary financial support for HIOSH;
* Additional mandatory training opportunities, including bringing more training programs to Hawai`i and providing priority placement for HIOSH staff;
* Assistance from OSHA in developing a training plan for the HIOSH staff – including supervisory development;
* Additional mentoring opportunities for HIOSH staff from more experienced federal inspectors;
* OSHA assistance to develop compliance assistance programs.
Half of the 32 positions eliminated by the 2009 RIF were benchmarked positions that contributed to meeting necessary OSHA staffing requirements. OSHA requires the state to have 22 specific positions in compliance and consultation. 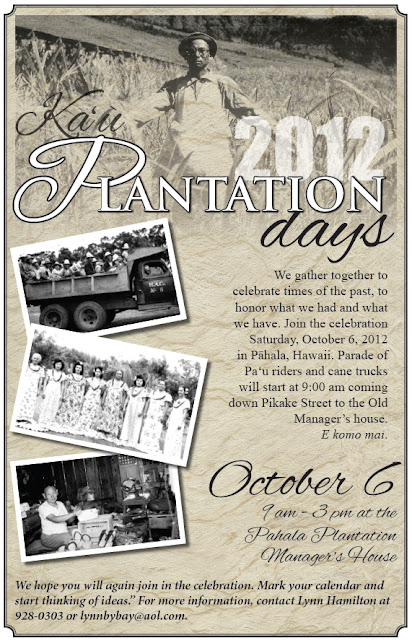 Only 12 of the 22 benchmarked positions were authorized in the state’s Executive Budget, and only 10 of the 12 positions were filled. The Department of Labor and Industrial Relations oversees HIOSH. Its director, Dwight Takamine, has been working with federal officials since to ensure that the state meets federal standards.
“Let’s not forget that safety is also good economics,” Abercrombie said. “When injuries and deaths are prevented, workers compensation costs and additional training costs for new employees go down for employers.”
Hawai`i is one of 27 states and territories currently operating state worker safety plans. Most states, including Hawai`i, provide free onsite consultation to help employers identify and correct workplace hazards.

HAZEL BECK, of Hawai`i Small Business Development Center, teaches how to write a business plan Thursday from 9:30 a.m. to 11:30 a.m. at Na`alehu Community Center. Pre-registration is recommended. Contact Jackie Muller at 327-3680 or jacqueline.muller@hisbdc.org.

THE 2ND ANNUAL KA`U PLANTATION DAYS event is coming up on Saturday, Oct. 6 on the grounds of and inside Pahala Plantation House. The celebration of what organizers call “what we had and what we have” begins with a parade of pa`u riders and cane trucks down Pikake Street at 9 a.m. Photos and memorabilia are on display until 3 p.m., along with booths featuring ethnic food. There will also be music and dance. For more information, contact Lynn Hamilton at 928-0303 or lynnbybay@aol.com.

ALSO SEE KAUCALENDAR.COM AND FACEBOOK.COM/KAUCALENDAR.
Posted by The Ka`u Calendar at 11:23 AM Links to this post