THE NEW PUBLIC LAND DEVELOPMENT CORP. is getting support from Gov. Neil Abercrombie, according to a Derrick DePledge story in this morning’s Honolulu Star Advertiser. The act, which the governor signed this year after the bill passed the state legislature, would allow private development on state lands as a way to manage property and bring in income. It would be under the oversight of the Department of Land & Natural Resources.
The Public Land Development Corp. has received criticism at public hearings around the island from citizens, and environmental, Native Hawaiian, historic preservation and union groups, who said they fear it will allow undesired development of lands owned by the people. 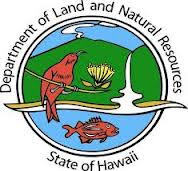 According to DePledge, the governor “has launched an enthusiastic defense of the troubled Public Land Development Corp, describing it as a potential catalyst for partnerships with the private sector on modern schools, workforce housing, long-term care and early childhood education." According to the story,  “The governor said the corporation, which has a broad exemption from land use and county zoning laws and construction standards, could have the flexibility to cut through government bureaucracy and help the state deliver on long-delayed promises.”
The DePledge story quotes Abercrombie characterizing those who testified against the PLDC concept at public hearings around the state this summer “as the ‘usual suspects’ who used public hearings this summer on the corporation’s draft administrative rules to create ‘conspiratorial hysteria.’” See more at www.hawaiistaradvertiser.com. See the governor's website explanation of the PLDC at
http://hawaii.gov/gov/faq/public-land-development-corporation-pldc.

STATE SENATOR MALAMA SOLOMON recently issued a statement saying she is “sorely disappointed that there is so much misinformation" about the Public Land Development Corp. "Our public lands are a ‘treasure’ that must be protected.” She said Gov. Neil Abercrombie and the state Senate and House of Representatives have agreed to work on a Strategic Plan that “clarifies the vision, mission, goals and values of the PLDC, putting public benefits as a top priority.”

She said the PLDC, which could bring economic development and income from state lands, is comparable to the idea of managing lands through a national park system. “Our state is very unique in the nation. The state owns and manages most of the public lands, while in other states the federal government is the owner and manager. This legislation is patterned after the federal National Park Mission Statement, which is to conserve the scenery, the natural and historic objects and to provide for the public’s enjoyment of these features in a manner that will leave them unimpaired for the enjoyment of future generations,” said Solomon. She said, "It is my hope and vision that the PLDC creates a vehicle to replicate what I call 'The Yosemite Model.'"
She also said there are misunderstandings concerning historic preservation and restated that the act includes a prohibition on selling ceded lands. Under the oversight of the state Department of Land and Natural Resources, the PLDC would be allowed to go into partnerships with private investors for economic development on state lands and would be exempt from many environmental and zoning laws. Said Solomon: “For some, partnerships are a new way of doing business, but in today’s economic climate, partnerships are the only way we can effectively improve public benefit and make things happen without raising taxes or fees.” 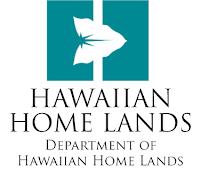 THE HAWAIIAN HOME LANDS COMMISSION hosts a public meeting tonight at Pahala Community Center to gather local input for its regional plan for Hawaiian Home Lands in Ka`u, which are mostly located at South Point, Ka Lae. The session begins at 6 p.m. when community organizations will host information booths and representatives from the Department of Hawaiian Home Lands will be available for one-on-one consultation with beneficiaries. It continues with presentations and public input at 6:30 p.m. The Ka`u Hawaiian Home Lands Association urges everyone to attend. Read the Ka`u Regional Plan at hawaiianhomelands.org.

KA`U HAWAIIAN HOME LANDS ASSOCIATION will host its annual meeting tomorrow, 9:30 a.m., at Na`alehu Community Center regarding the properties in Ka`u under Hawaiian Homes Lands, both residential and agricultural. The meeting is open to the public.

THE DLNR REVEALED series of television productions has released a new hour-long program called Protecting Hawai`i`’s Reefs from Invasive Seaweed. It explains DLNR research with native collector sea urchins used to keep invasive seaweed populations low. The program is shown on ‘Olelo Channel 54. The DLNR’s Division of Aquatic Resources is also featured. According to a statement from the agency, “DLNR Revealed, a periodic televised program, seeks to share with the community the various exceptional efforts of the department’s staff and partners doing conservation projects throughout our islands.
Two previous episodes have addressed Wildland Fires and the Hawaiian Islands Humpback Whale National Marine Sanctuary. Wildland Fires features a panel discussion about Hawai‘i’s wildfires, how DLNR and fire-fighting partners work to prevent them, and how the public can help. Hawaiian Islands Humpback Whale National Marine Sanctuary illustrates how DLNR and National Oceanic and Atmospheric Administration partners with communities to protect the Humpback Whale, and how the public can get involved. Protecting Hawai‘i’s Reefs from Invasive Seaweed airs on Channel 54 on Saturday, Sept. 22, at 7:30 p.m. and Monday, Sept. 24, at noon.

THE HAWAI`I WILDLIFE FUND’S CLEANUP this past Saturday marked the organization’s fourth annual beach cleanup at Kamilo Point for the statewide Get the Drift & Bag It event. Coordinator Megan Lamson said 61 participants joined in Saturday with volunteers from around the island and five people from San Diego.
Lamson reported that 2,760 lbs of rubbish, including approximately 1,000 lbs of derelict fishing nets, were removed from one-mile of coast. Other debris included toothbrushes, cigarette lighters, plastic toy figures, and myriads of miscellaneous unidentifiable pieces of plastic bits in every shape and color imaginable. She said, “interesting finds included intact glass light bulbs (standard size and 8" long), several fiberglass boat pieces (up to 6' long), and an odd large orange buoy. As of now, no ‘verifiable’ tsunami debris from the March 11th, 2011 event at Fukushima has washed ashore in the Hawaiian archipelago. However, HWF and volunteers are on the lookout,” Lamson reported.
Hawai`i Wildlife Fund has cleared marine debris from the shoreline, Ka Lae to Wai`ohinu, since 2003 and has hauled over 155 tons. The next cleanups in Ka`u are Saturdays Nov. 17 and Jan. 12. For more information or to sign-up for the next event, contact Lamson at kahakai.cleanups@gmail.com or call the HWF marine debris hotline at 769-7629.

ST. JUDE’S EPISCOPAL CHURCH CELEBRATES OKTOBERFEST on Friday, Oct. 5, with a dinner at 6:30 p.m. at the church hall in Ocean View. It includes: sauerkraut and bratwurst, boiled potatoes, dill pickles, cookies, and beverages. The event, a fundraiser in which half of the proceeds will be donated to the Food Basket in Ocean View, also includes a live polka band and a drawing for hand quilted wall hangings. St. Jude’s Publicity Committee member Madalyn McWhite-Lamson said, “Bring your friends and ohana for a fun filled evening with good food, music, and polka dancing. This was a popular event last year, so get your tickets early.” Tables may be reserved for larger parties. Doors open at 6 p.m. Ticket prices are $13 each or 2 for $22. For tickets, to volunteer or for more information call 939-7555.

GEMS, the American Association of University Women’s Girls Exploring Math & Science event on Saturday, Nov. 11, has been moved to the Sheraton Kona Resort and Spa Keauhou. The deadline for registration forms to be postmarked has been extended to Tuesday, Sept. 25, as the change in venue resulted in a delay in getting registration forms to the schools. For more, contact GEMS Chairperson, Cindy Armer at cbarmer@hotmail.com.

KEIKI, GRADES K THROUGH 8, are can sign up today through Thursday for a String Art program hosted at Pahala Community Center on Wednesday, Sept. 26, 3 p.m. to 5 p.m. For more call Nona at 928-3102.

ALI`I KEANAAINA performs at Hawai`i Volcanoes National Park on Wednesday, 6:30 p.m. to 8 p.m., in the Kilauea Visitor Center Auditorium. Singer, songwriter and musician Keanaaina debuts his first solo album, He Mele No. The public event is free, but entrance fees may apply.