KAHU RADIO FOUNDER Wendell Kaehuaea said yesterday that he wants to thank everyone who volunteered and donated to the operation of the station, which is being sold to Hawai'i Public Radio. HPR is paying $20,000 for the license through an agreement with its current manager Christine Kaehuaea.
According to Wendell Kaehuaea, KAHU FM started with a $25,000 grant from the Office of Hawaiian Affairs, written by Vicki Fiege, plus a $28,500 loan from the non-profit Haola. Wendell Kaehuaea took training in northern California at KMUD community radio and organized many volunteers for programming originating in Ka'u, ranging from Hawaiian to Reggae, rock and gospel to news and community affairs, as well as a Filipino language show. Many community members, from those working on health care and education, to farmers, entertainers, and politician stopped in for interviews. The station’s location, the historic bank building on Maile Street in Pahala, was the site of many community fundraisers while the station was operational.
For funding, the station received a $70,000 grant, written by Ken Okimoto, from state  Civil Defense, more than $40,000 from a local donor and numerous donations from dollars to hundreds and thousands of dollars from individuals. Underwriting for the station's news program at $750 a month was provided by the Edmund C. Olson Trust with daily news provided free by The Ka'u Calendar newspaper.
Wendell Kaehuaea said he hopes that the $20,000 from selling the license and any income for selling off equipment will go to help pay off debt to local businesses owed money. As manager, Christine Kaehuaea is allowed to sell the station's assets on behalf of Ka`u Community Radio. The station recently went off the air when Hawaiian Electric Light Co. pulled the plug for unpaid bills.
Once the transfer of the license from Ka`u Community Radio is approved by the FCC, Hawai'i Public Radio plans to broadcast HPR 2 with Hawaiian music and programming, from O'ahu, plus Civil Defense messages to cover the south end of Hawai`i Island. Local origin programming is in HPR's plans and could evolve over the next five to ten years.
Volunteer hosts of the programs over the past several years included: Bobby and Phoebe Gomes, The Ka`u Calendar newspaper staff, Demetrius Oliveira, Harry Evangelista, Bobby Tucker, Kahea Dolan, Nadine Ebert, Camille Rupe, Leo Hill, Shamha, Papa Joe Demoruelle, Kala Girl, Dean Nagasako, Alan Sebastian, Denise “The Deeva," Manny Pascua, Jarred Yates, Donna Pabre, Robert James and Cy Fernandez.
Local building contracor Mike Munnerlyn donated his construction and repair skills as well as broadcasting sporting events from Ka`u High School. Many others donated carpentry, electrician, heavy equipment and media skills to start the station. Vinney Le donated hundreds of hours of technical support.

GAY RIGHTS SUPPORTERS FROM KA`U headed into Hilo this morning to celebrate Gay Pride Day, proclaimed by Mayor Billy Kenoi. On the agenda is a parade through downtown Hilo and a festival at the Mo`oheau Park. The grand marshall is Richard Koob, co-founder of Kalani Honua Oceanside Retreat in Puna. The alcohol-free event concludes at 4 p.m. and includes drag kings and queens, and music from rock to folk. Organizers note that the first-ever gay pride parade in Hilo follows the recent Supreme Court decision that is expected to allow gay marriage, eventually, in every state. 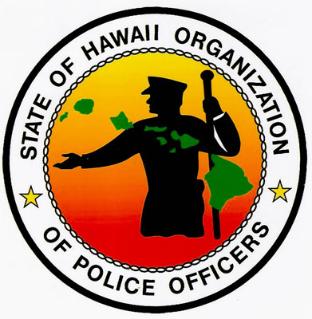 HIGHER PAY AND MORE POLICE OFFICERS in Ka`u are in the future. The additional police officers are in the fiscal budget for 2013-2014 and the higher pay was announced yesterday, after negotiations concluded between the State of Hawai`i Organization of Police Officers and the counties, who settled for a 16.8 percent raise over four years. The pay hike is the first in two years and came through binding arbitration. The police union SHOPO represents 2,800 police officers statewide.

A BRUSH FIRE AT MILE MARKER 71 along Hwy 11 in Ka`u yesterday drew the Ocean View Fire Department. The fire caused the traffic to use one lane until the flames were doused. The fire still smoldered this morning and Hawa`i Volcanoes National Park firefighters and county fire crews responded. By 1 p.m., more than 5,000 gallons of water had been used in attempts to kill the smoldering fire.
HAWAI`I ISLAND BEACON COMMUNITY reports “significant achievements in the use of innovative technology to improve the quality of patient care in Hawai`i County.” The Beacon Community came to Ka`u and supported various health education and health care projects.
Three years ago Beacon entered into a $16.1 million cooperative agreement with the Office of the National Coordinator for Health Information Technology. “As one of the most rural and geographically isolated of the 17 Beacon Communities and in the face of unique challenges – geographic distances, diverse populations, and limited health care resources – HIBC is making improvements toward better health, better care and lower costs,” the recent press release states.
“According to HIBC’s database, 84 percent of primary care providers have adopted certified electronic health records in Hawai`i County. Use of certified Electronic Health Records qualify primary care providers on the island for financial incentives from the Centers for Medicare and Medicaid through achievement of the first stage of Meaningful Use of their EHR software.
The Beacon Community facilitated the first functioning regional health information exchange (HIE) on Hawaii Island. “These achievements have laid the foundation for readiness to operate in a changing health care environment,” said Susan B. Hunt, M.H.A., project director and CEO of HIBC. “Our providers on Hawaii Island are among the nation’s early adopters of best practices in health IT supported care delivery transformation.

FOURTH OF JULY RODEO begins today and continues on Sunday at the Na`alehu arena, makai of Hwy 11 in the center of town. The two-day event includes the traditional Po Wai U, the presentation of rodeo queens and many events for wahine, kane and keiki. Finals are Sunday at 11 a.m. with slack roping beginning at 8 a.m. Food is offered both days. Tickets are $6 and the event is sponsored by Ka`u Roping and Riding Association.

THE PROPAGATION OF TEA could become the subject of a learning center and farm for Ka`u residents who want to grow for home and commercial use. Eva Lee, founder of Tea Hawai`i & Co. and Executive Director of Tea Grower, will coordinate the effort, sponsored by the Kohala Center. Those interested in coming to a preliminary meeting can contact her at teahawaii@gmail.com or 967-7637.

Posted by The Ka`u Calendar at 10:52 AM Links to this post