KA`U & VOLCANO VILLAGE WILL STICK TOGETHER, according to the final draft map to set up voting districts for election of County Council members next year. The draft map, which now goes to public hearings, leaves Hawai`i Volcanoes National Park largely in District 6. The council district would include Volcano Village and its surrounding neighborhoods in Puna, along Hwy 11 to Fern Forest. The map of the proposed District 6 includes all of Ka`u plus a section of South Kona all the way to Captain Cook. District 6 would remain the largest voting district on the island because of its sparse population.
The proposed redistricting would put South Kona’s current County Council member Brenda Ford in direct competition with Ka`u Council member Brittany Smart, as Ford lives in an area that would be included in District 6. Ford is eligible for one more term as a council member and said she would not move from her home before the next election.
Public meetings on the final draft map are scheduled for Monday, Nov. 21 at 6 p.m. at West Hawai`i Civic Center and Tuesday, Nov. 22 at 6 p.m. at Council Chambers in Hilo. The final map could be approved as early as Nov. 30.


A PUBLIC MEETING ON THE DISASTER SHELTER and gym at Pahala will be held by the Department of Public Works today between 5:30 p.m. and 7 p.m. at Ka`u High and Pahala Elementary School Cafeteria. The county would like to discuss design and function of the $17.9 million project that will soon go out for bidding. The project is a design-build bid in which the contractor will handle design and construction. The Request for Proposals will include requirements that the building be constructed to make it safe from vog and able to become a shelter during disaster and vog alerts. It will also serve as a gym able to host practices and games on multiple athletic courts and provide seating for many more fans than allowed in the current gym. The current gym will continue to serve the school.
Buildings on the school campus are listed on the Hawai`i Register of Historic Places, and some residents have asked for a design that would compliment those buildings and blend in with the surrounding community.
Site planning is also involved in the shelter gym project. One site would use the field next to the basketball courts, tennis courts and parking. About ten houses are on property adjacent to the field, with many others nearby.
Energy requirements and whether to install solar are aspects involved in planning for the facility.

ANYONE WITH A HAWAI`I PUBLIC LIBRARY card will be able to study more than 350 courses online from anywhere to learn subjects ranging from Microsoft Excel, Word, Power Point and Office to programming, web development, data base development and advanced network architecture and design.
Advanced studies can lead to such certificates as Microsoft Office specialist, Microsoft Technology Associate and Microsoft Certified Professional.
The Hawai`i State Public Library System is partnering with Microsoft Corp. to become the first public library system in the world to provide this Digital Literacy and Microsoft IT Academy. The classes are open to everyone, no matter their age or educational background and accessible at all libraries and remotely from computers with Internet and mobile devices.
It is the first training program of the library system’s new HI Tech Academy. Access will be through www.librarieshawaii.org.

HAWAIIAN ELECTRIC INDUSTRIES earned $104 million in profits so far this year, according to an editorial this week in Pacific Business News. That’s a 17 percent increase over the same period last year. PBN says that consumers can expect more increases as the utility transitions to more alternative energy. PBN says that some increases are expected as investments are made in new energy but urges HECO to be “transparent as to why they need the funding and how those monies are being spent.”
HAWAI`I ELECTRIC LIGHT CO. is putting a lot of money into Pahala, replacing power poles, tightening up and replacing old power lines and other equipment throughout the town. An entire fleet of trucks is stationed in Pahala through November to complete the job. It involves stabilizing power for the new county potable water well above Pahala town. HELCO is also building a new substation on the mauka side of Hwy 11 between the two entrances to Pahala town. That project is likely to last until the middle of 2012. 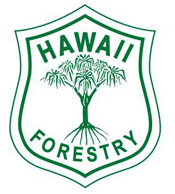 KA`U FOREST RESERVE will be the topic at this Friday’s Ka`u Chamber of Commerce meeting at 3:30 p.m. at Punalu`u Bake Shop. The speaker will be Ron Terry, of Geometricians Associates, which is conducting an Environmental Assessment for the state Department of Land and Natural Resources management plan. Topics include access for hunters and hikers, ridding the forest of ungulates and invasive plants, and re-introducing `alala, endangered Hawaiian crows, which have been raised in captivity.
KA`U `OHANA DAY TAKES PLACE Saturday at Na`alehu Park from 10:30 a.m. to 2:30 p.m. Competition in free Makahiki games is open to children in grades 6 to 12, but the entire `ohana is welcome.  The event was initiated by Hawai`i Volcanoes National Park and involves many community organizations. Pre-registration is required; call 985-6019.

THE HURRICANE BLOWS THROUGH KA`U on Saturday at 6 p.m. at Na`alehu Methodist Church social hall. Tickets for the three-act murder mystery, sponsored by Na`alehu Main Street, are $30 in advance and available at the Ka`u Farmers Market or by calling 929-7236.
Posted by The Ka`u Calendar at 10:21 AM