INPUT ON THE FUTURE OF CLEAN ENERGY IN HAWAI`I will be collected at federal U.S. Department of Energy scoping meetings this month. The Kona meeting will be on Thursday, Sept. 13 at Kealakehe High School, and the Hilo meeting will be Friday, Sept. 14 at Hilo High School. Both will be at 5 p.m.

Department of Energy representatives will collect public input as they work on the Hawai`i Clean Energy Programmatic Environmental Impact Statement for the state’s Hawai`i Clean Energy project. Comments can be contributed at the scoping sessions and through the Hawai`i Clean energy Programmatic EIS website at www.hawaiicleanenergypeis.com.
The website explains that the federal Department of Energy and State of Hawai`i “entered into a Memorandum of Understanding in January 2008 that established a long-term partnership to transform the way in which energy efficiency and renewable energy resources are planned and used in the state.” The MOU established working groups to address key sectors of the energy economy, such as electricity, end-use efficiency, transportation, and fuels. This led to establishment of the Hawai`i Clean Energy Initiative with a goal of meeting 70 percent of Hawai`i’s energy needs by 2030 through energy efficiency and renewable energy.

The website says that the DOE’s “proposed action is to develop guidance that it can use in making decisions about future funding decisions and other actions to support Hawai`i in achieving the goal established in the HCEI.
“The Hawai`i Clean Energy PEIS will analyze, at a programmatic level, the potential environmental impacts of clean energy activities and technologies in the following clean energy categories: Energy Efficiency, Distributed Renewables, Utility-Scale Renewables, Alternative Transportation Fuels and Modes, and Electrical Transmission and Distribution. The State of Hawai`i and U.S. Department of the Interior’s Bureau of Ocean Energy Management are cooperating agencies in preparing this PEIS.”
In Ka`u, existing clean energies include Tawhiri windmills at South Point, individual solar systems for farms and homes and the proposed `Aina Koa Pono project to use trees, brush and grasses between Pahala and Na`alehu to manufacture biodiesel at a refinery at the mouth of Wood Valley. `Aina Koa Pono is listed in Hawai`i Clean Energy Initiative documents as a stakeholder.
The Clean Energy Initiative reports that biodiesel demand is growing. One of its reports states that HECO is purchasing three to seven million gallons for electricity generation and wants 12.6 million gallons a year. Pacific Biodiesel produced under one million gallons in 2011 and is constrained by shortage of feedstock. The federal Department of Defense is purchasing 90,602 gallons of biofuel and wants 450,000 gallons in the near future.
See more at hawaiicleanenergyinitiative.org.

`AINA KOA PONO, on its website, says its biodiesel refinery and farm “will be based on the productive and sustainable use of agricultural land-renewable for the long term.”
It says, “Hawai`i will re-establish the capability to ‘grow’ a part of its own energy resources instead of remaining dependent on increasingly volatile and costly sources of imported fossil fuels prone to supply disruptions.”
The company also promises a $250,000-a- year “community benefits package that focuses on education and the environment.” The `Aina Koa Pono website says a Community Advisory Board will be formed to recommend how the funds should best be used.
Other `Aina Koa Pono benefits, the website says, “could include significant impact for landfill and solid waste management. Through Micro Dee technology, municipal solid waste, construction debris and tsunami or disaster debris and green waste can be converted to more than five times the kilowatt hours than regular combustion.”
The `Aina Koa Pono website also touts biochar as a byproduct, saying it “is a high-quality char that has potential use as a soil amendment to increase biomass or food crop yields.” It quotes professor Ken Kaneshiro of the University of Hawai`i as saying that yields improved by a factor of three when soils treated with char were used. “Alternatively, the char (which has a high BTU value) may be used as fuel for clean power generation,” the website says. See more at ainakoapono.com.


AGRITOURISM IS THE TOPIC at a public meeting tomorrow at 6 p.m. in Hilo County Council chambers. The County Council is completing rulemaking for agritourism businesses on agriculturally zoned lands. New rules were already passed by both county Planning Commissions. Once the rules are in place, they will go into effect immediately. Agritourism businesses on ag-zoned land will be required to submit a plan for approval, which will be reviewed within 30 days by the county Planning Department.BIG ISLAND 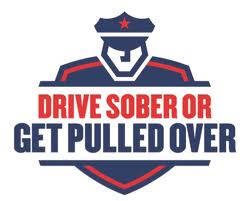 POLICE DEPARTMENT reminds drivers to Drive Sober Or Get Pulled Over. The national campaign with increased enforcement of drunken driving laws continues through Wednesday. So far this year, Big Island police have made more than 800 DUI arrests, and 12 of 24 traffic fatalities this year involved drugs, alcohol or both. 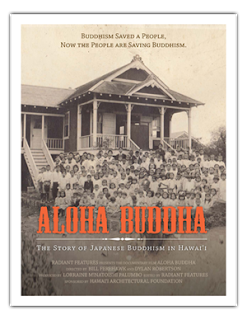 HAWAI`I WILDLIFE FUND sponsors anchialine pool restoration workdays, Thursday, Sept. 6 and Mon, Sept. 10. This will be volunteers’ last chance for a while to help remove sediment from the pool, according to organizer Megan Lamson. RSVP to Lamson at 769-7629 or kahakai.cleanups@gmail.com.

NA`ALEHU HONGWANJI PRESENTS Aloha Buddha: The Story of Japanese Buddhism in Hawai`i next Monday, Sept. 10, at 5 p.m. The film tells how Japanese Buddhism came to Hawai`i, why it is fading and about efforts to save it. Refreshments follow the screening. Call 929-7236 for more information.

ALSO SEE KAUCALENDAR.COM AND YOUTUBE.COM/KAUNEWS.
Posted by The Ka`u Calendar at 10:42 AM Links to this post