THIS IS THE THIRD ANNIVERSARY of the tsunami hitting Ka`u, Kona and other areas of Hawai`i following an 8.9-magnitude earthquake in Japan. The tsunami ran up onto shore at Punalu`u before dawn, filling the black sand beach pond with seawater. The waves sucked out, leaving the Punalu`u shoreline covered in debris. The small shops next to the ocean were spared as was the pole house owned by the Dahlbergs, though the yards were full of rubbish.
Campers at Punalu`u Beach Park and visitors and residents at Punalu`u condominiums were evacuated. Evacuees stayed overnight at Civil Defense shelters at Pahala and Na`alehu Community Centers. As the tsunami waves failed to reach the resort, inland from the beach, there was no damage.
Campers, condo evacuees and motorists along Hwy 11, who were stopped at inundation zones, added up to some 55 people staying in Na`alehu and 20 in Pahala shelters overnight.
At Honu`apo, rocks were thrown about and tsunami waves nearly reached pavilions but, like Punalu`u, there was no major damage. Seven groups of campers were evacuated from Honu`apo.
Ka`u Hospital went into its disaster mode with the health care association’s emergency management network. Some hospital staff living at Punalu`u took shelter at Pahala Plantation Cottages.
At Honomolino, Sen. Gil Kahele reported the tsunami “crunching” two buildings owned by the Carlsmith family. Many coconut trees came down, exposing their roots, and half the beach was eroded. Waves carried a boathouse out to sea, where it sank, with one wall being carried to the shore at Miloli`i.

A BILL TO MONITOR RADIATION IN HAWAI`I from a nuclear power plant damaged by the March 2011 quake in Fukushima, Japan has been passed by the state Senate and is now being considered by the House of Representatives. Proposed and sponsored by Pahala resident Sara Witt, the citizen-initiated bill was introduced by Ka`u’s state Senators Josh Green and Russell Ruderman.
The bill would fund monitoring around the state to determine radiation levels while the nuclear power plant continues to leak radiation into the ocean, where it can be lifted into the air and re-deposited here.
The monitoring would be in food, dairy products, rainwater, aquifers and drainage ditches. The state Department of Health would report radiation levels on a website. The program would start July 1 and run through June 30, 2019.
The status of this and other bills being considered at the state Legislature is available at capitol.hawaii.gov.

NATIONAL PARK SERVICE VISITATION FIGURES released yesterday show that 1,583,209 people visited Hawai`i Volcanoes National Park in 2013 – an increase of 6.7 percent from 2012 visitation statistics.
“We are pleased to again report an increase of visitors eager to enjoy Hawai`i Volcanoes National Park, a World Heritage Site,” said park superintendent Cindy Orlando. “The dual eruptions from Kilauea, the numerous cultural and scientific programs offered, and the incredibly diverse, protected ecosystem of native plants and animals continue to attract people from the mainland, around the world and locally.”
The new visitation figures come one week after NPS released its economic impact report from 2012, which revealed that 1,483,928 visitors to Hawai`i Volcanoes National Park that year spent $113,376,400 in communities near the park. That spending supported 1,353 jobs in the local area.
To download the report, visit nature.nps.gov/socialscience/economics.cfm.
To comment on or like this story, go to facebook.com/kaucalendar.

FOLLOWING THE STATE PUBLIC UTILITIES COMMISSION’S second rejection of two proposed contracts for `Aina Koa Pono to produce biofuel for Hawai`i Electric Light Co. at a refinery near Pahala from feedstock grown in Ka`u, another company is making plans to import biofuel to Hawai`i Island that would be sourced worldwide, according to a story in Hawai`i Tribune-Herald.
Chuck Barker, of Hilo-based Hoku Kai Biofuels, told reporter Tom Callis that the company “has had some initial conversations with HELCO about buying the fuel” and that the company is seeking other customers.
The company would offload fuel from ships docked in Hilo Harbor using a pipeline that was originally used to transport asphalt products to storage tanks at the harbor.
Callis reports that Hawai`i Board of Land & Natural Resources “will consider whether to grant in concept a 65-year easement for the pipeline. Final approval is contingent on a finding of no significant impact from an environmental assessment.”
In a memo to the board, DLNR says the biofuels would be “distributed to various power producers as an alternative to fossil fuels.”
Barker told Callis, “Our objectives are straightforward: achieve statistically significant progress towards the objectives of the Hawai`i Clean Energy Initiative and reducing Hawai`i’s grossly disproportionate dependence on fossil fuels, substantively improve the air emissions profiles from electrical power plants, truck and bus and marine fuels exhausts, and do so in a context of less expensive and less volatile pricing to homes and businesses.”
See hawaiitribune-herald.com.
To comment on or like this story, go to facebook.com/kaucalendar.

HAWAIIAN ELECTRIC CO. HOPES TO EXPAND its smart-grid program to Hawai`i Island. The utility plans to submit an application to the state Public Utilities Commission by the end of the year and have development of smart grids here by 2018.
“We’re continuing to modernize the electric system to provide a solid foundation for our community’s energy future. Our state needs modern electric grids to further improve service, provide customers with more choices and integrate more low-cost renewable energy to reduce Hawai`i’s dependency on expensive imported oil,” said Dan Giovanni, Hawaiian Electric senior vice president for operations.   Smart grid technology helps improve service by providing the capability for remote troubleshooting and faster response times during power outages.
Customers will also have access to a customized online Web portal, which will provide frequent updates about their energy usage to help them make informed decisions about better managing energy use and their electric bills.
HECO’s smart grid program calls for integrating a modern wireless communications network into the existing electric grid. The components will include wireless communications relays, sensors to improve outage detection, automated system controls to improve outage restoration and advanced meters.
See hawaiianelectric.com.
To comment on or like this story, go to facebook.com/kaucalendar.

KA`U RESIDENTS CAN BEGIN GATHERING items to donate to a rummage sale being held to raise funds for Discovery Harbour Volunteer Fire Department. The rummage sale takes place Friday and Saturday, March 21 and 22 from 8 a.m. to 4 p.m. and on Sunday, March 23 from 9 a.m. to 1 p.m. The sale at Discovery Harbour Community Clubhouse and Volunteer Fire Department also features hot dog lunches for $5 on Friday and Saturday from 11 a.m. to 2 p.m.
Items for the rummage sale may be dropped off at Discovery Harbour Community Clubhouse Wednesday and Thursday, March 19 and 20, from 9 a.m. to 4 p.m.
Proceed go toward the purchase of supplies not provided the the county.
For more information, call Captain James at 895-8133. 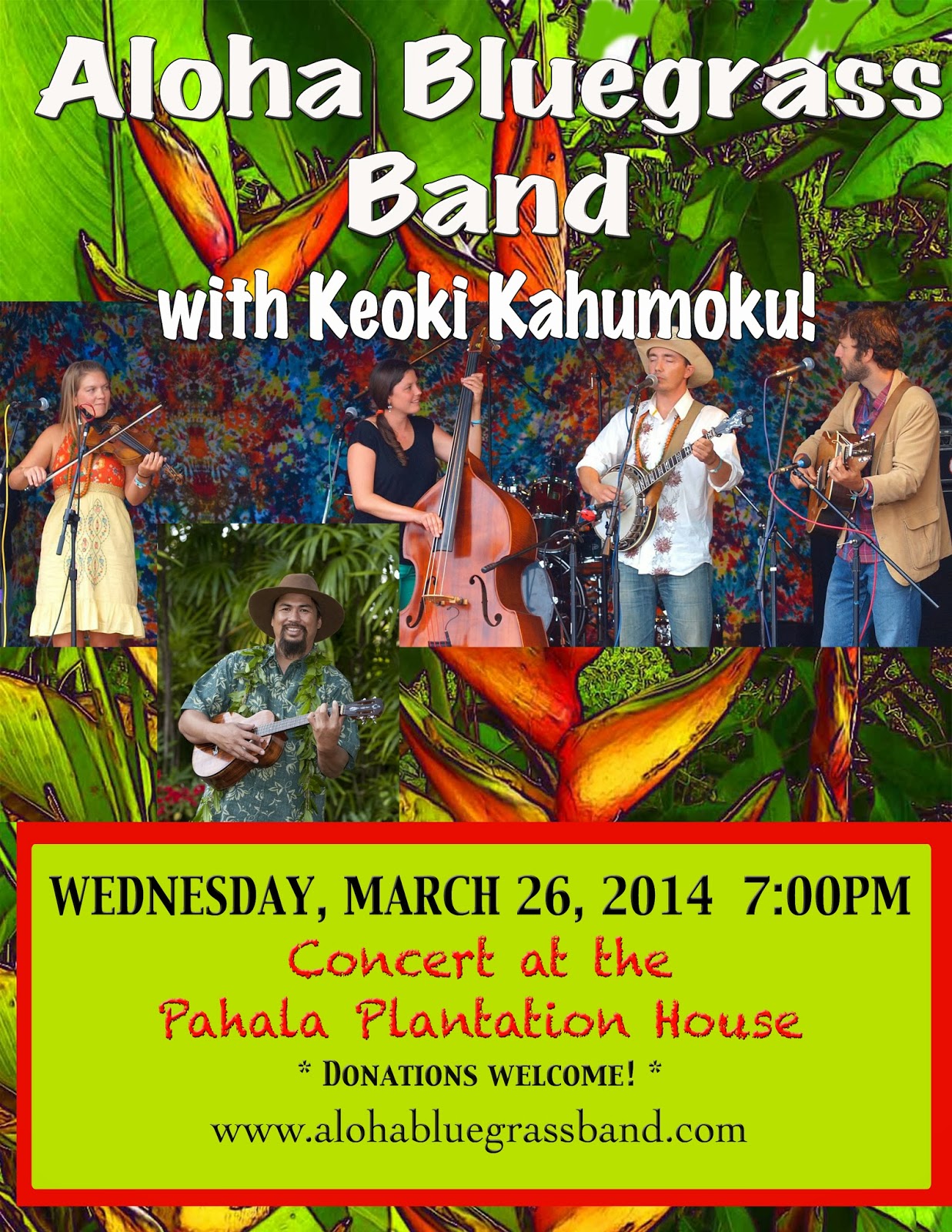 ALOHA BLUEGRASS BAND RETURNS TO KA`U this month. They will be in residence at Pahala Plantation House March 23 - 27. Keoki Kahumoku joins the band for a concert at Pahala Plantation House Wednesday, March 26 at 7 p.m. Members of the band include Katy Rexford, Rion Schmidt, Annie Carlson, Tyson James, Steve Roy, Kate Hamre, K.C. Groves and David Richey. Donations for the concert are welcome.
The band is also holding workshops around the island before their Ka`u visit. For more information, see alohabluegrassband.com.

A STAFF MEMBER FROM U.S. Rep. Tulsi Gabbard’s office meets with constituents and assists with casework and other issues tomorrow from 10:30 a.m. to 4:30 p.m. at Pahala Community Center. Call 987-5698 for more information. 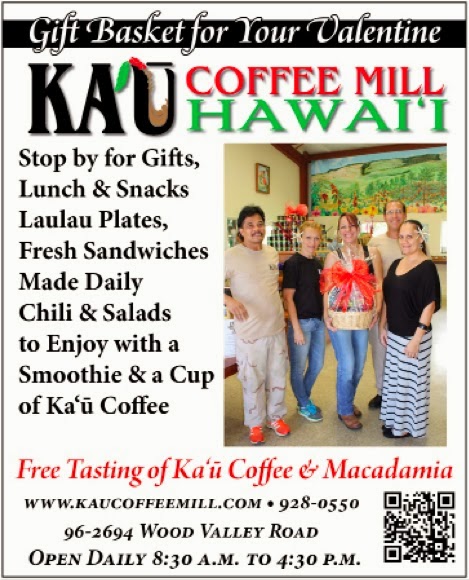 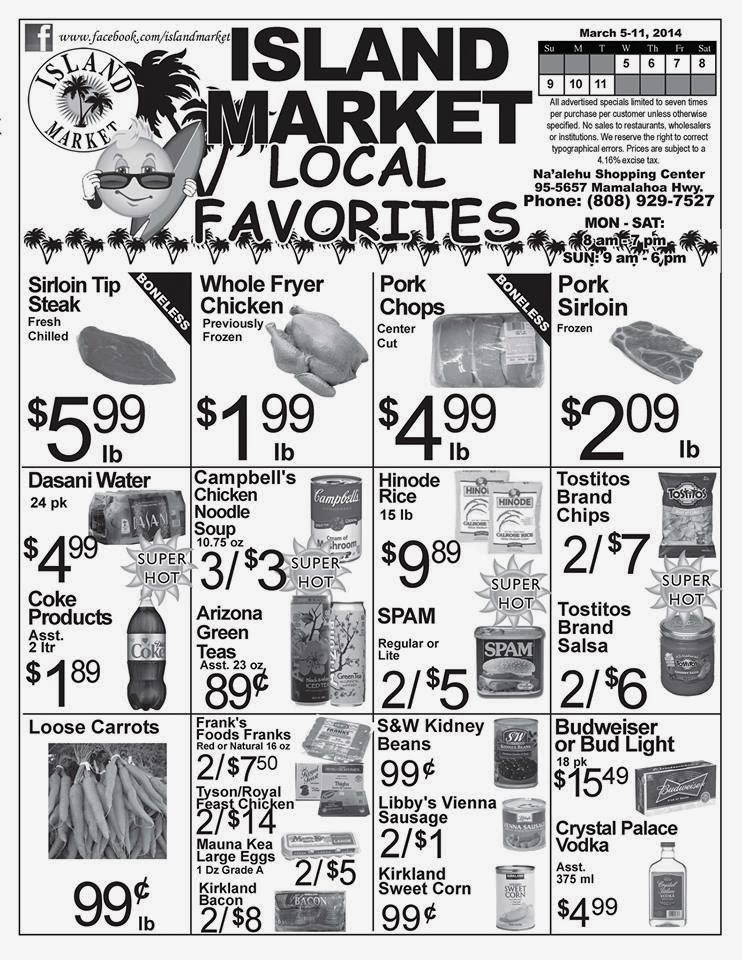 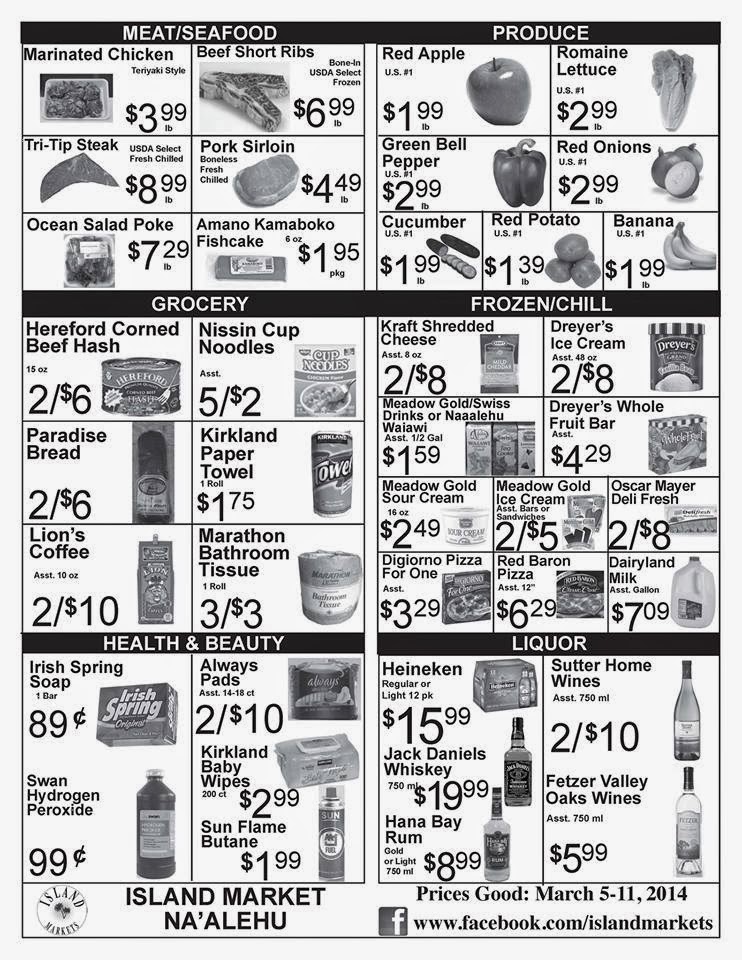 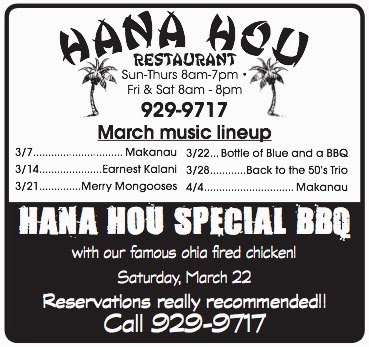