“IT IS LONG PAST TIME FOR THE NATIVE HAWAIIAN people to regain their right to self-governance,” said Sen. Brian Schatz in a speech on King Kamehameha Day calling for self-governance by Native Hawaiians. “I chose this day to come to the Senate Floor to talk about an issue of great importance to me and to my state: Native Hawaiian Government Reorganization. It was a top priority of my immediate predecessors in this body – Senators Inouye and Akaka.
“I want to acknowledge their legacy and to thank Sen. Akaka for the role that he continues to play in the great State of Hawai`i and in the Native Hawaiian community in particular. And, here is the reason that I have chosen to carry forward this fight on behalf of Native Hawaiians. Simply stated: because it is right to seek justice.
“Native Hawaiians are the only federally recognized Native people without a government-to-government relationship with the United States, and they deserve access to the prevailing federal policy of self-determination. Opponents have argued that Native Hawaiians are not “Indians” as if the word applies to Native people of a certain racial or ethnic heritage or is limited to indigenous people from one part of the United States, but not another. This is misguided.
“Although the Congress has passed more than 150 statutes to try to address some of the negative effects of earlier federal actions and policies, data reveal persistent health, education and income disparities. Native Hawaiians experience disproportionately high rates of unemployment and incarceration; and, Native Hawaiian children are over-represented in the juvenile justice system. Hawaiian families rank last in the nation in average annual pay and face the highest rates of homelessness.
The entire speech is available at schatz.senate.gov.

KA`U’S SEN. RUSSELL RUDERMAN  voiced his concerns today about the `Aina Koa Pono biofuels project.  “I have had several occasions to talk to Pahala area residents about AKP, both formally in community meetings and informally,” Ruderman said. "In my experience after talking to over 50 Pahala residents as well as AKP project people, I have yet to find a single supporter who has not been financially rewarded for their comments or who stand to profit. On the other hand, every independent citizen I’ve spoken with (who has an opinion), including many community leaders, oppose it.
“I fully support all safe, renewable energy projects, including other biomass and biofuels projects. I have grave concerns about AKP’s project, beyond the rate increase. Discussions with the principals of AKP have not reduced my concerns."
Ruderman said his concerns include:
“AKP can clear-cut 10,000 acres for their first crop. Nothing prevents this, and statements from AKP seem to suggest this course, which would worsen Ka`u’s already serious multi-year drought among other damages. AKP has no obligation to restore areas clear-cut.
“It jeopardizes the leases of many ranchers and farmers in this agricultural community.
“AKP has not decided which crops will be used. No biomass crop on record, anywhere in the world, produces anything near the yields they are projecting. And this area is largely marginal land with severe water shortages.
“This technology has not been proven on a commercial scale, anywhere. This will be the first commercial experiment of their technology.
“The only reason the Big Island has been chosen as their first experiment is our high electricity rates. It would be a non-starter elsewhere.
“Ka`u is a community which cherishes its environment and culture. Often, outlandish proposals have been suggested in the name of 'jobs,' which are really attempts to exploit cheap land. These have included a spaceport, prisons, Riviera-style resorts, and now an untested massive microwave project. The people of Ka`u consistently reject these hazardous schemes. While employment is a challenge in Ka`u, the community wants economic progress which will preserve the environmental and cultural richness of the community. This community is remarkably self-reliant and, like any community with history and pride, protective of its heritage,”  concluded the state Senator.

IN REBUTTAL TESTIMONY SUBMITTED to the Public Utilities Commission regarding the proposed contract for `Aina Koa Pono to sell biofuel refined above Pahala from biomass grown in Ka`u to Hawai`i Electric Light Co., Cecily Barnes, manager of Hawaiian Electric Fuels Department, responded to Hawai`i County’s concern that the project could crowd out other future projects that could potentially lower the cost for HELCO customers.

“It is the Companies’ position that the AKP Biodiesel Supply Contract will not impact the consideration of any future renewable energy projects, as the Companies will still be required to look into other renewable energy projects in meeting Renewable Portfolio Standards goals,” Barnes said. “The Companies expect to continue requiring liquid fossil fuel for the foreseeable future to operate generating units that provide baseload firm power, albeit potentially reduced aggregate volumes of liquid fossil fuel as more renewable energies become available. The AKP Biodiesel Supply Contract’s supply of a maximum of sixteen million gallons per year of biodiesel is only approximately four percent of the Hawaiian Electric Companies’ current total liquid fuel consumption. Thus, the Companies do not view the AKP Biodiesel Supply Contract as a commitment that would preclude opportunities to implement new power production technologies over the term of the AKP Biodiesel Supply Contract, as it is expected that some portion of the Hawaiian Electric Companies power generation will continue lo require liquid fuel during the next twenty years. Further, while there are also a number of other advanced biofuel technologies under development, the AKP biodiesel price is competitive with commercially available biodiesel.
“It is also worth noting that one of the Consumer Advocate’s witnesses, Mr. Hornby, agrees that the Companies will continue to have the flexibility to acquire additional cost-effective resources in the future, after the AKP Biodiesel Supply Contract is entered into. HELCO will likely be able to utilize both new biofuel and geothermal-derived resources, and should HELCO find new cost-effective renewable resources that are sufficient to displace its need for the AKP biodiesel in the future, Hawaiian Electric has ample ability to consume the AKP biodiesel on O`ahu.”
This and other testimony is available at puc.hawaii.gov. Docket number is 2012-0185. 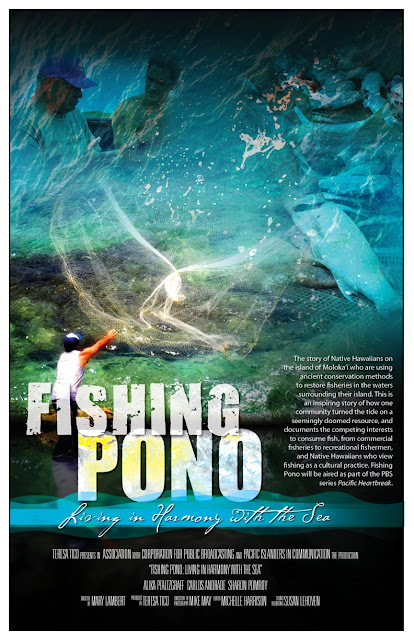 FISHING PONO: Living in Harmony with the Sea, the story of native Hawaiians using ancient conservation methods to restore fisheries, is being shown tonight at the opening of one of Hawai`i’s premiere movie galas, the Maui Film Festival. Producer of Fishing Pono is Teresa Tico, who has a home in Pahala and photographs for The Ka`u Calendar and the Ka`u Chamber of Commerce Directory. Graphic designer for the movie poster is Tanya Ibarra, of Pahala. Director is Mary Lambert, who is famous in another world – for directing music videos for Madonna, Annie Lenox, Motley Crue, Sting, Alison Kraus, Chris Isaak, Janet Jackson, Whitney Houston, Mick Jagger and others. In feature length films, Lambert has directed Jody Foster. She also directed Pet Sematary I and Pet Sematary II, based on the Stephen King novels. She directed the Sci-Fi Channel film Mega Python vs. Gatoroid.
Lambert also wrote, produced and directed 14 Women, a film about women finally being elected to the U.S. Senate.
In her personal life, Lambert is a passionate advocate for community-based management of natural resources. She worked with Tico on a film of hope for Hawai`i fisheries. “This is an inspiring story of how one community turned the tide on a seemingly doomed resource and documents the competing interests to consume fish, from commercial fisheries to recreational fishermen and Native Hawaiians who view fishing as a cultural practice,” say the notes provided by the filmmakers.
Tico has produced more than 30 short documentaries, most of them addressing pressing environmental issues, including coral reef degradation, climate change and rising sea levels impacting Polynesia. She plans a feature documentary including fisheries in Ka`u. Fishing Pono was funded in part by the Corporation for Public Broadcasting through its subsidiary Pacific Islanders in Communication. It will be shown on the PBS series Pacific Heartbeat.

THE FIFTH ANNUAL VOLCANO POTTERY SALE is Friday from 3 p.m. to 8 p.m. and Saturday from 9 a.m. to 3 p.m. at Volcano Art Center’s Ni`aulani Campus in Volcano Village. The sale features newly created work by twelve ceramic artists of East Hawai`i. Samples of Volcano-grown teas are available courtesy of Tea Hawai`i, with sushi and bentos for purchase from Volcano Hanabi. For more information, see ryhpottery.com/volcano_pottery_sale or call 985-8530.

ALSO SEE KAUCALENDAR.COM AND FACEBOOK.COM/KAUCALENDAR.
Posted by The Ka`u Calendar at 11:32 AM Links to this post