STATE SEN. JOSH GREEN said this morning: “I absolutely support any strengthening of our ethics rules so that people have complete trust in what elected officials do. I always have stated, as an ethical person, as a doctor and a legislator, that my first instinct is always to fight to make sure that people are treated justly.”

Green was responding to a story in the Honolulu Star-Advertiser that reported Hawai`i State Ethics Commission executive director Les Kondo saying no ethics rules were violated when Green asked the City & County of Honolulu for expediency in reaching a settlement over a billing dispute. The billing involved a company that facilitates physicians filling prescriptions for their patients in doctors’ offices. The city contended that the drugs were too expensive, which delayed the bills from being paid. The company involved is one of the contributors to Green’s campaign, donating $4,000 toward his recent re-election.
Green told The Ka`u Calendar that he was urging that such billing issues be put to rest in a timely fashion so that physicians and their staffs can be paid and stay in business.
He said that many of these cases involve worker injuries, and that delays and failures to pay physicians have created a climate in which many doctors decline to treat worker compensation patients.
Under previous ethics rules, campaign contributions to Green by the company with the dispute may have been investigated, said the Ethics Commission executive director. However, legislation passed last year exempts lawmakers from a section of the ethics code that prohibits “state employees from using their positions to gain unfair advantages for themselves or others,” the Star-Advertiser reported.
Rep. Gil Keith-Agaran, who sits on the House-Senate conference committee that worked on the ethics legislation, told the Star-Advertiser that the intent of Act 208 was to make it more reasonable for members of the general public to serve on state task forces. The intent was never to relieve lawmakers from a section of the ethics code, he said.
House Speaker Calvin say told the Star-Advertiser that he would support restoring wording in Act 208 that would prohibit lawmakers from using their positions to benefit personally or benefit others with whom they are involved.
Green said this morning that he will also support such a clarification and re-strengthening of the ethics rules for legislators.
Green, who started his career as a physician at Ka`u Hospital, will represent Ka`u from Honu`apo through Na`alehu, South Point, Ocean View and up the coast through Kona when the 2013 Hawai`i State Legislature convenes. He is chair of the Senate’s Committee on Health.
Green will be on Insights, the PBS Hawai`i program hosted by Dan Boylan, on Thursday, Nov. 29 at 8 p.m. in a roundtable discussion on the state of health care in Hawai`i.

PLANNERS FOR DEVELOPMENT ALONG THE COAST may want to take into consideration that future coastal flooding may not come only from climate change and rising sea levels. Inundation may also come from groundwater that usually flows into the ocean through underground lava tubes and springs. That’s according to research by University of Hawai`i published in the Nov. 11 edition of Nature Climate Change, a scientific online journal. Authors Kolja Rotzoll and Charles H. Fletcher explain: “Besides marine inundation, it is largely unrecognized that low-lying coastal areas may also be vulnerable to groundwater inundation, which is localized coastal-plain flooding due to a rise of the groundwater table with sea level.”
When the sea level rises, ocean water pushes against groundwater and can block it from flowing out to sea. New wetlands could be created as soils become more saturated and underground water systems break out onto the surface of coastal lands. Also complicating the natural flow of water will be the rise in the ocean water lifting the lens of fresh water within the interior of the island, causing new water flow patterns down the sides of the volcanoes.
The scientists state that rising sea levels will increase groundwater inundation so that flooding could cover “more than twice the area of marine inundation alone. This has consequences for decision-makers, resource managers and urban planners, and may be applicable to many low-lying coastal areas, especially where groundwater withdrawal is not substantial.”
The research is being conducted at UH School of Ocean & Earth Science & Technology, where Fletcher is an associate dean, and by UH Water Resources Research Center, where Rotzoll is a postdoctoral research fellow.
See http://www.nature.com/nclimate/journal/vaop/ncurrent/full/nclimate1725.html.

WITH THE SCHEDULED RESUMPTION OF COLLECTIVE BARGAINING between the state and Hawai`i State Teachers Association, Gov. Neil Abercrombie said he looks forward to a positive resolution. While the state proposed meetings in November, HSTA proposed to meet in December. “The state team committed to meeting on the first date proposed by HSTA and is willing to meet on all available dates in order to advance negotiations,” Abercrombie said. 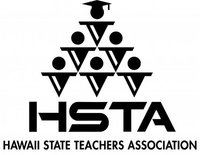 “As always, our priorities are Hawai`i’s students and teachers. Together with the superintendent and Board of Education, I share the goal of achieving an agreement that reflects the importance of teachers’ contributions to student achievement.”
A response from HSTA is on its website at hsta.org: “Of course he is excited. The state is taking more steps backward by offering us a regressive proposal for 2013 – 2015.”
On Friday, HSTA president Wil Okabe told Honolulu Star-Advertiser reporter Sarah Zoellik, “It is a regressive package. It has limited resources, in a sense, and it doesn’t put students’ learning first, and also student achievement. The last contract that the teachers were able to ratify in May addressed all of those issues.”

WHILE ENROLLMENT AT SCHOOLS IN HAWAI`I increased by 1.1 percent this year, Ka`u has 13 fewer students. Five hundred twenty-seven students are enrolled at Ka`u High and Pahala Elementary, 388 at Na`alehu Elementary and 162 at Volcano School of the Arts & Sciences. Enrollment in Ka`u schools this year makes up 4.65 percent of the Big Island’s total of 23,180 students.
Statewide, enrollment is 183,251 students, compared to 181,213 last year. Hawai`i Department of Education attributed the increase to the large number of births in 2007, as well as the overall state of the economy.

KA`U RESIDENTS ARE INVITED TO ENTER a contest to name three baby dolphins born at Hilton Waikoloa Village’s Dolphin Quest Hawai`i. Suggestions can be submitted in person at Dolphin Quest Hawai`i or online and should be a Hawaiian word that may represent a quality, a person, place or thing related to Hawai`i or that reflects the baby dolphin’s personality.
The latest updates and photos of the moms and calves can be found at facebook.com/DolphinQuest.

CHRISTMAS IN THE COUNTRY continues today from 9 a.m. to 5 p.m. at Volcano Art Center Gallery in Hawai`i Volcanoes National Park. The event includes art demonstrations, a selection of handcrafted decorations and gifts offered only during the holiday season and the 13th annual invitational wreath exhibit where gallery artists, working in a wide variety of media, materials and techniques, present their concepts of “wreath,” from the whimsical to the traditional. Dietrich Varez signs books he has written and illustrated, including Pele and Hi`iaka, as well as his 250-plus Hawaiiana prints, from 1 p.m. to 2 p.m. Park entrance fees apply. For more, visit volcanoartcenter.org or call 967-7565. 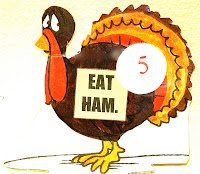 THANKSGIVING CELEBRATIONS begin Wednesday, when all ages are invited to the annual Rubber Band Turkey Shoot at 3:30 p.m. at Pahala Community Center.

KALAPANA `AWA BAND performs Wednesday at 6:30 p.m. at Kilauea Visitor Center Auditorium in Hawai`i Volcanoes National Park. Group members are all `ohana who originated from Kalapana and have been playing together for more than ten years. The event is free, and park entrance fees apply.

ALSO SEE KAUCALENDAR.COM AND FACEBOOK.COM/KAUNEWSPAPER.
Posted by The Ka`u Calendar at 11:38 AM Links to this post