THE `AINA KOA PONO BIOFUEL REFINERY, proposed for land off Wood Valley Road above Pahala, is part of the discussion in statewide media. A Honolulu Star Advertiser story this morning points out that last Thursday, “Hawaiian Electric Light Co., a HECO subsidiary, asked the Public Utilities Commission to reconsider its rejection last year of a surcharge of O`ahu and Maui customers for the expense of using biofuel to feed a power plant on Hawai`i island. The proposed 20-year contract is with `Aina Koa Pono, a new company that would convert a variety of plants and crops into a liquid fuel to replace fossil fuel at HELCO’s power plant near Kailua-Kona.”
A Honolulu Star Advertiser editorial this morning says that “Hawai`i has become a playing field for developing feedstocks for a biofuel supply chain, while HECO is moving forward on using it in place of oil in its power plants. Environmentalists prefer that biofuel replace gasoline in both aviation and ground vehicle engines, but the growth of the energy alternative still could have the long-term dividends they desire.”
The Star Advertiser story notes that “state regulators had rejected HECO’s proposed surcharge toward buying 16 million gallons a year of the biofuel (from `Aina Koa Pono). The company now says the surcharge would not begin until the biofuel is delivered to the plant, and it would ‘decrease over time as petroleum-diesel prices rise.’”
The Star Advertiser editorializes: “As new energy options develop, the focus must be on projects and strategic plans that are justifiable to consumers and cost-attritioned, not ones that depend on ratepayers for exorbitant or indefinite subsidies.”
The editorial states that Gov. Neil Abercrombie’s “administration agrees with environmentalists that biofuel should be used directly to power transportation rather than replace oil in power plants. Mark Glick, the state Energy Office director, says the HECO contracts may someday extend to use of biofuel in the way the state desires. However, the use of biofuel in power plants should not dampen advances in other sources of energy — solar, wind and geothermal.”
The story quotes Glick: “We really advocate moving away from power generation as the focus for biofuels.”
States the Star Advertiser: “As for biofuels’ future in Hawai`i, the only state that depends on shipped oil for electricity as well as gasoline: Hawaiian Electric Co. is enthusiastic about the use of biofuels in reducing that dependence, but not in the way other proponents of clean energy envision substitution of oil derivatives.”
The story reports that Blue Planet Foundation executive director Jeff Mikulina said that “use of biofuel in that fashion would get in the way of the long-term effort to replace oil as Hawai`i’s major source of electricity with wind, hydro, solar and geothermal energy.”
The story quotes Mikulina: “Having a policy preference for biofuel produced in Hawai`i, the first use should be transportation and, if there are leftover products, use that for electricity. If a utility gobbles up that supply, we’re going to be up a creek for the transportation side.”
The Star Advertiser reports that Mikulina said that a state policy to clarify a “preference for biofuels would help prevent solving one energy problem at the expense of another.”
The story says that Mikulia “scoffs at what HECO regards as planning for the future” in its preference for biofuels to run its old oil burning power plants. It quotes him saying, “They just put in a different fuel. We would much prefer them to do the more complex, but — we think in the long term — more affordable approach of using more solar and wind and starting to shut down the power plant.” Mikulina told the Star Advertiser that two-thirds of Hawai`i’s imported oil goes to transportation, and the remainder to electricity.
“That one-third for electricity we have other solutions for — wind, solar, geothermal, waves — but for the transportation side, we really have to have a liquid fuel — jet fuel, diesel, gasoline,” he told the Star Advertiser.
“The ideal biofuel project would not be too dissimilar from a regular refinery,” Mikulina added, “where you put in crude oil and you get out gasoline, diesel, jet fuel and the stuff that the utility burns. A project that would produce all those products would be ideal, but when they start designing only to produce biodiesel, only for use in the power plant, then I think there’s an opportunity cost in doing that,” Mikulina told the Star Advertiser.
The Star Advertiser editorial concludes: “While biofuel is now more expensive, continuing to be shackled to fossil fuels comes with larger costs, both militarily and on streets and airways. In the end, solar, wind and geothermal should replace over-reliance on monopolistic power plants while biofuel is fed into engines.”

USING SCRAP CONCRETE TO CREATE ARTIFICIAL REEFS is the plan of Department Of Land & Natural Resources chair William Aila, Jr. He told Civil Beat’s Nathan Eagle that “it’s probably the most beneficial in terms of providing a return to fishermen and the resource at the same time. And it recycles concrete that was normally going to the landfill, so triple benefit.”
The story quotes Jeff Polovina, of the National Oceanic and Atmospheric Administration, who questions the plan. “It’s true that if coral reefs are going to be dying, building some concrete reefs could help climate change, but the idea of, well, we need to increase our fish catch so we put more of these down can actually result in greater exploitation of the population. An artificial reef can attract 10 times as many fish as it produces naturally,” he said. “So if unrestricted fishing is allowed, the fake reef just acts as a fish aggregator and can decimate the population.”
“We should be out there looking for additional sites (for artificial reefs) throughout the state of Hawai`i,” Aila told Civil Beat. Eagle said that, when an artificial reef was proposed for Kailua-Kona, some Big Island residents blocked the effort based on public health and protection of natural reefs. “If they don’t want it, we don’t push it,” Aila said. See more at civilbeat.com. 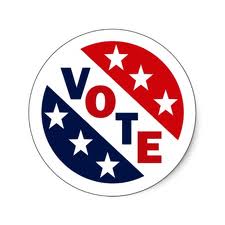 SUPPORT OUR SPONSORS AT PAHALAPLANTATIONCOTTAGES.COM AND KAUCOFFEEMILL.COM.
Posted by The Ka`u Calendar at 10:37 AM