NENE ARE PAIRING UP IN HAWAI`I VOLCANOES NATIONAL PARK now through April. Park goers could get lucky and see geese couples flying overhead or grazing with goslings. While nene are present in the park year-round, this window of time is for breeding and nesting and vital for survival. During this season, female nene focus on building fat reserves in order to lay eggs and survive the 30-day incubation. A few females have started to nest in the park, and their mates are dutifully standing guard. Since onlookiers can unknowingly disturb nesting nene, the park may temporarily close certain areas to give nene families a break from human interference.
“Nene are most vulnerable to vehicles this time of year. They are focused on eating and could be out foraging from dawn to dusk. They blend in with their surroundings, and in low-light periods, they are especially hard for motorists to spot,” said Kathleen Misajon, Nēnē Recovery Project manager.
One critical stretch of highway where nene have been killed in the past is between Pahala and the park on Hwy 11 along the Kapalala Ranch and park boundaries.
The park posted nene crossing signs to highlight key roadside areas that nene use. These include sections of Hwy 11, Crater Rim Drive, and Chain of Craters Road. Motorists are urged to use extra caution in signed nene crossing areas, and to obey posted speed limits.
Nene are endangered, and in the mid-1940s, only 50 birds remained. Hawai‘i Volcanoes National Park began efforts to recover the species in the 1970s. The Nene Recovery Program continues today, and more than 200 birds thrive in the park from sea level to around 8,000 feet. As many as 2,000 or more nene exist statewide.
“We’ve had a great deal of success protecting nene and maintaining the population in the park,” said Misajon. “But it is imperative that humans keep a respectful distance from the geese, especially during this sensitive time.”
Visit http://www.nps.gov/havo/photosmultimedia/nene_psa.htm for more information. To report nene on the road in the park, call the park dispatch at 985-6001. Outside the park, call state Department of Land & Natural Resources at 974-4221.

AS THE KA`U COMMUNITY awaits the decision from the state Public Utilities Commission regarding whether to build a large refinery off of Wood Valley Road to process trees, shrubs and plants from 11,000 acres between Pahala and Na`alehu to manufacture biofuel, a story in the Los Angeles Times yesterday explains the military's willingness to pay high prices for biofuel.
`Aina Koa Pono, with a number of its founders and promoters retired military officers, have said their end goal is to make biofuel for transportation, including the military. In the meantime, they hope to win approval for a 20 year contract to sell biofuel to Hawau`i Electric Light Company and Hawaiian Electric Co. at a reported $200 a barrel, which is much higher than the going rate for fossil fuel. Mayor Billy Kenoi said he wants cheaper not more expensive alternative energies and opposes the contract that would lock in energy prices to local ratepayers, with the county being HELCO’s biggest customer on this island.
The LA Times story by  Evan Halper story mentions the U.S. Navy powering ships near Hawai`i with experimental biofuels. "Executives at bioenergy startups in the Sand Francisco Bay Area, Chicago and elsewhere - and the venture capitalists backing them - had reason to cheer. The Obama administration has made the military, the largest consumer of energy in the country, a financial lifeline for cash-strapped alternative fuel innovators," reports the LA Times. "But the pilot voyage of the Navy's 'great green fleet' came with a troubling aspect: price." writes Halper.  "The fleet's green fuel costs $26 a gallon, several times more than conventional diesel and jet fuel. And the costly experiment came just as the military moved into an era of deep budget cuts. Republicans in Congress have howled over he price tag, and they're not alone. Some independent energy experts doubt the military's projections that spending on pioneering technology will yield sufficient benefits.
"Pentagon officials argue that national security justifies the drive for new fuels, even at initially high prices. Remaining a the mercy of global oil markets poses too high a risk, they say, arguing that using military purchasing power to jump-start new industries eventually will make alternative fuel prices competitive."

The story says that "critics contend the spending will line the pockets of lucky entrepreneurs, not bolster national defense of help the environment. The article quotes Ike Kiefer, a recently retired Navy captain and faculty member at the U.S. Air Force War College, who has spent the last few years studying the fuel purchases. "When you look at the absolute limits of what is possible, it doesn't work," he said. "This is not a question of waiting for another generation of technology." The LA Times also notes that the Rand Corp. "declared in a 2011 report commissioned by the Pentagon that "'there is no direct benefit to the Department of Defense or the services from using alternative fuels.'"
The story also points out that government has historically taken these risks with success in boosting new industries: “In the 1890s, when the Navy built its first steel ships, the fleet paid double the price that European suppliers were offering to jump-start a domestic oil industry, Navy Secretary Ray Mabus recently wrote in Foreign Policy magazine, defending the biofuels effort. The transition from ships powered by sail to coal, coal to oil, and oil to nuclear would not have happened without upfront investment and faith in innovation, he wrote.

Reports the LA Times: “In that spirit, the administration is going ahead with plans to spend $510 million to help construct advanced biofuel plants. The Navy intends to start purchasing 170 million gallons of biofuel a year to meet its goal of getting half its energy from renewable sources by 2020.
"In Pleasanton, Calif., Fulcrum BioEnergy was having a hard time attracting investors for plans to convert 550 tons of trash per day into fuel that can be poured directly into gas tanks — until the Navy stepped in. Now, the Pentagon is committing as much as $70 million to Fulcrum's plans. The military funding is contingent on companies attracting an equal amount from private investors, which Fulcrum now has.”
The LA Times reports Ted Kniesche, a vice president at Fulcrum saying, "It is important these projects get built. It is not only for national security, but also reducing greenhouse gases. Government understands that." See more at www.latimes.com, For more on the biofuel proposal for Ka`u, see the state Public Utilities docket at http://puc.hawaii.gov/ and click on Trending Dockets and `Aina Koa Pono where all of the documents and letters from the public have been made available.
To comment on or “like” this story, go to facebook.com/kaucalendar.

HONEY FESTIVAL this Saturday at Nani Maui Gardens will feature over 130 entries of locally produced honey from the Big Island, O`ahu, Maui, Kaua`i and Moloka`i. During the event from 11 a.m. to 5 p.m. at 421 Makalika St., the Fourth Annual Statewide Hawai`i Honey Challenge will take place. Public tasting and competition for best honeys will be include the rare white kiawe honey, 17 comb honeys (including kiawe), and 93 liquid honeys. Twenty-three of the liquid varietals, include Mac Nut, Lehua, Albizia, Rambutan, Coffee, Avocado, and Eucalyptus honeys. Also being tasted in the competition are 70 multifloral honeys. All will be available to the public to taste, for free, and vote in the People's Choice competition.
Musical groups will play. Assistant state apiarist Lauren Rusert will demonstrate a "bee beard" on her face. The Hiccup Circus will perform for kids and adults. Also entertaining will be balloon makers, face painters, beekeepers with observation bee hives, the makers of the honey drink mead and beeswax candlemakers.
Honey-themed pupus for purchase will include: honey pork sliders, ginger honey chicken wings with Asian soy reduction, honey corn dogs for the kids, shrimp skewers with honey-mustard sauce, honey pumpkin tarts with caramelized mac nut glaze, honey lemonade tea, and honey wines and beers.
To comment on or “like” this story, go to facebook.com/kaucalendar.

VOCALIST AND MUSICIAN DARLENE AHUNA performs Wednesday from 6:30 to 8 p.m. at Kilauea Visitor Center Auditorium. Ahuna is best known for her falsetto renditions of traditional Hawaiian, hula and hapa-haole standards. Bestowed with numerous Na Hoku Hanohano awards for her vocals, Ahuna is a mainstay at the Merrie Monarch Festival and has represented the island of Hawai`i while entrancing audiences in Japan and across the U.S. mainland. Part of Hawai`i Volcanoes’ ongoing Na Leo Manu “Heavenly Voices” series. Free; park entrance fees apply. 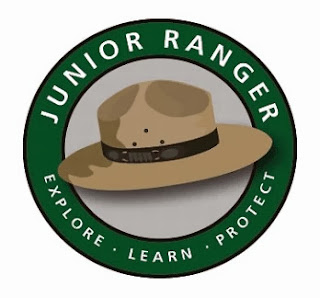 KAHUKU JUNIOR RANGER DAY IS THIS COMING SATURDAY, Nov. 23 from 10 a.m. to 2 p.m. Keiki of all ages are invited to join park rangers in exploring Hawai`i Volcanoes National Park’s Kahuku Unit and connecting the culture, people, and `aina through `oli, GPS and compass on a short and easy walk. Ka`ohu Monfort shares her knowledge and love of the island’s native medicinal plants and how they are used to heal and nourish. At least one adult must accompany the children. Free; registration required. Call 985-6019.

SUPPORT OUR SPONSORS AT PAHALAPLANTATIONCOTTAGES.COM AND KAUCOFFEEMILL.COM 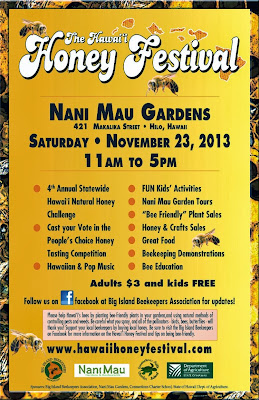 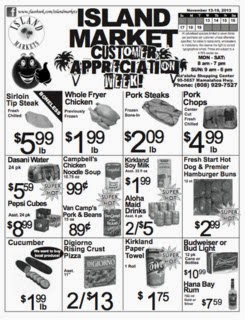 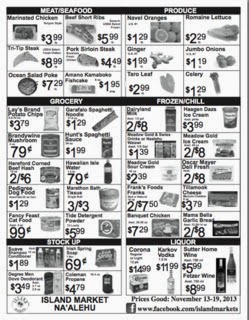 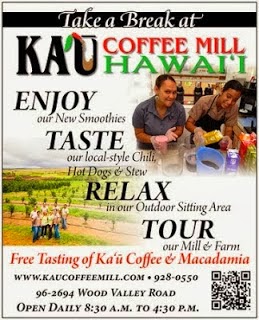 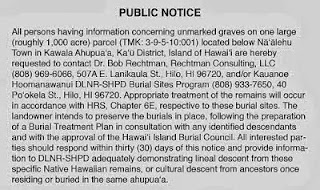