WHO PAYS FOR PAVEMENT, if most people wind up buying electric vehicles, leaving little state and county income from gasoline taxes that goes to building roads and highways? This and other questions are evolving in journalism and among policy makers as Hawai`i develops more energy from non-fossil fuel sources. Both online journal Civil Beat and community organization Life of the Land released facts and commentary on the subject this morning.
Civil Beat poses the question, “is your solar system driving up costs for the rest of Hawai`i’s electric customers?" Writer Sophie Cocke reports that Hawaiian Electric Co. says that cost is going up for those without solar. “The utility says it’s time to talk about whether solar system owners need to pay the utility more to help cover its operating costs.” The Civil Beat story reports HECO vice president for energy resources and operations, Scott Seu, saying “Today, the costs are not fairly allocated to all customers." 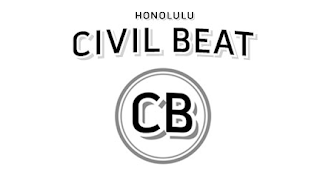 The article reports the utility concluding that “As more people switch to solar to escape electricity rates that are three times the national average, the rest of HECO’s customers could see their rates go up. That’s because there will be fewer ratepayers left on the grid to cover HECO’s fixed costs.”
According to the Civil Beat story, “People are opting out of escalating rates,” said Seu. “It is mostly people that can afford to opt out. So you have a situation where the people who are stranded are going to be increasingly burdened with carrying the (utility’s costs).”
However, Mark Duda, of Honolulu-based RevoluSun, said the situation has to be studied to determine if rates would go up for those depending on the utilities for power, the Civil Beat story says.
It also reports Earthjustice attorney Isaac Moriwake, who is also a member of HECO’s energy advisory group, saying that changing to solar reduces fuel and transmission costs, which could wind up reducing rates for the rest of customers.
According to Civil Beat, Moriwake said that “HECO needs to move away from a business model where it generates the power and distributes it over a transmission system it owns. The utility needs to find a way for other power generators — like individual rooftop solar — to fit more easily into the overall energy picture.” Raising fees for solar customers would be a Public Utilities Commission and state Legislature decision, the story points out.
Life of the Land released a statement this morning saying: “The issue of fairness and of justice is critical and must be dealt with.
“Picture a highway system where there are a few electric vehicles owners that do not pay for highway upkeep. No problem. Then picture a system where half of the vehicles are electric and only the non-electric vehicle customers are paying for the upkeep of the highways. Fair?? Certainly not !!
“Now picture the electric grid. The peak electricity use is from 5-8 p.m. The utility has to have all of its vast generation power available for that time slot. Along come one or two solar customers who add power to the grid during the day and remove it in the evening.
“Their meter runs backwards when they are giving electricity to the grid and forward when they take electricity from the grid. The two transactions cancel each other out. No problem, right?
“Now picture 1000s or 10,000s of customers who are decreasing electricity sales by using the grid as a battery. The remaining customers must pay all of the upkeep for the grid. Fair?? Certainly not !!
“This can be very unfair to those without the economic means to install solar.”
There are three solutions, states Life of the Land:  Ignore the problem and/or try to take advantage of it; restructure the program to deal with the fairness issue through time of use rates where transfers to the utility of daytime solar is at a lower rate; and removing electricity from the grid in the evening hours is at a higher rate;  and develop a totally new paradigm. See more at www.civilbeat.com and www.lifeofthelandhawaii.org.

GEOGRAPHICALLY DISADVANTAGED FARMERS AND RANCHERS in Hawai`i can sign up for up to $8,000 each in reimbursements for certain transportation costs. U.S. Agriculture Secretary Tom Vilsack announced that USDA will issue approximately $1.996 million in fiscal year 2012 payments through a program that assists farmers and producers outside the contiguous United States who paid to transport either an agricultural commodity or an input used to produce an agricultural commodity. The sign-up period for the FY 2013 program begins on July 22.
“All farmers and ranchers face challenges but U.S. farmers and ranchers who are not on the mainland have a real competitive disadvantage when it’s time to move their products to market,” Vilsack said. “These payments help them offset some of their increased transportation cost, which not only helps the producers but also benefits consumers who have access to increased varieties of nutritious food for the family table.”
Authorized by the 2008 Farm Bill and extended for FY 2013 by the American Taxpayer Relief Act of 2012, the Reimbursement Transportation Cost Payment Program for Geographically Disadvantaged Farmers and Ranchers provides payments intended to offset a portion of the higher costs of transporting agricultural inputs and commodities over long distances. The program assists farmers and ranchers in Hawaii, Guam, American Samoa, Commonwealth of Northern Mariana Islands, Federated States of Micronesia, Republic of the Marshall Islands and Republic of Palau. Producers in Alaska, Puerto Rico and the Virgin Islands are also eligible to participate in the program.

Reimbursement of Transportation Costs Payment Program benefits are calculated based on the costs incurred by the producer for transportation of the agricultural commodity or inputs during a fiscal year, subject to an $8,000 per producer cap. Payments to geographically disadvantaged farmers and ranchers for FY 2012 began June 28; however, because total claims exceeded available funding, a payment factor of 0.7662762 was applied to program payments for all applicants.
Farm Service Agency’s Hawai`i and the Pacific Basin State Executive Director, Diane Ley noted, “In FY 2012, there were 362 producers in the region that chose to participate, with payments totaling $797,821.92. Producers are encouraged to save their business receipts as signup for FY 2013 will begin on July 22, 2013, and end on Sept. 9.”
For benefits, applicants must file their RTCP application Form FSA-218, in their administrative county FSA office no later than Sept. 9. An electronic version of Form FSA-218 can be found by visiting the FSA website at www.fsa.usda.gov and clicking on the “Forms” tab at the top of the web page. Applicants will have until Nov. 4 to provide supporting documentation of actual costs of transporting agricultural inputs and commodities in Fiscal Year 2013 (Oct. 1, 2012 – Sept. 30, 2013) to the FSA county office.
For more information on the RTCP program, farmers and ranchers in eligible areas can call their local FSA county office or go online at www.fsa.usda.gov/pricesupport or view the 2013 RTCP Fact Sheet at http://www.fsa.usda.gov/Internet/FSA_File/rtcp_2013.pdf.

BEAUTY AND THE BEAST is live theater this weekend Fridays and Saturdays at 7:30 p.m. and Sundays at 2:30 p.m. from July 12 through 28. The venue is Kilauea Military Camp Theater in Hawai`i Volcanoes National Park. KEDEN is the sponsor and tickets are available at Kilauea General Store, Kea`au Natural Foods, Paradise Plants, The Most Irresistible Shop and by calling 982-7344. Prices are $15 general, $12 students/seniors and $10 children.
BEFORE THE PLAY, Beauty and the Beast, a casual dinner is served at Kilauea Military Camp’s Crater Rim Café in Hawai`i Volcanoes National Park. KMC is open to authorized patrons and sponsored guests. Park entrance fees apply. 967-8371

ALSO SEE KAUCALENDAR.COM AND FACEBOOK.COM/KAUCALENDAR.
Posted by The Ka`u Calendar at 10:20 AM Links to this post