AIR POLLUTION could elevate risk for stroke and heart attack, and to a decline in attention span and cognitive abilities, according to several new studies. “At levels that the Environmental Protection Agency says are safe, we’re seeing real health effects,” Gregory Wellenius, of Brown University, told the New York Times. His study was in an urban environment. According to the story, “a link between pollutants in the air and declines in cardiovascular health has been suspected since at least the 1990s, when epidemiological research suggested that breathing in tainted air drives up rates of heart disease." Regarding stroke, the study showed a 34 percent higher risk when pollution climbs from “good” to “moderate” on the air quality index.
A separate study found that pollutants such as sulfur dioxide raise the immediate risk of a heart attack. Pollutants may cause inflammation, increase in heart rate and thickness of blood. The tiniest particles in the air could infiltrate the body, even getting to the brain through the nasal passage, according to a third study. Decline in memory and such abilities as planning and carrying out strategies occurred when exposed to air pollution. See www.well.blogs.nytimes.com. 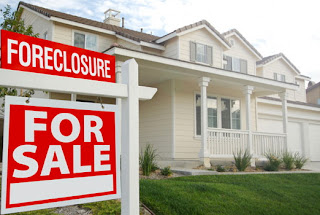 MORTGAGE FORECLOSURES can be reviewed through July, under a state program that calls for negotiating with mortgage holders. More than 80,000 mortgage holders facing foreclosure signed up for the program since it was put in place last year. Several million more may qualify for the help. Foreclosures are on the rise as lenders begin to comply with Act 48, which was passed last year and requires lenders to negotiate with borrowers or take the foreclosure to the courts. Hawai`i Island had the worst foreclosure rate in the state in January with one foreclosure filing for every 414 households. This is far better than places like Las Vegas. Nevada had the worst foreclosure rate with one for every 198 households.
A federal, state and lender settlement recently tagged $71 million for Hawai`i, which should help those with mortgage problems and provide education to homeowners and prospective homeowners on managing and acquiring mortgages.

A SURCHARGE ON ALL sugar-sweetened beverages sold in Hawai`i could be assessed if Senate Bill 3019 is passed. Last year, in an effort to balance the state budget and fight obesity, Gov. Neil Abercrombie proposed a soda tax. However this year, it was proposed by senators.
According to state Department of Health director Loretta Fuddy, a tax on sugar-sweetened beverages is one of many public health policies suggested by leading national organizations to battle obesity and sugar over-consumption.
Health professionals also offered their support. The proposal has drawn opposition from soft drink companies such as Coca-Cola and Pepsi, as well as beverage and retail industry groups.

THERE IS A FOOD EMERGENCY on the island, according to County Council member Pete Hoffmann, who wants the county to kick a half million dollars into the Food Basket. The money would come from the county disaster and emergency funds.

The idea to declare an emergency came after Hoffmann’s attempt to put the funds into the county budget failed, with the county attorney’s office saying the Council could not amend the budget. According to a story by Nancy Cook Lauer in West Hawai`i Today this morning, Council member Brenda Ford, who supports the funding, called the back and forth “horsefeathers” and accused Mayor Billy Kenoi of not wanting to feed the homeless. Kenoi later told West Hawai`i Today her statement was “political grandstanding.”
INFORMATION ON A STABBING is being collected by the Hawai`i Police Department following an incident Monday night at Ocean View Town Center. Biti Biti Jr., 35, is being held on $6,500 bail and was charged yesterday with driving under the influence and without a license, as well as second-degree assault. He allegedly fled in a white pickup truck following the stabbing of a 44-year-old acquaintance and was later arrested at an Ocean View home. Anyone with information can call detective Sean Smith at 326-4646, ext. 262. Those wanting to remain anonymous should call Crime Stoppers at 329-8181 in Kona or 961-8300 in Hilo.

THE ANNUAL GOLF TOURNAMENT to benefit Ka`u Hospital tees off tomorrow at Volcano Golf and Country Club. Sign up with Ron Young at 987-2761 or youngron19582@yahoo.com.

ST. JUDE’S EPISCOPAL CHURCH in Ocean View celebrates Mardi Gras tomorrow at 6 p.m. with Cajun food and music. Tickets are $12 per person or $20 per couple. Call 939-7000.


HALAU NA PUA HA`AHEO O KONA, under the direction of kumu hula Roy Palacat, performs at the hula platform near Volcano Art Center Gallery in Hawai`i Volcanoes National Park on Saturday at 10:30 a.m. Hands-on cultural demonstrations take place from 9:30 a.m. to 1:30 p.m. at VAC Gallery. Donations are welcome, and park entrance fees apply.
A FREE MINI CARNIVAL takes place Saturday from 9 a.m. to 2 p.m. at River of Life Assembly of God in Pahala, with games, music, prizes and food, while supplies last.
SEE OUR SPONSORS AT WWW.PAHALAPLANTATIONCOTTAGES.COM AND WWW.KAUCOFFEEMILL.COM.