SEN. GIL KAHELE is preparing for the 2012 Hawai`i State Legislature. He said, during an interview yesterday, "The priority for me is geothermal." He talked about geothermal being a stable source of power that could be a “gold mine” to the Big Island. Geothermal could provide inexpensive electricity for residents and businesses, the state Senator contended. He said there are more places than Puna where geothermal can be established. "There are other hotspots on the island." The senator proclaimed, "We've got to get in there and get geothermal going. It seems like we are moving in a snail's pace when geothermal is sustainable.” Kahele said he and Mayor Billy Kenoi have talked with the mayor of Ormac City in the Philippines, which not only provides electricity for its own island but cables it to neighbor islands.


Kahele said the high price of electricity is hurting a lot of people and stifling economic growth. The Senator said that power from geothermal could even be used to pump water uphill and let it come back down through a hydroelectric plant to make even more electricity. It could also provide power for innovations such as pumping irrigation water from wet areas to dry areas for agriculture. He called the excess rain from East Hawai`i "liquid gold."
According to the Senator, his colleagues are climbing on board the geothermal train, including Big Island Rep. Danny Coffman, who chairs the House energy committee, and Sen. Mike Gabbard. "We need to lower the electric rates for homeowners," said Kahele.
GAS AND CRUDE OIL are at historic high prices for this time of year at $100 a barrel, according to the report from the American Automobile Association, explaining another increase in prices at the gas pump.

HAWAIIAN MUSIC, some of it rooted to Ka`u helped carry The Descendants film to the Best Motion Picture and best actor for George Clooney at the Golden Globe Awards last night. The soundtrack includes Pua Hone by The Rev. Dennis Kamakahi, who returns to Pahala at least once a year to teach slack key and songwriting with students at Keoki Kahumoku’s workshop. Kamakahi plans to move to Na`alehu next year. His wife grew up here.
Another instructor at Ka`u music workshops whose music is featured on The Descendants soundtrack is Jeff Peterson, with his tune Hawaiian Skies. Also on the Descendants soundtrack is Cyril Pahinui sho performs two songs, Ka Makani Ka`ili Aloha and He`eia. Pahinui and the Na1alehu Theatre organization are sponsoring free `ukulele lessons each Sunday morning at 11 a.m. at the Old Pahala Clubhouse, taught by Moses Espaniola III. Many of the other songs on the soundtrack are recordings by the late Gabby Pahinui. The Descendants story is about a Honolulu attorney who is sole trustee of a family trust that controls 25,000 acres of pristine land in Hawai`i. The trust will expire and the family votes to sell off the land for development, but after facing some trying personal challenges, the lawyer, who has the last say, decides to preserve the land. 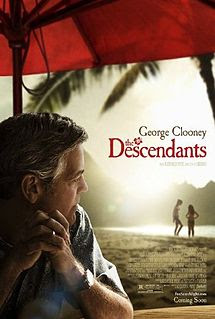 A
TODAY IS THE DR. MARTIN LUTHER KING, JR. holiday, which is being celebrated by the swearing in of 17 new U.S. citizens, and events around the state. All government offices and post offices are closed today. In Hilo, a Martin Luther King Day celebration will be held at Mo`oheau Park Bandstand. Music, potluck lunch and speakers are on the program with a peace march at 11 a.m. It is sponsored by the Hawai`i American Veterans Enterprise Network. Call Charles Brooks at 557-8376. In Kona, the 31st annual event celebrating King’s birthday was held yesterday. Hawai`i Volcanoes National Park wraps up offering three days free entry in honor of Martin Luther King.
HAWAIIAN VOLCANO OBSERVATORY’S 100th anniversary will review its history at After Dark in the Park tomorrow, Tuesday. HVO scientist-in-charge Jim Kauahikaua talks about Thomas Jaggar’s vision for the observatory, how Frank Perret began monitoring Kilauea volcano, and HVO’s accomplishments during the past century. The program begins at 7 p.m. at Kilauea Visitor Center Auditorium. $2 donation supports park programs. Park entrance fees apply.

IN SPORTS this past Saturday, Hilo High girls basketball teams came to Ka`u for varsity and JV games. In the JV competition, Ka`u players Denisha Navarro and Piilani Peralta each scored seven points. Ka`u scored 24 and Hilo took the game with 55. In the varsity game, Taylor Pocock scored the most for Ka`u with 8 points. Hilo took the game with 52 points over Ka`u’s 28.
THE RESULTS ARE IN for the Keiki Fishing Tournament at Punalu`u on Saturday. The fourth annual family event, sponsored by O Ka`u Kakou brought out more than 300 keiki plus their families. Here are the results from the contestants who ranged from one to 14 years of age in the catch and release competition:
In the Aholehole category, Aleayah Abellera caught the most, followed by Alazeah Abellera. The largest Aholehoe was caught by Alyssa Bivings, follwed by Logan Evangelista.
In the Kupipi category, Thomson Leialoha caught the most, followed Sheldon Lee-Lovell. The largest went to Kyriah James, followed by Keanu Beddow.
In the Hinalea category, Logan Evangelista caught the most, followed by Melinda Eder, while the largest was hooked by Kalino Judalena, followed by Joe Buyuan.
In the Po`opa`a category, the most fish were caught by Jamal Buyuan, followed by Alysha Savella, while the largest was pulled in by Teani Grace-Keanu, followed by Jysen Jara.
In a category called “other fish,” the most were caught by Jayden See, followed by Alexandra Dally. The largest was hooked by Emmett Enriques, followed by Kerrylynn Domondon.
See our sponsors at www.pahalaplantationcottages.com, www.kaucoffeemill.com  and www.kaucalendar.com
Posted by The Ka`u Calendar at 10:04 AM