BUYING LOCALLY PRODUCED FOOD may get a boost from the County Council. Council member and attorney Margaret Wille has a resolution coming up before the council's Governmental Relations and Economic Development Committee on Tuesday. Her idea is to tag Big Island produced food with the label Hawai`i Island Produce & Products,  or the label Hawai`i Island Produce & Products – Organically Grown. She points to Kaua`i Grown and Made in Maui as examples of local labeling elsewhere. Currently many local producers use the statewide labeling Island Fresh, Buy Local, It Matters, Join the Movement!
Willle says that the statewide labeling only requires 50 percent local content while her idea for this island is to require close to 100 percent local ingredients in order to use the logo label.

HAWAI`I FARM BUREAU FEDERATION PRESIDENT DEAN OKIMOTO says that providing farmers with land at a reasonable cost is needed to produce more food. In an interview in Pacific Business News this morning, Okimoto, who is statewide president of the ag non-profit, pointed to the Trust for Public Land’s success in helping to transfer more than 1,700 acres on O`ahu to two state agencies. “It is going to be a great model going forward in showing if you get farmers on land at a reasonable price that we can grow more food, become more productive. It is a neat vision in helping to mitigate costs and challenges,” he said.
Concerning food safety. Okimoto said the Hawai`i farmers “are far behind on food-safety issues,” concluding that the state will have to help. “We have food safety issues that will be coming up with the federal regulations that haven’t been put into place yet…..Farmers don’t have money for the cost of infrastructure associated with food safety. In old-style farming, you take water, you have an open shed, you rinse your crops, wash them, put them in a box, and send them to market. That’s no longer acceptable,” he said.
Regarding the GMO debate, Okimoto supports the seed companies, which are banned from strarting up business in Hawai`i County, through new legislation by the County Council that was recently signed by Mayor Billy Kenoi.  Says Okimoto, "I think if we chase these companies out of Hawai`i we’re not only doing a disservice to agriculture in Hawai`i’, but we’re hurting our economy and our people by keeping a lot of land out of production. That will create pressures toward development. So people that want to stop more development and want more agriculture truthfully need this technology,” he told PBN.

Okimoto pointed to this island: “Farmers are upset on the Big Island, and it’s sad because that’s where we have the most land, and we’re now prohibiting guys from using the technology there. My question is, ‘Of all the milk imported here, what do you think is in that milk? What do you think they do on the Mainland?’ The fight against GMOs is so rabid, misconstrued, it has gotten totally out of hand, and we need to sit down with each other and really talk," Okimoto told PBN.
See more in this week's Pacific Business News print edition  and at www.bizjournals.com/pacific.
The Ka`u Farm Bureau is expected to announce a meeting soon to elect the 2014 officers and plan for the state legislature.


PELLETS FOR ELECTRIC PRODUCTION area once again proposed for Hawaiian Electric Co. `Aina Kona Pono had proposed making pellets from biomass, put them into a microwave process called MicroDee to manufacture biodiesel and send the biodiesel to power plants to burn for electricity. The new proposal, this one by Zikha Biomass Energy, has been offered to the state Public Utilities Commission which recently turned down the AKP plan.
According to an Alan Yonan Jr. story in the Honolulu Star Advertiser this morning, Zikha, which is owned by Microsoft founder Paul Allen and partners, would import from the mainland pellets made from wood harvested from tree farms and dead trees in forests that have been ravaged by pests. Zikha representatives say that HECO could save roughly $40 million a year for each generator unit converted to its Black Pellets. The Blue Planet Foundation, which has opposed Liquid Natural Gas as an option to reduce fuel costs in Hawai`i, called the Black Pellet possibility “exciting." One of  its advantages, according to the Zikha website, is that they are waerproof and can be shipped in open containers. See more at www.zicha.com and www.staradvertiser.com.

NO MORE PLASTIC BAGS will be allowed at retail checkout stands in Hawai`i County after Jan. 17 when the one-year transition period ends. This week, Bobby Leithead-Todd, the head of the Departmen of Environmental Management, issued a statement to remind consumers that “the purpose of the ordinance is to reduce the usage of single-use plastic bags by prohibiting their distribution at store checkouts and encouraging the usage of reusable bags.”
She notes that many stores are choosing to stop using plastic bags and are already encouraging customers to bring their own reusable bags. “One high quality reusable bag can replace hundreds of single-use plastic bags over its lifetime. In the long term, the cost of a reusable bag can be lower than the cost of the single-use plastic bags it replaces,” states Leihhead-Todd.
The ordinance exempts plastic bags without handles that are used for retail items such as meat, produce, bulk food items, garments, and prescription drugs. It also exempts non-profit organizations and non-incorporated community booster organizations. Paper bags are still permitted under the ordinance.

If a business violates the ordinance, a warning letter will be issued. A second violation will result in a civil fine of $250 per day. The third violation will result in a civil fine of $500 per day and subsequent violations will result in civil fines of $1,000 per day.
“Environmental problems posed by plastic bags warrant the implementation of this type of law and it is consistent with the County’s General Plan, which implores the County to ‘take positive action to further maintain the quality of the environment,’” says the Environmental chief. “It is an important milestone on the County’s path toward Zero Waste, a commitment to protecting our island.”
She states that Hawai‘i County residents join 54 percent of the world’s population who live in an area that has plastic bag bans or fees to reduce plastic pollution. All Hawai‘i counties have passed plastic bag reduction ordinances, joining a growing list of cities, counties, and nations around the world taking similar initiatives including 28 entire countries.
For more information, visit HawaiiZeroWaste.com where the ordinance, rules, and outreach materials can be viewed and downloaded. For questions and additional information about the new ordinance,  contact the Department of Environmental Management at bring-ur-bag@hawaiicounty.gov or 961-8942.
To help clean up bags and other plastics from Ka`u beaches, contact Hawai`i Wildlife Fund at kahakai.cleanups@gmail.com.

WALTER KANEAKUA is U.S. Rep. Tulsi Gabaard's new Hawai‘i District Director. A retired Colonel and former Air Force command pilot, Kaneakua  retired after 27 years of active duty with the U.S. Air Force and the Hawai‘i Air National Guard. He flew as a Captain for Aloha Airlines, and later served on Sen. Dan Inouye’s Honolulu staff as his Executive Assistant for Military Affairs. He served U.S. Sen. Mazie K. Hirono as a senior military affairs officer during her transition from the U.S. House of Representatives.
This morning, Gabbard explained the choice of Kaneakua: “His deep commitment to serving Hawai‘i and our country, as well as his thorough knowledge of military, economic and Hawaiian affairs, will serve our constituents well as we constantly work towards addressing Hawai‘i’s key priorities and needs. I look forward to working closely with Walt to provide the best possible constituent services and community outreach across our islands.”
Kaneakua said he is grateful to be able to support Gabbard's efforts "on behalf of Hawai‘i’s citizens and especially for service members and veterans, care for our kupuna and keiki, and creating job prospects for a 21st century economy.” 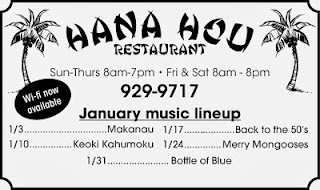 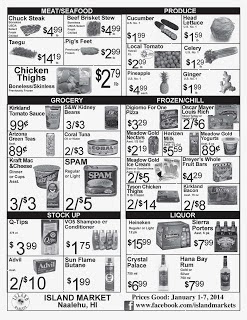 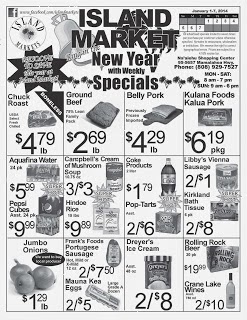 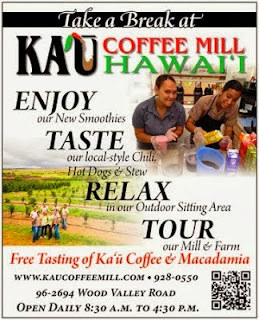