HOME OWNERSHIP WILL SOON BE MORE ACCESSIBLE to Ka`u and other Hawai`i households. Gov. Neil Abercrombie yesterday signed legislation that updates the Hula Mae Single Family Mortgage Loan Program and broadens eligibility.
“This bill will make owning a home more than just a dream for many island families,” said Abercrombie, who also took the opportunity to proclaim June as Homeownership Month in Hawai`i. “Homeownership strengthens families and builds communities. It also fosters economic prosperity and generates economic growth, which benefits us all.”
Part of the governor’s legislative package, SB1025, enacted as Act 135, updates the Hula Mae Single Family Mortgage Loan Program to allow broader program participation by potential single-family homeowners, especially for eligible borrowers’ principal residences. It also adds down payment, closing cost and other assistance as a program feature and makes various housekeeping and conforming amendments. The act is effective July 1.
In 1979, the state Legislature authorized the Hawai`i Housing Authority to fund the mortgage loan program to assist low- and moderate-income homebuyers. Since then, the Legislature has authorized the issuance of revenue bonds in an aggregate principal amount of $2.2 billion to fund this program. As of June 30, 2012, $1.8 billion in single-family mortgage purchase revenue bonds have been issued, providing eligible first-time homebuyers with mortgage loans at below-market interest rates. Also since then, Hula Mae has helped more than 10,000 families purchase first homes. 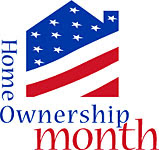 The Hawai`i Housing Finance and Development Corporation now administers the program. Homebuyers apply directly with participating lending institutions, which review eligibility and qualifications for a Hula Mae loan. Loans currently made under the program are securitized by the Federal National Mortgage Association, the Government National Mortgage Association or the Federal Home Loan Mortgage Corporation.
Held in conjunction with National Homeownership Month, Homeownership Month in Hawai`i highlights the personal and societal benefits of owning a home, as well as recognizes public, private and nonprofit partners that contribute to providing homeownership opportunities and ensuring long-term viability of homeownership for island families.
These agencies and entities in Hawai`i include Hawai`i Housing Finance and Development Corporation; Department of Hawaiian Home Lands; U.S. Department of Housing and Urban Development; the Hawai`i Association of Realtors; Land Use Research Foundation, representing housing developers throughout the state; financial institutions; and nonprofits such as the Hawai`i Home Ownership Center, Hawaiian Community Assets, Legal Aid Society of Hawai`i, Consumer Credit Counseling Service of Hawai`i, Habitat for Humanity and Self-Help Housing Corporation of Hawai`i.

MILTON NAKATSU, OF HILO, HAS SENT TESTIMONY regarding the proposed `Aina Koa Pono project to the Public Utilities Commission and state senators.
“A lot of residents believe that renewable energy is the way to go as well as I,” Nakatsu wrote, “but I will try to illustrate the cons (of AKP) with the following:
“First, I have to apologize for sounding so negative, but I feel some of the ‘silent majority’ must have a voting voice on this crucial matter.
“This combine (`Aina Koa Pono) reminds me of the days of the Kohala Task Force dumping millions into unproven businesses only to end up in bankruptcy except Kohala Nursery. Note: the execs of Biogenics were driving new Cadillacs every day from Kamuela to Kohala and back, wining and dining and to the bank only to deposit the hundreds of thousands milked from the company. The story is ‘good;’ they have an excellent Business Plan; set up; reap the rewards and are gone after five years or so.
“It doesn’t make any sense to compel ratepayers to pay any additional fees for biodiesel, it should be an agreement with the electric companies. They (electric companies) currently negotiate with the oil companies for a fair price, so they should also negotiate for a fair price of biodiesel as an oil substitute.
“Times are extremely difficult for fixed income residents. We have no means of generating income, and it’s causing our rates to go even higher for the benefit of `Aina Koa Pono? Where is the fairness, representation, protection and common sense on this?
“Maybe I misunderstood, but wasn’t the charge per barrel of biodiesel lowered to the cost of crude (not sure)? After exhaustive questioning, didn’t they lower the figure to $200 a barrel, which is still too high? I’m wondering if they had an initial cost of like $400 a barrel.
“If the cost of biodiesel is tied to crude, then it should be similar to annual percentage rate for interest rates where rates are fairly adjusted to moving market values of interest and not set in stone for 10 to 20 years which I believe is the case. Is this the ‘failsafe’ for them to make a ton upfront and can fail later after initially reaping the rewards?
“If this company has the expertise/management skills and knowledge, then let them present a case to HELCO in negotiating like they do with the oil companies. Aren’t they competing for biodiesel in lieu of oil?
“Would any bank lend them the money required under the present net increase in energy after plants are grown, harvested, microwaved then hauled as fuel 80 miles away to HELCO’s refinery?
“As quoted by Will Rolston, energy coordinator for the county, ‘We’re sitting here, and we’re trying to figure out how it could work; the math doesn’t add up.’
“If this company is PUC-regulated, are they tied to any ROE (return on equity)? If they are, what are the thresholds?
“Are there any stipulations on salaries for CEO, president, manager on down, or could it be unlimited? What about golden parachutes?
“If I had a proposal to install 100,000 to 1,000,000 photovoltaic panels or any other type of energy renewal program, would the ratepayer have to pay any costs, since theoretically oil usage would be less? If it is, then I’d like to drum up investors, since this is a no lose, win only investment.
“Again, can anyone answer, if Hawai`i Island is 46.7 percent renewable today, and 100 percent renewable tomorrow, what would our electric rates be higher? Lower?
“Last but not least, as repeatedly quoted by Mayor Billy Kenoi, he’s not in favor of any more alternative energy sources for the island ‘unless they result in a lowering of utility bills, not raising of them.’ That is a huge ‘ditto,’ Mr. Mayor.
“Senators, I beg you, do not let this proposition be railroaded by a few minority with supreme authority without the sake of overall wellbeing of the ‘common silent majority.’”
This and other testimony is available at puc.hawaii.gov. Docket number is 2012-0185.

TWO SOUTHSIDE VOLLEYBALL TEAMS of Ka`u boys are headed to the mainland to compete in the 2013 Boys Junior National Championship in Reno, Nevada next week from June 28 through July 3. Members of the 14 team of 14-year-olds are Addie Enriques, Avery Enriques, Nai`ia Makuakane and Kameron Moses. Members of the 16s team are Brian Gascon, Emmett Enriques and Kai Enriques. Head coach is Guy Enriques.

KAHUKU UNIT OF HAWAI`I VOLCANOES NATIONAL PARK offers its Palm Trail Hike tomorrow from 9:30 a.m. to 12:30 p.m. This relatively easy, guided, 2.6-mile loop crosses scenic pasture along an ancient cinder cone with some of the best panoramic views Kahuku has to offer. 985-6011

ALSO SEE KAUCALENDAR.COM AND FACEBOOK.COM/KAUCALENDAR.
Posted by The Ka`u Calendar at 12:26 PM Links to this post