IN ITS LATEST VOLCANO WATCH, Hawaiian Volcano Observatory warns the public about risky actions at Kilauea’s ocean entry. The article says that Hawai`i residents and visitors – as individuals and in groups – put themselves at risk by approaching the current ocean entry too closely, both by land and by sea. The article cites a recent example of kayakers who paddled just feet from lava streaming into the ocean. Then, further risking their lives, they went ashore, walking across new land built by the ocean entry and scooping molten lava with their paddles. “Their actions were unsafe and cause for grave concern – not to mention, culturally insensitive,” the article states.
The article describes volcanic hazards: “Lava entering the sea builds a platform of new land known as a lava delta. This new land appears deceptively stable, but the veneer of lava on its surface hides a foundation of loose rubble. Consequently, lava deltas are extremely unstable, and they can – and do – collapse without warning. Kilauea’s largest delta collapse sent 44 acres of new land plummeting into the ocean. But a collapse of only one square yard can be deadly.
“When lava deltas collapse, the mix of lava and seawater generates steam-driven explosions that blast fragments of molten lava and blocks of hot rock hundreds of yards – both inland and seaward. Rocks the size of a small file cabinet have been hurled 330 yards, with fist-sized rocks thrown as far as one-quarter mile.”
Based on decades of experience observing ocean entries and the consequences of lava delta collapses, HVO advises people to stay one-quarter mile away from where lava enters the sea. “With due diligence, you can safely witness lava entering the sea. Know the hazards. Keep a safe distance from the ocean entry. And, above all, do not be misguided by the risky actions of others,” the article states.
See more at hvo.wr.usgs.gov/volcanowatch.

THE PUBLIC UTILITIES COMMISSION has received responses to questions posed by the state Consumer Advocate to Hawai`i County regarding testimony on the proposed contract for `Aina Koa Pono to sell biofuel refined above Pahala from biomass grown in Ka`u to Hawai`i Electric Light Co.
The Consumer Advocate questioned Hawai`i County about its energy coordinator William Rolston’s statement that “committing to a twenty-year supply contract that represents the largest contract for biodiesel on this Island … effectively crowds out alternative, potentially more cost-effective and more proven biofuels technologies; ultimately undermining the future for the Island.”

The Consumer Advocate asked the county to identify the other more cost-effective and more proven biofuel technology alternatives that Rolston is referring to in the above statement.
In its response, the county gives examples of what it says are “companies that have developed or are developing technologies in these areas that are more advanced in their development cycle (hence, ‘more proven’) and that promise to deliver or have already delivered economics that are validated with technical demonstration at larger scale….
“It is projects such as these that have a high potential to be more cost-effective than the proposed AKP project, which – given its relatively much earlier stage of demonstration –is still a project with relatively higher technical and economic risks. These are the types of projects that will be crowded out under the proposed twenty-year contract to meet essentially all of the anticipated biodiesel demand for the Keahole power plant.”
The county gives a summary of current technology development status and project economics for these companies:
More testimony will be covered in future Ka`u News Briefs. All testimony is available at puc.hawaii.gov.

THE TODAY SHOW BEGINS its Great American Adventure next week in Hawai`i, when all five anchors – Matt Lauer, Savannah Guthrie, Natalie Morales, Al Roker and Willie Geist – travel together for the first time. The team will visit five U.S. destinations in a single week.
A segment filmed at Hawai`i Volcanoes National Park last week will be featured along with others from locations throughout the state.
Live taping takes place at the Royal Hawaiian Hotel on Waikiki Beach Monday from 1 a.m. to 4 a.m. Viewers will also see Hawai`i personalities and enjoy musical performances by local artists during the special broadcast.
The show airs locally at 7 a.m. Monday on NBC.

HAWAIIAN CIVIC CLUB OF KA`U is offering financial help with college tuition for Ka`u graduates. The deadline for Civic Club scholarship applications is June 15, and preference is given to native Hawaiians. Civic Club volunteers are ready to help anyone fill out the Club’s simple scholarship application.
“Ka`u’s Civic Club recognizes the tough economy everybody is struggling with. Whether someone is a high school senior heading off to a university/college, vocational, or technical school, or someone older who’s working toward a degree, the Civic Club is here to kokua. Higher education can be a great new start in life,” said Civic Club member Wendy Baier. Call 929-9891 for more information and to receive an application. 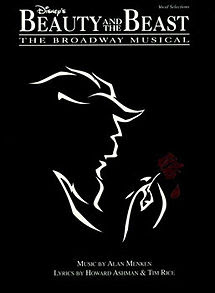 KILAUEA DRAMA & ENTERTAINMENT NETWORK holds auditions for its annual summer musical Monday and Tuesday at 6:30 p.m. at Kilauea Military Camp Theater in Hawai`i Volcanoes National Park. This summer the community theater group presents Disney’s Beauty and the Beast.
KDEN is looking for people of all ages to participate. Auditioners should be prepared to sing, dance and possibly read scenes from the script. Show dates are July 12-28. Lead characters include Prince/Beast, Belle ( the Beauty), Gaston (the antagonist), Lumiere (the valet), Mrs. Potts (the cook), Babette (the maid), Madame de la Grande Bouche (an opera singer), Cogsworth (the butler), Maurice (Belle’s father), Chip (Mrs. Potts’ son), Monsieur d’Arque (insane asylum proprietor) and Lefou (Gaston’s sidekick).
There is also an ensemble of Silly Girls, Enchanted Objects, and Townspeople. The show, based on the 1991 Disney film of the same name, features the music of Alan Menken with lyrics by Howard Ashman and Tim Rice and book by Linda Woolverton.
For more information, call 982-7344, email kden73@aol.com or check KDEN’s Facebook page.