FISHERMAN CAN AVOID HOOKING MONK SEALS with their hooks and lines, according to the Department of Land & Natural Resources. The agency reported this week that over the last decade there were 77 incidents. Eight occurred this year. The DLNR issued a statement to “remind fishermen that monk seal deaths and injuries from fishing interactions can often be prevented, and adverse impacts to fishermen and seals can be reduced through early reporting of incidents. “Monk seals are a vital part of Hawai`i’s marine and cultural environment,” said William J. Aila, Jr., DLNR chairman. “While DLNR and NOAA seek to address all adverse impacts on Hawaiian monk seals, we want to acknowledge the cooperation of Hawai`i fishermen and emphasize that we do not consider fishing interactions in the main Hawaiian Islands to currently pose a major threat to monk seal recovery.”
Aila said that while two hookings have been deemed the likely cause of seal deaths, “we want to partner with the fishermen to further reduce impacts. Following the guidelines and reporting hookings can help make a relatively small impact become even smaller.” Hawaiian Monk Seals & Fishing Interactions: Guidelines for Prevention, Safety and Reporting describes actions fishermen can take to avoid seal hookings and entanglement, and to reduce fishing gear and bait loss. The guidelines also stress the importance of reporting all fishing interactions. See them at www.fpir.noaa.gov/Library/PRD.
The toll-free, 24/7 reporting hotline for all fishing interactions and other marine mammal incidents is 1-888-256-9840. NOAA and DLNR urge all fishermen and other ocean users to write down this hotline and/or save it in their mobile phones for timely use whenever a seal is hooked or entangled. 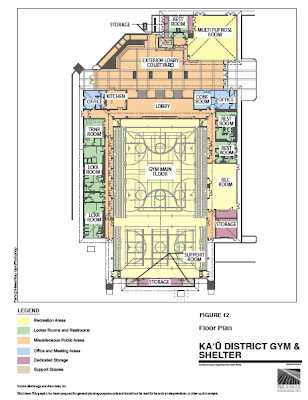 DEADLINE FOR BIDDING TO CONSTRUCT THE NEW GYM & COMMUNITY SHELTER in Pahala is coming up in late May and has been open to contractors and subcontractors since April 18, according to the county Department of Public Works. Details of the architectural and engineering plans are available from the Public Works Department in Hilo on a computer disc. The plans include building a gym between the school cafeteria and tennis courts. The $19 million project calls for more than 42,000 square feet. Variances have been requested for height and parking. The final Environmental Assessment can be read at hawaii.gov/health/environmental/oeqc/index.html. Click on current issue.
The facility will be operated by the county Department of Parks & Recreation in cooperation with Ka`u High & Pahala Elementary School.

JOBIE MASAGATANI is the new director of the state Department of Hawaiian Home Lands. She replaces Alapaki Nahale-a, who recently resigned. Gov. Neil Abercrombie announced the appointment yesterday. Masagatani is no stranger to Hawaiian issues. She was deputy director of DHHL from 1995 to 2000 and recently Office of Hawaiian Affairs assistant to the CEO.

THE NEW PUBLIC SAFETY DIRECTOR for the State of Hawai`i is Ted Sakai, assuming the position he held from 1998 to 2002. Sakai was appointed yesterday by the governor, replacing Jodie Maesaka-Hirata, who moves to the position of deputy director of Corrections. Maesaka-Hirata is a social worker who has spent much of her career working in the prison system.
The governor said his new team will help with the Justice Reinvestment Initiative aimed at returning inmates from being held on the mainland to correctional centers here. The campus at Kulani Correctional Facility between Volcano and Hilo is considered one of the locations for housing the prisoners.

KA`U HOSPITAL received much praise in an article by Erin Miller in today’s Hawai`i Tribune Herald newspaper. The story covers the experience of an Ocean View resident who chooses Ka`u over other hospitals on the island complimenting its friendly, clean environment and caring staff, including chief of staff Dexter Hayes and new activities coordinator Jessica Camba-Penera. “The only thing I could say is they could use more money. They are doing a wonderful job,” says Earl Laver in the Tribune Herald story.
The story reports that Ka`u Hospital has gross annual revenues of about $8 million. The hospital costs about $6 million a year to operate and takes in about $5 million in revenues and $1.4 million in subsidies, the story reports administrator Merilyn Harris saying. The hospital is also bolstered by community volunteerism and fundraising for such equipment as touchscreen monitors in the Emergency Room, the story points out. An Emergency Room cart with equipment and directions for use on children of different sizes and ages was also acquired with community help. Custom cabinets in the lunchroom were made by staff volunteers. The story points to nearly $5 million that will fund new doors, windows, ceiling and air conditioning, parking lot improvements and other renovations beginning in August. The administrator praised Rep. Bob Herkes and the community for supporting the funding at the state Legislature.

SUPPORT OUR SPONSORS AT WWW.PAHALAPLANTATIONCOTTAGES.COM AND WWW.KAUCOFFEEMILL.COM.
Posted by The Ka`u Calendar at 10:00 AM Links to this post