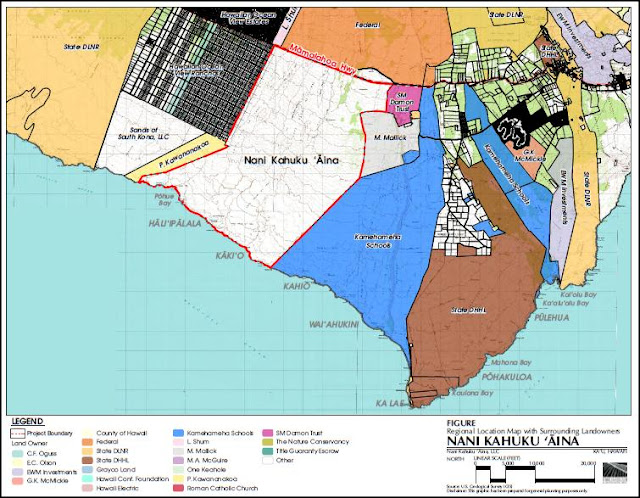 NO NEW ZONING CHANGES for Ka`u until the Ka`u Community Development Plan passes or until Dec. 31, 2012, whichever comes first. The bill passed the County Council unanimously this week and will have no impact on the proposed Nani Kahuku `Aina resort on 16,000 acres of land near Ocean View, nor the `Aina Koa Pono refinery proposed for land between Wood Valley and Pahala.
The county zoning changes for the resort will come after the CDP is completed, and the refinery does not require a zoning change to build the refinery on agricultural land, according to current zoning law, says the county Department of Planning. The construction of the refinery, since it is connected with growing biofuels, is exempt from Environmental Impact Statements and Environmental Assessments. A hearing on the contract between Hawaiian Electric and `Aina Koa Pono, which is planning to build the refinery, will be held Tuesday, Aug. 2 at the state Building in Hilo at 9 a.m. and at the West Hawai‘i Civic Center in Kona at 4 p.m.
Nani Kahuku `Aina has been holding its own small meetings with groups and individuals in Ka`u.
THE HAWAI`I FOREST LAND PROGRAM of the state Department of Land and Natural Resources seeks applications for funding assistance for forest conservation for the year 2013. The DLNR partners with local land trusts and private landowners to sustain forests through conservation easements that help prevent conversion of forest land to other uses.  The deadline is Aug. 22. Landowners and non-profit entities can contact Sheri Mann at the DLNR Division of Forestry and Wildlife at 587-4172. “Hawai`i projects have been very successful in this nationally competitive program,” said DLNR Chair William J. Aila, Jr. “Through the Hawai`i Forest Legacy Program we have been able to protect our environmentally sensitive forest resources, preserve watersheds, shelter endangered species, and safeguard our culturally important sites.” The Hawai`i Forest Legacy Program has identified many forestlands throughout the state as important and in need of permanent protection. More about this can be found in the State’s Assessment of Needs website. See www.hawaii.gov/dlnr/dofaw/hflp.
`AINA KOA PONO has updated its frequently-asked-questions section on its website ainakoapono.com. Here are some excerpts:
Will there be a smell from the plant or processing?  `Aina Koa Pono says that the only smell created by this process will be that of “sawn lumber” which is comparable to the smell of a lumber yard. The company says there will be no gasoline or chemical smells associated with the plant or processing.

Will AKP’s facility process municipal solid waste?  `Aina Koa Pono says its feedstock will be exclusively biomass derived from growing plants and other vegetative matter.
Why don’t you use technology like solar, which has less demand on land resources?  `Aina Koa Pono says, “Solar power is not economically feasible without significant government subsidy, and more importantly, solar power will not produce liquid fuel for transportation or electricity generation in the HELCO plants.”
Will HELCO’s 20-year contract with AKP to purchase bio-fuel reduce the potential for geothermal, wind or solar?  “No,” says `Aina Koa Pono. The company says HECO is expanding its geothermal work and continues to work with new solar installations on a daily basis. It claims that “the current total energy used by all of the Hawaiian Islands far exceeds all the current and planned Hawai`i renewable projects combined.   Even with solar and geothermal resources, a facility like Keahole will be used as a back up to assure the continuous flow of power to the residents of the Big Island. The only question is whether Keahole will be operated using fossil diesel or renewable diesel. If, after the development of geothermal, biomass, and solar energies, less power from Keahole is needed, and therefore less biofuel, any renewable liquid fuels can be transported anywhere in Hawai`i.” The company says its project increases the fuel independence of Hawai`i by directly reducing foreign oil imports.

Is there a potential to use this for ground and air transportation?  `Aina Koa Pono says that “the process will produce ‘synthetic diesel’ that can be used for electric generation, transportation and similar uses. In addition the process also produces lighter distillate that can be processed to jet fuel and gasoline."

What are the risks for HELCO/HECO and its consumers if AKP fails to develop the project or deliver per the specifications within the contract?  `Aina Koa Pono says there are no risks for consumers. It says that “the contract contains specific development milestones and details on performance,” and that HELCO is only obligated to purchase fuel from `Aina Koa Pono if all of the criteria are met.

Will AKP allocate land for food production?  `Aina Koa Pono states that “the Edmund Olson Trust has carved out acreage along Wood Valley Road as a diversified agricultural area in conjunction with the biomass production on former cane fields that have long been fallow.” It says that “currently, there is a wide variety of plants cultivated under land leases. About 15 acres of sweet potato production has been recently planted in addition to taro, kukui nuts, bananas, strawberries, a wide variety of lettuce and an assortment of other vegetables including squash, coffee trees, and soon peanuts.
The company says it looks forward “to supporting the diversified agriculture efforts of our joint venture partner, the Edmund Olson Trust, and helping to achieve Hawai`i’s dual goals of increased energy security and self sufficient food production.” 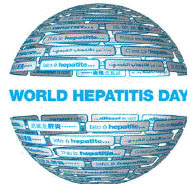 WORLD HEPATITIS DAY is being marked next Thursday by the state Department of Health, which encourages Hawai`i residents to be tested. Knowing you have the silent disease can help you get treatment and avoid liver failure. Hawai`i has the highest rate of hepatitis in the country. Hepatitis B is endemic in Pacific Islanders and Asians, while C is spread mostly though sexual contact, needles and blood. Beginning Monday, there will be a website hepfreehawaii.org for more on this silent disease which many people have without even knowing about it. Free tests will be from 9 a.m. to 4 p.m. at the Waiakea Health Center, 191 Kuawa Street in Hilo and in Kea`au at the HIV/AIDS Foundation from 9 a.m. until 3 p.m. HIV screening is available free at Ka`u Hospital Clinic every third Wednesday of the month from 1 p.m. to 3 p.m.