THE PUBLIC LAND DEVELOPMENT CORP and its possible erosion of home rule over land use is an issue coming up in the new County Council. Council member Margaret Wille, of Kohala, is an attorney, and she plans to hold a workshop on the PLCD for the Council’s Planning Committee at 1 p.m. next Tuesday. While the meeting will be held in Hilo Council chambers Tuesday, the public can watch the proceedings and ask questions from Ocean View Community Center, where interactive video has been installed. The PLDC is a state agency under the Department of Land and Natural Resources, set up by the Legislature to allow use of state lands for economic development through partnering with private entities. Its board is comprised of public officials and some developers.

Wille told West Hawai`i Today in a story this morning that Hawai`i County has the most state land and the most to lose. “She wants the Council and the community to have a better understanding about whether the appointed five-member board could override county zoning and land use codes,” the Nancy Cook Lauer story says.
West Hawai`i Today quotes Wille saying, “Most of this is public lands under the public trust. The state is the trustee for Native Hawaiians and the public. You are accountable to those beneficiaries. You’re not just acting like this is private property to do with as you will.”
Most of the Big Island’s legislators have vowed to repeal or seriously change the PLDC law during the 2013 Legislature.
The Hawai`i County Council in October unanimously passed a resolution asking the Legislature to repeal the PLDC. Kauai and Maui passed similar resolutions. However, the City & County of Honolulu declined to pass the resolution, meaning that the legislative package from the association of counties does not include a resolution to repeal PLDC law. According to the West Hawai`i Today story, “Wille said the county has a responsibility to hold fast to its local laws, and she wants a thorough understanding about which laws could be jeopardized by state action. She also wants the PLDC’s administrative rules to be more clear on the public’s right to judicial review to have legal standing to contest the agency’s actions in court.”
State House Rep. Denny Coffman told The Ka`u Calendar that he voted for the PLDC law but made a mistake. He changed his mind and is planning to seek a repeal during the upcoming legislative session.

CU HAWAI`I FEDERAL CREDIT UNION will close the Na`alehu Branch on Saturday, Jan. 12 for construction work on the front doors that will allow 24-hour access to the ATM. To make up for time lost for the community, the credit union is extending its Friday, Jan. 11 hours until 6 p.m. The credit union reopens on Monday, Jan.14. To assist members, the Pahala office will be open from 1 p.m. to 6 p.m. on Friday, Jan. 11 and again on Saturday Jan. 12 from 8:30 a.m. – 11:30 am.

KEA`AU CAME TO KA`U YESTERDAY. Ka`u High Varsity soccer teams faced off against Kea`au on the Trojan field. The boys team held Kea`au the first half, but the Cougars slipped in a goal in the second half to win 1-0. The Cougar girls also beat Trojan wahine 6-0. 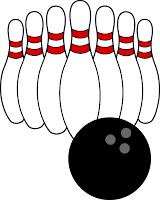 SUNDAYS ARE SIZZLIN’ at Kilauea Military Camp in Hawai`i Volcanoes National Park this month. Bowling is $1 from 4 p.m. to 8 p.m. Crater Rim Café has Chef’s Specials from 5 p.m. to 8 p.m. Choices are short ribs and lu`au-style ono for $13.50 or teri chicken meal deal for $8.95 including dessert and beverage. KMC is open to authorized patrons and sponsored guests. Park entrance fees apply. 967-8371

ALSO SEE KAUCALENDAR.COM AND FACEBOOK.COM/KAUCALENDAR.
Posted by The Ka`u Calendar at 3:43 PM Links to this post