MORE THAN 4,500 JOBS were added to the economy statewide during the past year, according to the state Department of Labor & Industrial Relations. The agency credited the increase to expansions in the tourism, professional and business, and health care sectors.
Employment in Hawai`i increased by 500 jobs from October to November. The seasonally adjusted labor force totaled 634,700 in November, with 593,150 employed and 41,550 unemployed.
Initial claims for unemployment benefits fell by 3.7 percent from October to November, while the over-the-year change in weeks claimed was down 12.7 percent. The seasonally adjusted unemployment rate for November was 6.5 percent, the same as in October. Unemployment in this state remains lower than the national average, where the seasonally adjusted unemployment rate also declined - to 8.6 percent from 9.0 percent in October. 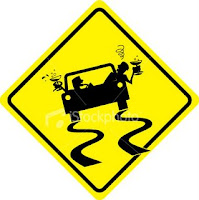 MITCH ROTH, A DEPUTY COUNTY PROSECUTOR, came to Ka`u over the weekend and told residents on KAHU radio station that we must do something to make our highways and roads safer. Hawai`i has the highest rate of traffic deaths related to drugs and alcohol in the entire country. Roth, who says he is a community-oriented prosecutor, talked about looking for the root cause of crimes to stop them before they happen, through counseling, education and fair warnings to people. He has worked on a number of initiatives in Ka`u to help train families with domestic violence, to develop neighborhood watch programs and empower community associations.
Regarding the alcohol and driving, however, the Hawai`i Police Department will step up DUI checkpoints all across the island through New Year’s Day.

FIREWORK PERMITS go on sale today. Hawai`i County regulations permit fireworks for only four hours, between 9 p.m. New Year’s Eve and 1 a.m. New Year’s Day. The permits, each good for purchasing up to 5,000 firecrackers, cost $25 and are available for people 18 years of age and older. Individuals can buy multiple permits. They are available at the Hilo Fire Administration Office, Pacific Fireworks, the Golden Dragon tent and Kadota Liquors in Hilo; Pinky’s Five/Eight at Papaikou; and Parker Ranch Center Food Court in Waimea. In Kona, firework permits are available at the Kona Fire Prevention Office and West Hawai`i Civic Center.
Fireworks are illegal within 1,000 feet of hospitals, schools, churches, community centers public parks and senior housing. It is illegal to give fireworks to children and for children to use them without supervision by parents and guardians.

TREECYCLING is being encouraged by the County of Hawai`i’s Departments of Environmental Management and Public Works. They are teaming up to support on-site tree chipping at locations around the island.
“Please help keep our island green and recycle your holiday tree and greenery,” says a statement from the county. “After Christmas, drop your trees at any of eight county recycle and transfer stations: Hilo, Puako, Kailua-Kona, Honoka`a, Kea`au, Keauhou, Waimea and Wai`ohinu.
This program runs from today through Jan. 15. Trees and greenery should be free of all decorations, lights, tinsel and ornaments. Artificial and flocked trees are rejected.
“Chipping the trees and making the material available for use in gardens will allow the county to divert thousands of trees from our landfills and add valuable mulch to island soils. In addition, chipping will help reduce the illegal dumping of holiday trees,” the county statement says.
The county also encourages residents to recycle Kadomatsu decorations, which are normally a combination of bamboo, pine and flowers. Kadomatsu is a tradition that began 600 years ago in Japan as a way of offering luck in the New Year.
Information about the county’s Treecycling Program and additional recycling and solid waste programs is available on the website at www.HawaiiZeroWaste.org. For further information, please contact the county Solid Waste Division at 961-8270.

THE NEW YEAR CAME EARLY for families in Ka`u making mochi over the weekend. In the backyard of the Carol Sakata house in Pahala, two fires were going for the rice. The men ground the mochi into a smooth paste, and the sweets were formed and sugared by the women. Families brought their own rice for the ritual to make these New Year’s treats to distribute.

REGISTRATION IS OPEN for the annual humpback whale count around the state. Volunteers go to selected sites along the Ka`u Coast to help out on Saturdays, Jan. 28, Feb. 25 and March 31. The count takes place over a four-hour period when volunteers record the behavior of the whales, which come to Hawaiian waters to spend the winter each year. The Hawaiian Islands Humpback Whale National Marine Sanctuary, which is recruiting the volunteers, has announced that it is seeking a limited number of site leaders, who must be able to  participate in all three counts and must attend training. For more information, call  1-888-55-WHALE ext 253, or see hawaiihumpbackwhale.noaa.gov.
KUMU MAILE YAMANAKA shares the Arts and Traditions of Hula at Kilauea tomorrow at Volcano Art Center Gallery in Hawai`i Volcanoes National Park. Hula lessons begin at 10:30 a.m., lei making at noon and `ukulele playing at 1:30 p.m. Bring your `ukulele if you have one. Sign up on a first-come, first-served basis tomorrow. Open to all ages and levels.

ALSO AT HAWAI`I VOLCANOES NATIONAL PARK, on Wednesday from 10 a.m. to noon on the lanai of Kilauea Visitor Center, Oral Abihai shares his passion for creating `ukulele from discarded or naturally fallen pieces of wood. He has used pieces of `ohi`a lehua and native myrtle from a firewood stack. Scraps from a cabinetmaker friend commonly end up as necks or saddles. His favorite `ukulele is the first instrument he made from scraps of koa wood given to him by his teacher.

This `Ike Hana No`eau Hawaiian cultural program is one in a series sponsored in part by Friends of Hawai`i Volcanoes National Park.
Posted by The Ka`u Calendar at 9:38 AM Links to this post