“A STRONGER JAPAN ECONOMY with hope, vision and confidence in the future will bode well for the Japan outbound tourism to Hawai`i,” said Dave Erdman, president and CEO of PacRim Marketing Group Inc. & PRTech LLC. His comments followed an announcement that the Japanese government plans to fund job creation and reconstruction efforts, enhance innovation, strengthen domestic demand and create global opportunities following the earthquake and tsunami that devastated the Tohoku region of the country two years ago this month.
A story in the Honolulu Star-Advertiser said that Hawai`i Tourism Authority is projecting Japanese arrivals to increase by 13 percent and expenditures to grow by 16.4 percent this year. “In partnership with the Japan Association of Travel Agents, Hawai`i has committed to reaching two million Japanese visitors by 2016,” said HTA president and CEO Mike McCartney.
Japan also is interested in “Two-Way Tourism,” inbound tourism from Hawai`i and the U.S., Erdman said. “Two-way tourism is good for all of us. Building bonds of friendship and giving our aloha spirit as we travel will encourage more first-timers to come to Hawai`i from Japan, and not just to O`ahu, but to visit our neighbor islands,” he said. “I encourage those thinking of an overseas vacation to consider going to Japan and exploring areas outside of central metropolitan cities to learn more about our friends and neighbors, and return to them the support that they need in this time of reconstruction and revitalization.”
The Star-Advertiser story quoted Consul General of Japan Toyoei Shigeeda: “The people of Japan have been encouraged by the continued and generous support from Hawai`i. There has been a variety of financial and spiritual support, which has been the most precious. I have been asked to convey the gratitude of the Tohoku people and to encourage the people of Hawai`i to pay a visit to them.”

ALLOWING FOREIGN-BUILT SHIPS to carry cargo to Hawai`i from the mainland is the goal of House Resolution 119 introduced by Hawai`i state legislators last week. The resolution calls for a limited exemption to the Jones Act, which requires ships carrying cargo between United States ports to be built in the U.S.
Rep. Gene Ward, of O`ahu, said in a written announcement that the high cost of building new ships at domestic shipyards is the main cost driver in Hawai`i shipping, and so residents would save money without it. Ships carrying cargo between two U.S. ports would still be required to have U.S. crews, owners and flags.
Ward also said the exemption would help Hawai`i’s efforts to import liquefied natural gas as an alternative to oil to generate electricity. He said U.S. shipyards haven’t built ships to carry LNG since the 1970s.
The Hawai`i Shippers Council, an organization representing companies that ship goods on carriers including Matson, Inc., Horizon Lines and Pasha Hawai`i Transport Lines, said in a statement that allowing foreign-built ships to serve Hawai`i from other U.S. ports would make trade more competitive by lowering a major barrier to entry. “The proposed reform will create significant economic benefits that will flow through the system to businesses and consumers in Hawai`i and other noncontiguous jurisdictions,” the council said in a statement. The council estimates that U.S.-built ships cost five times as much as foreign-built ships.
However, Matson opposes the proposed exemption, saying the cost of ships represents a small percentage of overall operating costs and that other U.S.-flag cargo transportation companies support building ships domestically. The company also said the U.S.-built requirement helps ensure the country has strong shipyards. “We should not become dependent on foreign shipyards to support the U.S.-flag maritime industry,” the company said.
The exemption is similar to exemptions for Guam and cruise ships serving Hawai`i. Other introducers of the measure include Big Island Reps. Cindy Evans and Clift Tsuji.

SOFTBALL FIELD IMPROVEMENTS at Ka`u High and Pahala Elementary Schools are listed in Gov. Neil Abercrombie’s announcement of more that $26 million released for statewide capital improvement projects for education facilities. Projects may include field improvements, drainage improvements, new or replacement backstops and fences, dugouts, bleachers, scoreboards, walkways and grading.
Other statewide projects include science facility upgrades at various high schools, minor renovations and improvements and noise and heat abatement.
“These priority CIPs will help address the many needed repair, maintenance and upgrade projects that have accumulated at our public schools over many years,” Abercrombie said. “The majority of these funds will go toward statewide projects and programs aimed at providing the suitable, learning-friendly environment for students and teachers that they each deserve.” 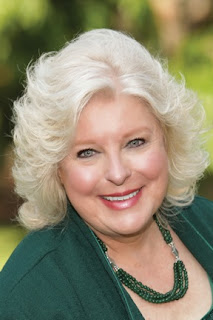 COUNCIL MEMBER BRENDA FORD is seeking improvements to Kahuku Park in Ocean View. Ford has introduced five bills that break improvements down into phases. Four of the bills are on the County Council agenda for its upcoming meeting on Thursday, March 28.
Phase 1 lists water system improvements to address public health and safety relating to water for drinking, irrigation and an auxiliary source of potable water in a disaster).
Phase 2 addresses improvements related to Americans with Disabilities Act and seeks $600,000 for installation of ramps to the pavilion and ball field.
Phase 3, budgeted at $250,000, would add, replace, improve and repair children’s playground equipment, regulation matting, a gazebo and BBQ apparatus.
Phase 4 calls for construction of a community center, gymnasium, restrooms, certified kitchen, storage for Civil Defense supplies and a second water reservoir to serve the community center. Funding for this $5,100,000-phase as well as the other phases would be provided from general obligation bonds, capital projects fund and/or other sources.
The bill for Phase 5 is on the Finance Committee’s agenda for its meeting this Wednesday, March 27. It calls for $100,000 for grading to provide an additional area to the park for future use.

OCEAN VIEW PARK & RIDE BUS LOT is another item on the Finance Committee’s agenda. Council member Brenda Ford is introducing a measure to purchase property for a permanent bus station and park and ride location, along with design and construction of the facility and placement of a streetlight. The project would cost $94,000.
Another measure introduced by Ford would authorize the Finance director to initiate any funding mechanisms required for acquisition of the parcel to be used for the Ocean View Park & Ride location and bus station. The parcel on the corner of Hwy 11 and Prince Kuhio Boulevard is owned by Oceanview Partners, LLC, of Honolulu.
County Council and committee meeting agendas, along with information on how to submit testimony, can be viewed at hawaiicounty.gov.
Ka`u residents can participate in committee and Council meetings via videoconference at Ocean View Community Center, 92-8924 Leilani Circle. The system is available until 3 p.m. or later if public witness testimony has not been completed.
For more information, call 961-8536 or edistrict6@co.hawaii.hi.us.

MORE THAN $3,500 WAS RAISED for Discovery Harbour volunteer firefighters at last weekend’s bi-annual rummage sale. Proceeds for Volunteer Company 11-Charlie will be used to equip new members with optional firefighting equipment that veterans already have, said organizer Suzanne Brady. The company also plans to investigate purchasing some radio equipment to improve communication among crew members. “These funds will need to see us through the next two years and will also go a long way in purchasing uniform items, service recognition awards, flashlights, batteries, water and snack bars, etc.,” Brady said. “It’s events such as this one that help us to keep each member’s personal expenses to a minimum.”

TWO BY TENN WITH TEA, a performance of two of Tennessee Williams’ one-act plays at Pahala Plantation House, takes place today. University of Hawai`i-Hilo drama department senior Julie Dobbs directs Dick Hershberger and Arlene Araki in Talk to Me Like the Rain and Let Me Listen and I Can’t Imagine Tomorrow. The plays begin at 3 p.m. Tea and cookies will be served, and a potluck dinner follows.

ALSO SEE KAUCALENDAR.COM AND FACEBOOK.COM/KAUCALENDAR.
Posted by The Ka`u Calendar at 12:29 PM Links to this post