ONE WHALE EVERY 15 MINUTES was the average around the Big Island during the Hawaiian Islands Humpback Whale National Marine Sanctuary Ocean Count this season. The count helped to confirm that the humpback whale population is increasing at an annual rate of seven percent a year. The final 2012 count was held last weekend, including sites in Ka`u and Hawai`i Volcanoes National Park. More than 570 volunteers gathered data from the shores of O`ahu, Kaua`i and Hawai`i Island. Participants tallied humpback whale sightings and documented the mammals’ surface behavior.
The sanctuary, managed by NOAA and the state Department of Land and Natural Resources, protects humpback whales and their habitat in Hawaiian waters where they migrate each winter to mate, calve and nurse their young. Up to 12,000 humpbacks come to Hawaiian waters every year, returning to their birthplace between November and May after migrating from as far away as Alaska. Hawaiian waters provide critical breeding habitat for approximately two-thirds of the north Pacific stock of humpback whales. 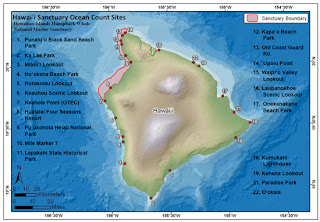 Last weekend’s count “capped off a successful season with over 2,000 volunteers participating and observing humpback whales displaying a variety of behaviors, as well other marine wildlife including Hawaiian monk seals, sea turtles, spinner dolphins and many sea birds,” said Christine Brammer, Sanctuary Ocean Count project manager. “High winds made viewing challenging along some coastlines around the state.”
For information on becoming a volunteer for the 2013 Sanctuary Ocean Count, call 1-888-55-WHALE ext. 253 or visit www.sanctuaryoceancount.org.
NOAA’s mission is to understand and predict changes in the Earth’s environment, from the depths of the ocean to the surface of the sun, and to conserve and manage our coastal and marine resources. Find out more at Hawaiian Islands Humpback Whale National Marine Sanctuary hawaiihumpbackwhale.noaa.gov.

ALL COOL FUEL, LLC which scooped up all 16 county agricultural land leases in a closed auction recently, has withdrawn its bid on eight of the parcels, saying it wanted to leave some for local farms. All Cool wants to grow biofuel to process at an ethanol facility it plans at the Natural Energy Lab next to Kona Airport. All Cool Fuel president Duane Bitner told Stephens Media reporter Nancy Cook Lauer yesterday that he empathized with the small farmers who had hoped for land leases. “When I saw that I was the only off-island bidder, I felt really bad,” he said, noting that he grew up on a farm in Utah and empathized with the small Hamakua farmers. Referring to the local farmers losing out on the bids to outside interests, he said, “We just hated it when people do stuff like that. That’s not how I want to start off a relationship with the island,” Stephens Media reported. All Cool Fuel is releasing 156 of the acres that it won in the bid, leaving the land for the second highest bidders, the Hawai`i Tribune Herald story says.

DISASTER TRAINING BY THE AMERICAN RED CROSS will be held at Na`alehu Elementary School on April 14 and 21. Disaster Services: An Overview is the title of the session from 9 a.m. to noon on the 14th, followed by a class on Disaster Assessment Basics from 1 p.m. to 4 p.m. On April 21, the class will be on Shelter Operations and Shelter Simulation from 9 a.m. to 5 p.m. The Red Cross is recruiting disaster services volunteers on the Big Island. The first step is to take the classes. Volunteer candidates must register for and attend the entire series. See more and register online at www.hawaiiredcross.org, or call Barney Sheffield at 217-0805. 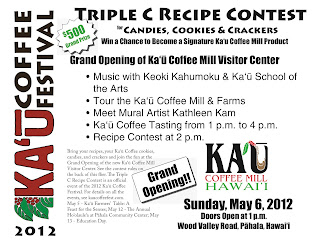 PLANS TO MOVE PAHALA LIBRARY from public to school administration are being deferred in both the state House of Representatives and Senate. Both Sen. Gil Kahele and Rep. Bob Herkes said they hope the library will remain open for the public and school students. Use It Or Lose It is the Friends of Ka`u Libraries’ campaign slogan. The organization is asking for the administration of both the schools and the library system to make hours more convenient for students and their families to go to the library and also to make it easier to check out books and other materials.

THE KA`U COFFEE FESTIVAL COMMITTEE meets tonight at Pahala Community Center at 5 p.m. Anyone wanting to help with the ho`olaule`a on Saturday, May 12 is invited to attend. For more on the lead-up events with a dinner and Robert Cazimero at Kalaekilohana and the recipe contest at Ka`u Coffee Mill, see www.kaucoffeefestival.com. 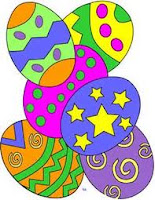 KEAUHOU BIRD CONSERVATION CENTER Tour takes place Friday from 9 a.m. to 11 a.m. Attendees see and learn about native birds that the facility houses, including the ‘alala (Hawaiian crow), which is extinct in the wild; the palila, a finch-billed honeycreeper found only on the slopes of Mauna Kea; the Maui parrotbill, an insectivorous Hawaiian honeycreeper; and the puaiohi, or small Kaua`i thrush. Cost is $20 for Friends members and $30 for non-members. Students are half-price. Call 985-7373 or visit www.fhvnp.org to register.

VISIT OUR SPONSORS AT PAHALAPLANTATIONCOTTAGES.COM AND KAUCOFFEEMILL.COM.
Posted by The Ka`u Calendar at 4:36 PM Links to this post