TWO NEW HAWAI’I PUBLIC RADIO 89.1 and 91.3 frequencies, transmitted  from Kulani Cone north of Volcano, provide expanded reception into Ka`u.  HPR1 coverage extends farther into Ka`u and, for the first time, Ka`u receives station HPR2. The improved areas in Ka`u are down South Point Road and to Na`alehu School. HPR’s plan is to reach farther into Ka`u to include Ocean View. HPR will apply to the FCC for permission to build additional repeaters, according to HPR engineer Don Mussell.
Mussell told The Ka`u Calendar newspaper yesterday that two repeaters, one for HPR1 and one for HPR2, will be purchased for Pahala. Another two repeaters will be placed on a tower just off South Point Road to expand coverage to Ocean View. These, plus the signals from Kulani will cover the half of Ka`u that remains unable to receive HPR1 And HPR2, he said.
Mussell explained how radio reaches Ka`u. HPR picks up the Maui signals from Haleakala via microwave at 8,000 feet on Mauna Loa, sends them to Hala`i Hill in Hilo and back up Mauna Loa to Kulani Cone.
HPR turned on its new transmitters at Kulani last Wednesday and found that Pahala wasn’t as strong as it could be, while South Point Road area reception improved significantly. As expected, the signals from Kulani could not reach Ocean View, parts of Na`alehu and Waiohinu. In the near future, to improve reception in Ka`u, the signals will be sent from Kulani by microwave to a place in Hawai`i Volcanoes National Park and then by microwave to Pahala and separately to a tower along South Point Road where they will be rebroadcast at the 89.1 and 91.3 frequencies. HPR will apply for all permissions and permits, Mussell said.
Where transmission is improved in Ka`u, Mussell also explained, reception for HPR1 and HPR 2 is good in most vehicles, which have antennas. However, home and business reception may require external antennas for the best sound.
HPR purchased the KAHU community radio license and promised to work on complete coverage in Ka`u, particularly since KAHU was partially funded with money from state and county Civil Defense to provide the remote neighborhoods with emergency broadcasting. “You can think of it as a work in progress,” said the HPR engineer.
To read comments, add your own, and like this story, see Facebook. Follow us on Instagram and Twitter.


A JURY FOUND MAYOR BILLY KENOI NOT GUILTY ON ALL CHARGES TODAY, regarding his use of his county credit card. Closing arguments yesterday, according to reports in West Hawai`i Today, included the prosecution stating that he misused the county card for entertainment, including alcohol. The defense argued that the county allows spending on alcohol for county purposes.
Some expenses were connected to such meetings as entertainment at Volcano House for the CEO of the U.S. Conference of Mayors and entertaining Hawai`i's congressional delegation. Others were further removed, such as entertaining relatives of those with whom the county was doing business. The prosecution also pointed out that the mayor used the card for personal expenses, such as his nephew's wedding hotel stay, and paid back the county after the Hawai`i Tribune Herald questioned his county credit card expenditures.
The defense argued that the mayor went  beyond what was necessary by  reimbursing expenses allowed by the county in addition to those that were personal. The prosecution pointed to expenses reimbursed only after the newspaper stories by reporter Nancy Cook Lauer brought attention to his spending.
The twice-elected Kenoi faced two counts of felony theft. If found guilty, the felonies would have led to his disbarment and would have made it impossible for him to return to law practice after leaving office in December. Term limits prevented him from running again this year and the new mayor will be former Mayor Harry Kim, who hired Kenoi years ago to work for the county. Kenoi also faced and was found innocent of two counts of third-degree theft and one count of false swearing, all in connection with the use of the county credit card.
To read comments, add your own, and like this story, see Facebook. Follow us on Instagram and Twitter.

CANARY ISLANDS COULD REPLACE HAWAI`I ISLAND as the site of the new Thirty Meter Telescope. TMT International Observatory Board of Governors last week chose La Palama island's Observatorio del Roque de los Muchachos as a backup for the $1.4 billion project and said this week they plan to apply to Spain for permitting. Board chair Harry Yang said in a statement that Hawai`i Island's Mauna Kea,  remains the preferred site. Its high elevation, 13,802 feet, with clear skies and distance from brightly lit human population centers on the planet make it one of the best observatory sites worldwide. However, Native Hawaiian groups have protested the construction of the huge telescope, contending it would desecrate sacred ground. Protests have delayed construction on the ground and in court.
Other possible backup locations are in Chile , India, China and Mexico. La Palma, a volcanic island, is the most northwesternly Canary Island, located in the Atlantic Ocean, off the coast of northwest Africa. Its highest point is 7,874 feet. Like Hawai`i Island, Palama has its own Great Crack and its observatories are sometimes blanketed in snow.
To read comments, add your own, and like this story, see Facebook. Follow us on Instagram and Twitter.


LIVE VIEWING OF COUNTY COUNCIL MEETINGS today, Nov. 1 and Wednesday, Nov. 2 is available through videoconferencing at Na`alehu State Office Building on Hwy 11. Citizens can give testimony from the Na`alehu location. For timing and agendas,  See http://www.hawaiicounty.govfor agendas and live-streamed and archived meetings. 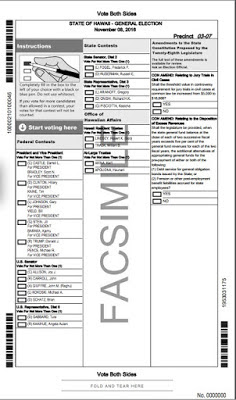 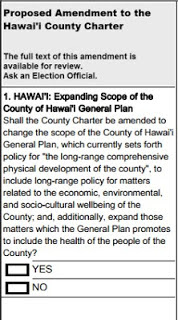 SUPPORT OUR SPONSORS AT PAHALAPLANTATIONCOTTAGES.COM AND KAUCOFFEEMILL.COM. KA`U COFFEE MILL IS OPEN SEVEN  DAYS A WEEK. 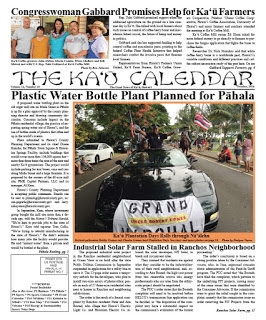 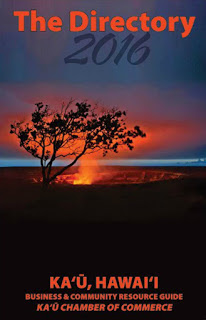 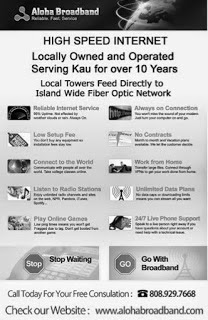 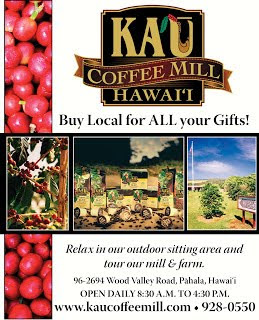 Posted by The Ka`u Calendar at 9:18 AM Links to this post