BIG BIRD from Sesame Street became a symbol of the latest debate between the U.S. Senate candidates who want to represent Ka`u, Volcano and the rest of the state. Last night during the debate broadcast statewide on PBS, moderator Dan Boylan presented the two candidates with a Big Bird doll and asked about presidential candidate Mitt Romney’s plan to cut funding to Sesame Street. It was the second of three debates leading up to early voting next week and the Nov. 6 election day.
Democrat Mazie Hirono and Republican Linda Lingle both said they back Big Bird. While Lingle suggested during an earlier debate that cutting funding to PBS should be considered, last night she claimed friendship with management of the national Corporation for Public Broadcasting and said she supports the nonprofit.
During last night’s debate, Hirono accused Lingle of changing her mind about PBS, and Lingle responded by saying she was talking about PBS in the broader context of government spending across “the spectrum of how we spend our money and set some priorities.” However, she confirmed stating that she was “not sure that Big Bird is essential to the defense of America.”
The free-ranging discussion included an exchange about the so-called “fiscal cliff,” with Lingle accusing Hirono of being party to its creation and to a pending annual cut of $50 billion a year in the military’s budget, should Congress be unable to come to an agreement on spending and taxes by the end of this year. Lingle argued that the military is too important to the economy to be jeopardized by the “fiscal cliff.”
Hirono said Congress should compromise to avoid the cuts and blamed Republicans for failing to come to an agreement, charging that they want to avoid a hike for the wealthiest taxpayers. Hirono said Congress is “fine sending our country over the economic cliff." She said she doesn’t favor weakening the country’s security and military. She and Lingle both warned against the U.S. becoming more isolated in its diplomatic relations with other countries.
The next and final debate between the U.S. Senate candidates is scheduled for 7 p.m. Monday. It will be telecast on KFVE Channel 5, KGMB Channel 7 and KHNL Channel 8.

THE FOOD SELF-SUFFICIENCY BASELINE STUDY for the Big Island has earned the 2012 Planning Award from the American Planning Association, Hawai`i Chapter.
Produced by Jeff Melrose of Island Planning, the county Department of Research & Development and University of Hawai`i Geography Department, the study earned the award Innovations for Sustaining Places.
The study was undertaken as the result of the Hawai`i County Agricultural Development Plan adopted in 2010. It provides a summary of the current state of local food production and import data for Hawai`i County. It includes detailed maps of existing agricultural activity on the island as a way to measure current farm activity, and to distinguish the unique circumstances that drive farming in each region around the island.
The report provides a list of 100 Things to Do to Increase Food Self-Sufficiency, emphasizing the need for everyone from consumers and government to farmers and retailers to be involved in the process for increasing food self-reliance.
The judges noted “the creation of a self-sufficiency scorecard and maps depicting agricultural activity throughout the County,” staying that “information on area-specific food production is particularly useful. The development of key metrics related to production and consumption is particularly useful, and many of the concepts, tools, and findings are transferable to other communities. The study provides a good foundation for future action affecting agriculture in Hawai`i.”
Department of Research & Development director Randy Kurohara said “the baseline study is an important tool for improving the quality of conversation we have about the future of Hawai`i Island’s food self-reliance, and it makes some very useful suggestions about the role that everyone has to play in this process.”
Dr. Tim Richards, of Kahua Ranch and Hawai`i Cattlemen’s Association, said that the “Baseline Study is a defining piece on agriculture on Hawai`i Island and is the envy of others around the state.”
The study and many of its maps and graphics can be viewed under the Announcement section at hawaiicounty.gov.

FIFTEEN NATIVE BIG ISLAND SPECIES are up for protection through the Endangered Species Act, according to a statement from U.S. Fish and Wildlife Service. Public and scientific input will be accepted through Dec. 17.
The two animals nominated for the Endangered Species List are an anchialine pool shrimp and a picture-wing fly. The plants and animals live in a range of ecological niches on the Big Island including anchialine pools, coastal, lowland dry, lowland mesic, lowland wet, montane dry, montane mesic, montane wet, dry cliff and wet cliff.
The Service first identified seven of the 15 species as candidates for ESA protection from 1996 to 1999, due to threats throughout their ranges, including habitat destruction and modification caused by invasive, non-native plants, feral pigs, sheep and goats, and agricultural and urban development.
Other threats include consumption of rare species by non-native feral pigs, sheep and goats, and other introduced species such as rats and non-native invertebrates.
“Native habitat is also threatened by the effects of climate change, which may intensify existing natural threats such as fire, hurricanes, landslides and flooding. In addition, existing regulatory mechanisms are inadequate to protect the species,” the U.S. Fish & Wildlife statement says.
Biologists have identified habitat essential to conservation of one of the 15 proposed plant and animal species – Bidens micrantha ssp. ctenophylla (ko`oko`olau) – and of two previously listed plant species – Mezoneuron kavaiense (uhiuhi) and Isodendrion pyrifolium (wahine noho kula). These are currently without designated critical habitat on the island of Hawai`i. They live in the same lowland dry ecosystem and share physical or biological features such as elevation, annual rainfall, substrate and associated native plants as well as threats from development, fire and non-native ungulates and plants, the statement says.
Proposed critical habitat totals 18,766 acres on both occupied and unoccupied habitat. Approximately 55 percent of proposed critical habitat is designated critical habitat for 42 plants and the Blackburn’s sphinx moth. Sixty-four percent is on state lands, two percent on federal lands, less than one percent on county lands, and 34 percent on private lands.
“The Hawai`i Island listing and critical habitat designation, if finalized, will allow us to better address and manage Hawai`i’s endangered species and the unique ecosystems on which these species depend,” said Loyal Mehrhoff, field supervisor for the Pacific Islands Fish & Wildlife Office.
The Service will consider comments from all interested parties received by Dec. 17. Requests for a public hearing must be received in writing by Dec. 3. Comments may be submitted by one of the following methods:
For more, contact Loyal Mehrhoff, Field Supervisor, Pacific Islands Fish & Wildlife Office, U.S. Fish & Wildlife Service, 300 Ala Moana Boulevard, Room 3-122, Box 50088, Honolulu, HI 96850; call 808-792-9400 or fax 808-792-9581.

KA`U CHAMBER OF COMMERCE sponsors a Police and Fire Department Child Safety presentation tomorrow from 1 p.m. to 3 p.m. at Na`alehu Community Center. Police and fire personnel will teach children how to stay safe during Halloween. Keiki will also have an opportunity to have photos taken with fire and police staff and vehicles. Keiki ID will be handed out, along with refreshments. For more information, call 939-8449. 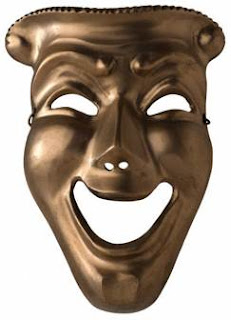 AUDITIONS FOR THE AWAKENING OF EVERYONE take place tomorrow from 2 p.m. to 4 p.m. and Sunday from 4 p.m. to 6 p.m. at Pahala Plantation House. The play is a modern revival of the 15th century Greek morality play The Summons of Everyman. It will be performed locally in early December.
The cast requires about 15 characters. Rehearsals will be held for about two hours, three times a week, until production. Not all cast members will be required to attend all rehearsals. Call 928-0007 for more information.

BRING YOUR SILLIEST STORIES, funniest jokes and wackiest skits to Volcano Art Center’s Ni`aulani Campus in Volcano Village to audition for the upcoming comedy cabaret Ho, Ho, Ho! Ha, Ha, Ha! - Comedy at Kilauea Sunday from 1 p.m. to 3 p.m. This open audition call invites seasoned and novice comedy talent of all ages to present three minutes of material. Holiday themes are appreciated, but not mandatory. For more information, visit volcanoartcenter.org or contact Tanya Aynessazian or Julie Callahan at 967-8222 or info@volcanoartcenter.org.