FORTY TEST PLOTS have been planted for the proposed `Aina Koa Pono biofuels farm planned for lands between Wood Valley and Pahala and Na`alehu. Lance Santo, Agricultural Field Coordinator for Hawai`i Agricultural Research Center, has worked with sugar cane and other grasses since Hawaiian Sugar Planters days and is heading up research on appropriate biofuels crops. He said the test crops will be fertilized. They will also be irrigated if necessary.

Santo said high biomass-producing crops need fertilizer since they remove so many nutrients from the ground. John Carroll and Michael Thieman, of `Aina Koa Pono, said they will bring additional types of cane and bana crosses to test, and are hoping for varieties that don’t require much fertilizer. They said they hope to have a biofuel farm without irrigation.
Regarding concerns that the grasses could be invasive, Santo said that bana grasses and canes are not sterile, but noted they are hard to reproduce without actually planting them one stick at a time. Santo said that sugar cane and bana probably grow best around 900 feet in elevation where there is a lot of sun, but also rain. Among canes and bana grasses being tested are two growing wild in Ka`u.
The Olson Trust crew prepared the ground and planting and will care for the canes and bana grass until harvest. Santo said that HARC is funding its part of the research. “This needs to be done,” not only for proposed biofuel farms here in Ka`u but for proposed biofuel efforts elsewhere around the state, he said.

HAWAIIAN ELECTRIC COMPANY’S executive vice president Robbie Alm has submitted testimony to the Public Utilities Commission supporting his company’s proposed contract with `Aina Koa Pono to create a biofuel farm and build a refinery near Pahala, raising electric rates to help pay for it.
Alm wrote: “Our state is 90 percent dependent on imported fossil fuels for all our energy needs. This is no longer sustainable. It threatens our energy and economic security and our environment.” Alm said the contract between HECO and `Aina Koa Pono would “supply a significant quantity of biofuels for a period of 20 years – starting with 14 million gallons per year in 2014 and increasing to 16 million gallons per year in 2015.” Alm emphasized local use of biofuel to power Hawaiian Electric’s own power plant and for transportation fuel.
Regarding proposed rate hikes, Alm contended that charging higher rates makes sense because locally produced biofuels would reduce the risk imposed on having to import oil and would produce jobs within the state. In the long term, he claimed, oil prices will continue to climb, making the higher cost of biofuels now worth it.

STEPHEN P. REIMERS, a Navy captain in the U.S. Pacific Fleet, called HECO’s rate hike “a travesty.” Reimers said that HECO should be producing fuel to lower electric bills, not increase them. He cites a study by the University of Hawai`i that found the cost of making biodiesel more energy-intensive than energy produced. He also questioned `Aina Koa Pono’s ability to produce 16 million gallons of fuel, saying the company does not yet have the necessary financing. He also questioned the company’s claims that biodiesel fuel reduces greenhouse emissions, benefits agriculture and economic interests, and reduces dependency on foreign oil. “There is absolutely no proof of any of that being possible,” said the Navy captain.
Reimers also objected to O`ahu residents paying more when the biofuel will be used on the Big Island. He also questioned HECO’s current high electric rates on the Big Island: “Do I have to remind you that the Big Island has more renewable energy on it than anywhere else in Hawai`i, yet the customers in the Big Island are paying more per kilowatt hour than anyone else? How can this be? And HECO/HELCO wants to raise the rates even more?” he asked.

MICHAEL ASATO wrote testimony to the PUC saying he opposes a clause in the contract that could give `Aina Koa Pono and the electric company the ability “to pass on AKP's cost overruns ‘without limitations’ to its ratepayers.”
He also suggested that a smaller test plant refinery be operated before final approval is considered and pointed to Sun Microsystems’ co-founder Vinod Khosia, a venture capitalist who made a big investment in a Range Fuels biofuels project on the mainland. When the project failed, Khosia blamed problems with making pellets from biomass, not the new Range Fuel technology to make energy.
Asato testified that given that Range Fuels was a recipient of a federal Department of Energy loan guarantee, “one lesson is that before the PUC grants HECO's requests, “AKP should build a pilot/demonstration plant to validate its ‘routine’ pellet making system for its planned feedstock.”

TURTLE 63, the hawksbill recently retrieved from Punalu`u Pond by University of Hawai`i marine science students, was found dead last week in the ocean at Punalu`u. A lifeguard found her. She was pulled onto the beach and taken to U.H. Hilo, where she was frozen, to be shipped to Honolulu where a veterinarian will conduct a necropsy. It is unusual for scientists to recover a hawksbill turtle who has so recently passed away. She will be used for anatomic and genetic studies. Lauren Kurpita, of the Hawksbill Turtle Project, which studies and protects the animals along the Ka`u coast, said, “It is really sad she died, but something good in the way of better understanding this endangered species could come from this. She said that turtle expert George Balasz had earlier described Turtle 63 as “morbidly obese.”
FRIENDS OF HAWAI`I VOLCANOES NATIONAL PARK was recently awarded a $5,000 grant by the National Environmental Education Foundation. Twenty-two of 300 nonprofit Friends groups, which assist parks and other lands by fundraising and community service projects, were awarded grants this year. The $5,000 will go a “Friendraising Website Development” project. According to Volcano Friends’ General Manager Julie Mitchell, the project will help increase the number of volunteers, members, program participants, board members, and donors. To get involved with Friends of Hawai`i Volcanoes National Park, call 985-7373 or visit www.fhvnp.org.
POLICE ARE SEEKING THE PUBLIC'S HELP in providing information about three suspicious brush fires in the Punalu`u area in the past week. The police say the fires on Aug. 3, 7 and 8 along Highway 11 appear to have been set intentionally.
Anyone with information about the fires or any suspicious persons in the area is asked to call the police non-emergency line at 935-3311. Those who want to remain anonymous can call Crime Stoppers at 961-8300 and may be eligible for a reward of up to $1,000.

A SIGN WAVING EVENT to raise awareness of suicide prevention is being planned for Ka`u in early September. Charmaine Alameda, of the Hawai`i Family Guidance Center, is asking interested residents to call her at 933-0607. 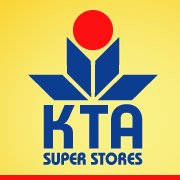 KTA SUPERSTORES will be accepting donations to Habitat for Humanity throughout August. Shoppers may select a green fundraising coupon for $1 or $5 donation at the checkout register. “This is the second year that KTA has selected our organization,” says the organization’s West Hawai`i Community Relations director Margo Takata, “and it is through this type of community support that we are able to raise funds for our builds, and also build awareness about Habitat for Humanity on the Big Island.” Habitat for Humanity West Hawai`i recently helped a family with home ownership in Ocean View. For more information, contact Tanaka at Habitat for Humanity West Hawai`i at 331-8010, or contact Michele Robles at Hale Aloha O Hilo, Habitat East Hawai`i at 640-2407.
THE HAWAIIAN CIVIC CLUB OF KA`U will host a Labor Day Plate Lunch Fundraiser on Monday, September 5 in the parking lot of Ocean View Market, from 10 a.m. to 3p.m. For $10 per plate, buyers will have a choice of steak or laulau with rice, corn, dessert, and a drink. Each steak will be an eight-ounce sirloin, and the laulau is specially made by Aloha Cafe with fish, pork, and sweet potato. All profits will go to support the needs of the Hawaiian Civic Club of Ka`u. Call Arlene Araki at 989-5141 to buy tickets or for more information.
MEMBERS OF THE KA`U COMMUNITY DEVELOPMENT PLAN Steering Committee will host an informational table at the Ocean View swap meet this Saturday. The swap meet is held at Pohue Plaza from 7 a.m. to noon.
Posted by The Ka`u Calendar at 10:28 AM Links to this post