KAWA RESIDENT and Hawaiian sovereignty supporter Abel Simeona Lui goes to Third Circuit Court in Kona tomorrow. He is making claims that the county cannot hold onto land it purchased to create a park and restore wildlife and the estuaries at Kawa. Lui, who has lived at Kawa for more than 20 years and has welcomed traveling and more permanent residents to stay there in tents and other self-built housing, said he is the caretaker of Kawa land and beyond. However, the land has been sold several times, most recently to the county, which plans to keep it in the public domain. 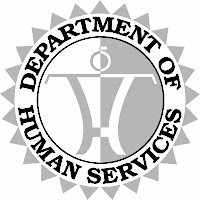 CHILD PROTECTION SERVICES that were cut in Ka`u will be restored, according to a statement from the state Department of Human Services. The programs are managed by Kapi`olani Child Protection Center, which provides counseling and treatment to parents with substance abuse problems. An estimated 160 children and 100 parents received services last year. Kapi`olani has been operating for more than 15 years and employs five people, including three part-time counselors.
It receives funding from Child Welfare Services under the state Department of Human Services, which suffered a $5.8 million cut in funding from the federal government in October.
Child Welfare Services help with child protection, foster care, adoption, independent living and licensing of resource family homes, group homes and child-placing organizations.
DHS director Patricia McManaman said that, “After listening to community concerns about limited service options and the fact that other Kona-based service providers will be unable to fill the gaps, the DHS reconsidered service reductions in the Ka`u area.”
She said a new stream of federal funding will enable the department to sustain Ka`u-area services.

THE COUNTY REDISTRICTING COMMISSION meets on Wednesday at 10 a.m. at Hilo Council chambers to finalize its redistricting plan, which changes District 6 boundaries. The plan removes Kurtistown and Mountain View from District 6 and adds Napo`opo`o, Captain Cook and Kealakekua.
The new boundaries put Council members Brittany Smart and Brenda Ford in the same district. Neither has announced candidacy for next year’s election, but Ford has said she will not move, setting up a possibility that two incumbents may run for the same County Council seat. Ford is eligible for one more term on the Council.
If Ford and Smart decide to run, they would face a challenge from Lee McIntosh, of Discovery Harbour, who recently announced his candidacy.

GASOLINE PRICES statewide were the highest ever over any Thanksgiving weekend, but they dropped .7 cents from the previous week, according to hawaiigasprices.com. Statewide, gas prices yesterday were $4.12 a gallon, while the national average was down 4.1 cents to $3.32 a gallon. Prices statewide were 59.6 cents a gallon higher than last year here in Hawai`i.
Prices this morning in Ocean View were $4.32 at Kahuku Country Market's Flying K Gasoline; Ocean View market declined to give out its price; Kahala Gas across the street was $4.36; the 76 station in Na`alehu was selling for $4.37 a gallon; and Ka`u gas in Pahala was $4.40 a gallon.

THE ULTRAMAN WORLD CHAMPIONSHIPS concluded yesterday. The three-day event which passed through Ka`u with a grueling bicycle race crowned 46-year-old Alexandre Ribeiro, of Brazil, as its winner after leader Jonas Colting, of Sweden, pulled out of the race with injuries. Amber Monforte, of Reno, NV, who works as a nurse, was the first woman across the finish line. Ultraman, considered one of the toughest multi-sport events in the world, is comprised of a 6.2-mile swim, a 90-mile bike ride through Ka`u from Keauhou Bay to Volcano, a second day 171.4-mile bike ride from Volcano, through Puna and Hilo to Hawi, and a third day double marathon – 52.4-mile run from Hawi past Kawaihae to Old Airport State Park in Kailua-Kona.
THE NA`ALEHU THEATRE will present `Ukulele Classes with Moses Espaniola III from 9 a.m. to 11 a.m. on Sunday mornings in the Old Pahala Community Clubhouse. Free lessons for persons of all ages will be on Dec. 4, 11 and 18, and on Sundays, Jan. 1, 8, 15 and 22. Snacks will be included. The lessons are sponsored in part by the State Foundation on Culture and the Arts through mentor Cyril Pahinui. The venue is provided by the Edmund C. Olson Trust. To attend, please come by and bring an `ukulele.
For more information contact Espaniola at ekolu23@yahoo.com or 345-6917 or Chelle Pahinui at chelle@cyrilpahinui.com.

RED FLAG WARNINGS remain, as windy conditions are expected to create a severe fire hazard today with 15 to 20 mph winds and 25 mph gusts until 6 p.m. Most in danger is the west side of Ka`u from South Point to South Kona, as drought conditions remain, and the air is very dry.
Posted by The Ka`u Calendar at 10:14 AM Links to this post