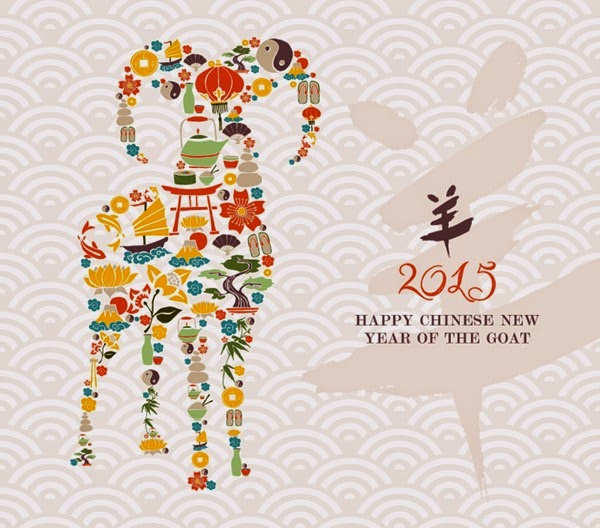 “The contributions of the Asian American and Pacific Islander community to our nation continue to grow and have been passed down through generations, from creating jobs and opening small business to contributing to the melting pot of American culture. I wish everyone celebrating the Lunar New Year good health, progress, and prosperity. Aloha!” Schatz said.
Gabbard said, “As we celebrate the Lunar New Year around the world, let us recognize the vibrant traditions of the Asian American and Pacific Islander communities that mark this very special time. In Hawai`i, where celebrating diverse cultures is part of our daily lives, the Year of the Sheep inspires community-building and strengthens relationships. Best wishes to all for a happy and prosperous new year.”
CAPAC is comprised of members of Congress of Asian and Pacific Islander descent and members who have a strong dedication to promoting the well-being of the Asian American and AAPI community.

ALL EYES ON THE WHALE is the call for help from Hawaiian Islands Humpback National Marine Sanctuary. A 45-foot-long humpback, towing a buoy and entangled in its lines, has traveled at least once through Ka`u waters and is sought by state and federal wildlife officials in order to free it. It was first seen on Sunday south of Kailua-Kona and last on Monday off of Hamakua.
“It appears to be going counterclockwise around the Big Island,” Ed Lyman, whale entanglement response coordinator for the sanctuary, told Leila Fujimori, of Honolulu Star-Advertiser. “By now it’s made a complete circumnavigation of the Big Island.”
Lyman hopes the whale will be off the Kona Coast today, where calmer seas and “more people, more eyes, more tour boats” will help find it. “It’s 45 feet long, but they’re like a big needle in a big haystack,” he told Fujimori.
The National Marine Fisheries Service and the sanctuary have crews ready to free the 45-ton gray mammal.
Well-meaning mariners are advised not to attempt to disentangle the whale themselves. Doing so could put them in danger from lines snagging outboard motors and could leave line that could endanger other marine animals.
Crews also use the line to pull themselves closer to the whale. Although entangled, the whale seems to be in good shape and not in immediate danger of drowning.
Anyone who spots the whale is asked to call NOAA's Marine Mammal Hotline at 888-256-9840.
See staradvertiser.com.
To comment on or like this story, go to facebook.com/kaucalendar.

ATLAS RECYCLING, WHICH OPERATES RECYCLING stations twice monthly in Ka`u and has picked up many junk cars in Ocean View and throughout Ka`u in past years at no cost to landowners, is suing Hawai`i County, according to a story in Hawai`i Tribune-Herald by John Burnett.
Atlas’ parent company Big Island Scrap Metal, LLC is seeking nearly 5.5 million in unpaid fees, Burnett reported. The company claims breach of contract based on a Feb. 16, 2010 cap placed on the amount of metal it removes from county landfills and the county’s failure to pay for metal already removed.
The suit claims that the company was first notified of the county’s intent to not pay on Jan. 25, 2012 and that it wasn’t paid for 36,010 tons of scrap.
Director of Environmental Management Department Bobby Jean Leithead Todd told Burnett the county believes placing the cap was not a breach of contract. “We’re basically taking the position that we’ve had ongoing communication and that (the company) acknowledged we had a processing cap and affirmed their intent to follow the cap, and that even beyond that, payments due are limited to the amount of certified funds, pursuant to the contract,” she said.
See hawaiitribune-herald.com.
To comment on or like this story, go to facebook.com/kaucalendar.

THE STATE LEGISLATURE HAS KILLED A BILL that would create a statewide game management advisory commission. Although the bill passed the House Water & Land Committee, House Judiciary Committee Chair Karl Rhoads failed to hear the bill prior to the deadline.
Mayor Billy Kenoi supported the bill. “We feel that a statewide commission will offer to the thousands of hunters who live in Hawai`i a proper venue to share ideas and formulate priorities that are in the best interest of the entire state,” he testified. Hawai`i County Council passed a resolution in favor of the bill yesterday.
Carty Chang, interim Chair of the Department of Land & Natural Resources, testified that the proposed commission “conflicts with the department’s existing legal mandates, rules and operating capacity” and goes “beyond the advisory capacity of a typical advisory commission.”
Tony Sylvester, a member of Hawai`i County’s Game Management Advisory Commission, told Tom Callis, of Hawai`i Tribune-Herald, that he was disappointed about the bill’s demise after it received support from hundreds of testifiers. “For me, that’s the saddest part,” he said. “We try to empower people.”
See hawaiitribune-herald.com.
To comment on or like this story, go to facebook.com/kaucalendar.

HAWAI`I COUNTY WANTS MORE of the transient accommodations taxes that it and other counties collect. Yesterday, the County Council passed two nonbinding resolutions asking the state Legislature to increase allocations. The county wants the state to remove the cap placed on TAT allocations during the recession and to return to previous allocations of 44.8 percent of the total collected.
Nancy Cook Lauer, of West Hawai`i Today, reported that Kohala Councilwoman Margaret Wille said, “The original tax was meant for the counties, with only a small administration amount for the state. The people that wanted this bill … stood and said this cap would be removed when the economy improved … explicitly.”
See westhawaiitoday.com.
To comment on or like this story, go to facebook.com/kaucalendar.

HILO HATTIE HAS CLOSED its Hilo and Kona stores. Once famous for sewing aloha wear on-site with visitors watching, Hilo Hattie grew into a large retail chain with stores across the country, as far away as Miami, Florida, promoting Hawaiian-themed products. It closed mainland stores and contracted back to its Hawaiian roots, but never recovered its earlier success. Hilo Hattie was one of the sponsors of the Ka`u Coffee Festival, sending shuttles to the event some years. Ka`u Coffee was promoted and sold at Hilo Hattie.
The company, one of the largest retailers of Hawai`i fashion and other goods, still has stores open on O`ahu, Maui and Kaua`i.
To comment on or like this story, go to facebook.com/kaucalendar.

SPRING BEARDED TURKEY HUNTING SEASON opens Sunday, March 1 and runs 31 consecutive days through Tuesday, March 31.
Daily bag limit is two bearded turkeys per hunter with a season bag limit of two. All hunters are required to have a current unused turkey tag in their possession while hunting. Tags are currently free of charge. Turkey tags are nontransferable and must be fastened with snaps and secured tightly around the neck or tarsus of any bird taken immediately after the kill. Tags may be obtained from any Hawai`i Island Division of Forestry and Wildlife office and a number of commercial vendors. Hunters must present current State of Hawaii Hunting License when obtaining tags. Turkey tags are also required on private land.
Information may be obtained at Division of Forestry & Wildlife offices in Hilo at 974-4221 and Kamuela at 887-6063.
To comment on or like this story, go to facebook.com/kaucalendar.

HAWAI`I ANT LAB STAFF MEMBERS encourage the public to learn how to eliminate Little Fire Ant colonies today at 5:30 p.m. at Na`alehu Community Center. The insect is considered one of the worst invasive species in the world. It can cause blindness in animals that it attacks and welts that can last for weeks.
Call 315-5656 for more information. 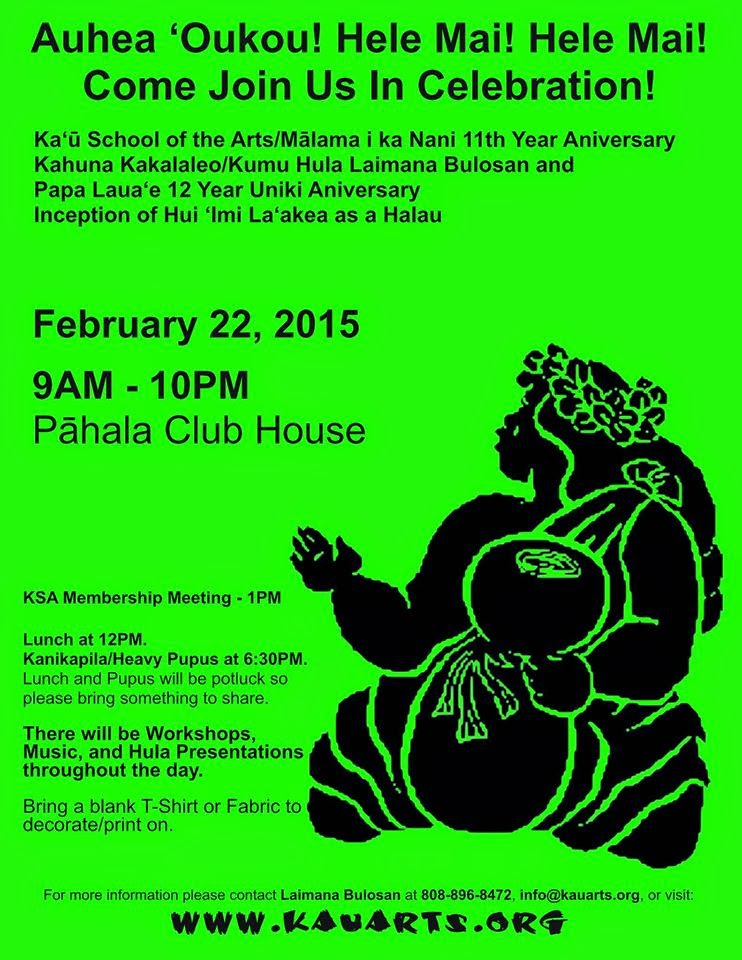 KAHUKU UNIT OF HAWAI`I VOLCANOES NATIONAL PARK offers a free program Saturday from 9:30 a.m. to 11 a.m. Participants discover the Hawaiian goddesses, sisters Pele and Hi`iaka, and the natural phenomena they represent through epic stories depicted in the natural landscape of Kahuku on an easy 1.7-mile walk on the main road in the park.

KA`U SCHOOL OF THE ARTS holds a meeting Sunday at 1 p.m. and a celebration from 9 a.m. to 10 p.m. at the Old Pahala Clubhouse.
Lunch is at 12 p.m., with kanikapila and heavy pupus at 6:30 p.m. Workshops, music and hula presentations take place throughout the day. See kauarts.org.

AN EVENING OF HAWAIIAN MUSIC AND STORY featuring Keoki Kahumoku with the Aloha Bluegrass Band takes place Sunday, March 22 at Na`alehu Methodist Church. Pupus are served at 5 p.m., with the program from 6 p.m. to 7:30 p.m.
Tickets are $20, with all proceeds being donated to the Center for Hawaiian Music Studies. One lucky ticket holder will win a brand new `ukulele Seating is Limited.
RSVP to woodley@easystreet.net or call 854-9483. Make checks payable to Center for Hawaiian Music Studies and mail to Woodley White, PO Box 44, Na`alehu 96772. 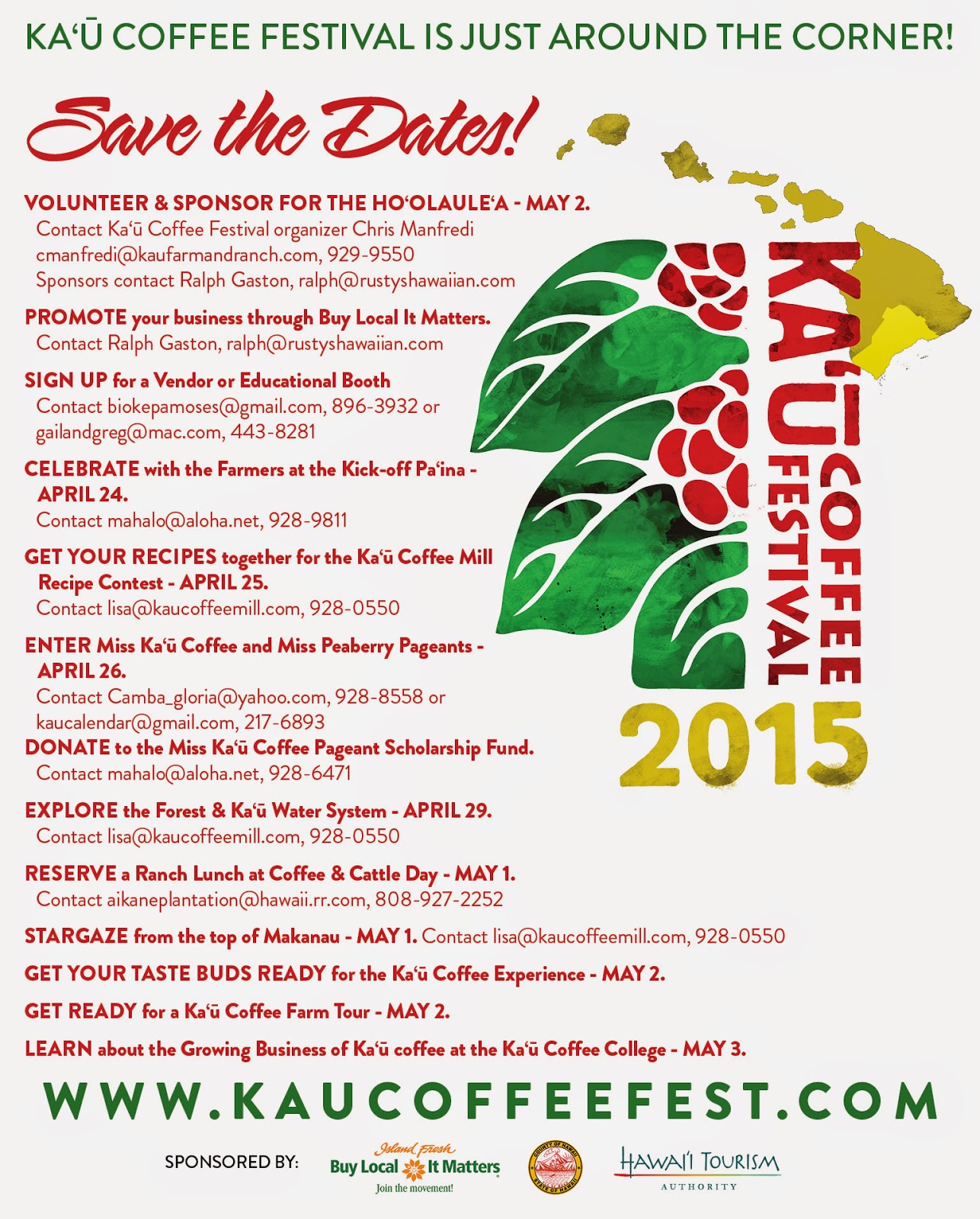 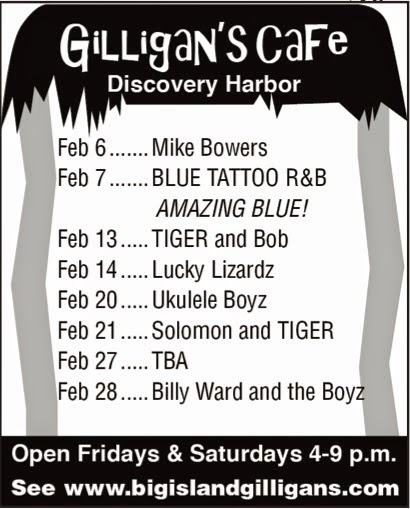 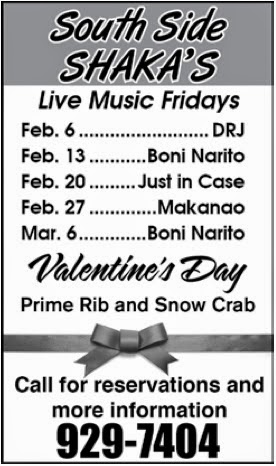 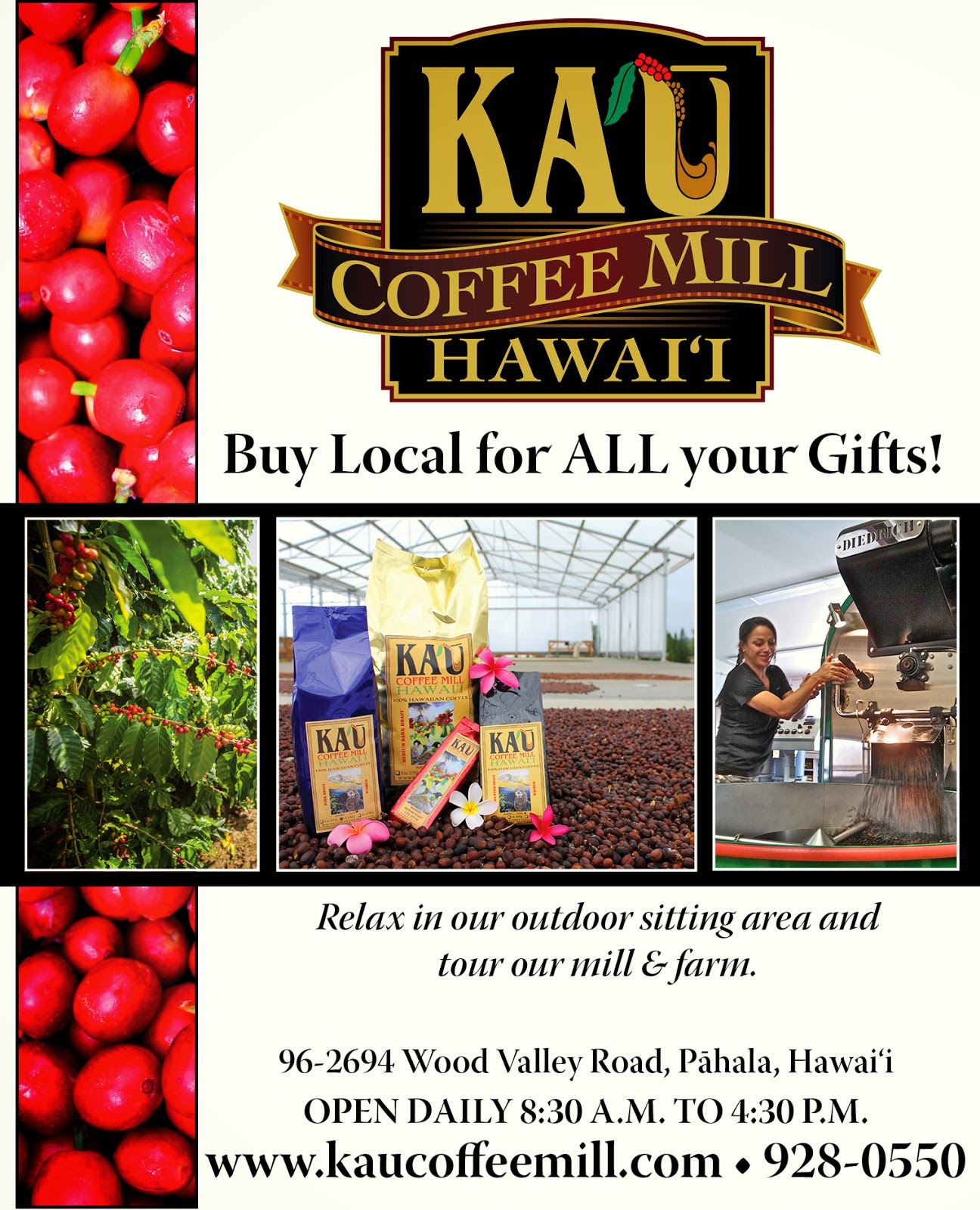 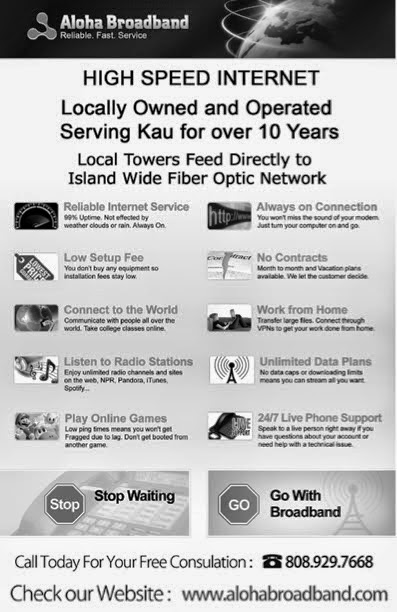