THE TEACHERS UNION, the Hawai`i State Teachers Association representing approximately 11,000 members educating nearly 200,000 students, is calling for a settlement. The 19-month-old employment contract dispute is with the state of Hawai`i and its single school board for public education across the Islands. The union says the dispute must be settled in order for the 2013 Hawai`i Legislature to have time to fund increased pay for the instructors. Money bills, including the state budget, House Bill 200, are due at the Legislature by “the final decking” at midnight April 26. The teachers would need to tentatively agree to a new contract by the deadline. The Department of Education has proposed rescinding 2011-2013 cuts that docked teacher pay by five percent and also would return teacher share of health insurance payments to 50 percent.

The teachers union is calling for members to join a rally at the state Capitol in Honolulu on March 14. Ka`u members who cannot attend are asked to participate with “a mass email, letter, phone and fax activity.” The union issued an announcement saying the rally will “clearly demonstrate teachers’ collective desire to end this destructive conflict through a fair and equitable contract settlement now.”
Some Ka`u teachers have held signs supporting the union and its efforts before and after school next to the Na`alehu and Pahala campuses.
The union statement says the rally will be “our best and possibly last opportunity to achieve a settlement prior to the beginning of next school year without undertaking extraordinary measures.”
According to the union, the state “must accept its responsibility to provide professional salaries that will recruit the best, brightest and most committed teachers to classrooms in Hawai`i.” 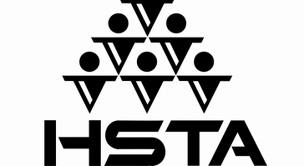 HSTA also sent in testimony to the state House of Representatives supporting House Bill 151, which would require the Hawai`i Labor Relations Board to resolve complaints. “HSTA is the exclusive representative of more than 13,500 public and charter school teachers statewide. As the state affiliate of the 2.2-million-member National Education Association, HSTA has been adversely affected by the ineffectiveness of the HLRB.”
The testimony pointed out that the HLRB has had a problem for over 15 years with approximately 100 cases standing idle “instead of seeking ways to hear them…. We are hopeful that the Legislature will consider the harm caused to teachers and potentially all state employees by the HLRB delays.”
According to Teacher Portal, (www.teacherportal.com) Hawai`i is the eleventh highest ranked state for teachers when taking into consideration average teacher salary, cost of living and starting salaries. The average starting salary in Hawai`i is $45,380. The average salary is $55,063.

THE SPERM WHALE found between Honu`apo and South Point last week is not the first to wash up in the last year. In August of 2012, a 50-foot sperm whale washed up in Puna and became the feeding trough for tiger sharks.
While there are estimated to be about 66 sperm whales in waters of the inhabited Hawaiian Islands, there could be many more around the uninhabited Northwestern Hawaiian Islands, according to the National Oceanic & Atmospheric Administration.
The giant mammals are assumed to have been more plentiful before major whaling expeditions in the 1800s and early 1900s, when Hawai`i offered ports for the whaling ships. In 1988, whaling was banned internationally. The sperm whale is listed as Endangered and is protected under the U.S. Marine Mammal Protection Act.

THE SCENIC BYWAYS COMMITTEE of Ka`u Chamber of Commerce met yesterday with Stephanie Donoho from Research and Development Department of Hawai`i County. She said this spring, there will be a decision on the proposal to put two signs at mile marker 75 looking from Ocean View to Ka Lae pali. A management plan is being finalized for presentation to the community before sending it to the state Department of Transportation. It includes a proposal for more educational signage and turnouts at scenic viewpoints. Proposals are also being made for funding, said Dennis Elwell, for the Scenic Byways committee. See more at www.hawaiiscenicbyways.org/index.php/byway/kau-scenic-byway-the-slopes-of-mauna-loa.

SAMMI FO OFFERS ADULT Hula `Auana Classes for beginners and experienced dancers this evening and every Tuesday in Ocean View at the corner of Tiki Lane and Princess Kaiulani Boulevard. Fo danced hula with her late husband, the well-known Hawaiian musician, Buddy Fo. Her dances are to classic, romantic music from Waikiki and all Hawaiian Islands. Beginning and first-year students meet at 6 p.m., and those with more experience meet at 4:15 p.m. Call 990-3292 for more information.

A GENERAL MEMBERSHIP MEETING of Hawaiian Affairs Caucus of the Democratic Party of Hawai`i takes place tomorrow from 6:30 p.m. to 7:30 p.m. at its headquarters in Honolulu. Ka`u residents are welcome to attend via teleconference by calling 605-477-2100. Participant access code is 697371 #.
Dante Carpenter, chair of Democratic Party of Hawai`i, conducts the meeting. Agenda items include a motion to ratify reorganization of HACDPH steering committee and an open election of all HACDPH steering committee members. For more information, visit hawaiianaffairscaucus.weebly.com.


KA `OHANA O HONU`APO hosts Tutu and Keiki, its first 2013 Sunday in the Park family event, this Sunday from 1 p.m. to 4 p.m. at Whittington Beach Park. Co-hosts are Tutu and Me Traveling Preschool and Hawaiian Civic Club of Ka`u. The event features Hawaiian activities, games and prizes. For more information and to volunteer, call Lehua Lopez-Mau at 929-9891 or email ka_ohana@honuapopark.org.

HAWAI`I VOLCANOES NATIONAL PARK invites volunteers to join Stewardship at the Summit led by Paul and Jane Field. Loppers and gloves are provided for participants to cut invasive Kahili ginger along park trails. Work is often in the shade of the forest with sounds of native honeycreepers like `apapane, `amakihi and `oma`o above. Water, snacks, rain gear and sun protection are recommended.
No reservations are required. Stop by Kilauea Visitor Center to get directions and more information. The hike is a moderate one-mile round trip down Halema`uma`u Trail into Kilauea caldera, leaving from Kilauea Visitor Center. It involves walking over rough, uneven terrain on a dirt and rock path, with up to a 400-foot elevation change.
The program takes place on different days each week. This month, the dates are this Thursday, March 7; Friday, March 15; Saturday, March 23 and Thursday, March 28.
Call 985-6017 for more information.

HAWAI`I VOLCANOES INSTITUTE, part of Friends of Hawai`i Volcanoes National Park, presents Life on Recent Lava Flows with botanist Tim Tunison on Saturday, March 23 from 9 a.m. to 3 p.m. According to Tunison, the park, with two active volcanoes, may be one of the world’s best outdoor classrooms for learning about the colonization of new geological surfaces, a process that ecologists label primary succession.
“The lava flows along Chain of Craters Road, resulting from Mauna Ulu flows and other eruptions in the 1970s, are highly accessible and informative,” said Tunison. “Life has noticeably recolonized these 30- to 40-year-old flows and deposits, but the simplicity and sparseness of life make species identification manageable—and ecological patterns readily apparent.”
Participants investigate the characteristic small suite of plant and animal species found on recent lava flows; how succession on lava in Hawai‘i differs from that on rock surfaces; how rates of colonization differ on `a`a versus pahoehoe and from dry to wet areas; and why there are few alien, invasive plants on recent lava flows.
The day involves short walks in three or four sites on pahoehoe or deep cinder totaling about one mile.
Program cost is $50 for Friends members and $65 for non-members. Student fees (K-12 and college with valid ID) are $25 for members and $35 for non-members. Non-members are welcome to join the Friends in order to get the member discount. Tuition includes a pictorial species identification handout and a PDF mini-book.
To register, email institute@fhnvp.org or call 985-7373.

ALSO SEE KAUCALENDAR.COM AND FACEBOOK.COM/KAUCALENDAR.
Posted by The Ka`u Calendar at 12:03 PM Links to this post