WEDDINGS ON PUBLIC BEACHES can require a permit from the state Department of Land & Natural Resources, according to a recent ruling by the 9th U.S. Circuit Court of Appeal. The state of Hawai`i has the right to regulate commercial weddings in order to protect more than 200 public beaches throughout the state. Plaintiffs claimed such permits violate the First Amendment, freedom of speech. The court disagreed but warned that the state could violate First Amendments rights if it were to revoke or change permits without due process. 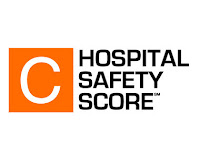 THE CLOSEST MAJOR HOSPITAL TO KA`U, which is Hilo Medical Center, received a C grade in the latest national Leapfrog Hospital Safety Scores. Ka`u Hospital, which is a smaller, critical access hospital, is exempt from the ratings. Kona Hospital is also unrated. On O`ahu, Kaiser Foundation Hospital and Straub Clinic and Hospital received A grades while The Queens Medical Center received a B. Leapfrog describes its mission as to help patients choose where to go based on safety. It measures infections, complications, mistakes in giving medications and other errors, as well as lack of errors and regularity of good safety practices.

A statement from Leapfrog says, “Some people do more research on what car to buy than what hospital to go to for medical care. A hospital may have the best surgeons and greatest technology in the world, but unless it is preventing infections, and eliminating medical and medication errors and injuries, it is not delivering on a very basic premise: ensuring the safety of you and your loved ones.
“The goal of the Hospital Safety Score is to reduce the more than 180,000 yearly deaths from hospital errors and injuries by publicly recognizing safety and exposing harm. “Harm” ranges from infections and acquired injuries (such as bedsores) to medication mix-ups and other errors, some potentially fatal.”
See more at leapfroggroup.org/cp.

HUNTERS FILLED THE COUNTY COUNCIL Chambers yesterday, supporting creation of a county Game Management Advisory Commission through a Charter Amendment, Bill 260. They also supported Bill 261 to ban aerial shooting of game animals. Shooting from helicopters by trained marksmen has been practiced to eliminate goats, sheep and pigs. Eradication of these ungulates is considered a step toward protecting native species and watersheds.
The two measures are proposed by council chair Dominic Yagong. The ban on aerial shooting passed 8 to 1.
The state Attorney General’s office, however, issued an opinion that the county has no authority to ban aerial shooting by marksmen hired by the state to control invasive mammals. Even though the state bans aerial hunting, a federal court ordered the state to shoot and kill ungulates by air in order to protect the palilia, a native bird recognized as an endangered species.
A story by Nancy Cook Lauer in this morning’s West Hawai`i Today said that council member Brenda Ford urged the community to “continue the fight at the state level,” called the marksmen “chopper jockeys,” and then described the practice of shooting from the sky as inhumane. Hunters showed videos of a helicopter scaring sheep out of hiding places in order to shoot them, and carcasses of rotting animals that hunters said they could have shot for food for their families, the story says.
The bill for the charter amendment to set up the Game Management Advisory Commission passed 8 to 0. To qualify as a Charter Amendment for the Nov. 6 ballot, it must survive another round of votes and pass across the mayor’s desk without his veto.
The West Hawai`i Today reporter also noted that “A baseline study of food self-sufficiency in Hawai`i County released last week estimates that hunters add 163,000 pounds of meat — primarily from goats, sheep and pigs — to island tables over the course of a year. Bird hunting also contributes to the Big Island diet.”
However, the story quotes University of Hawai`i-Hilo researcher Noah Gomes as saying that hunting ungulates is not a traditional Hawaiian practice as there were no goats and sheep before they were introduced here. “He said Hawaiians traditionally went to the forest for wood, plants and medicinal herbs,” the writer reports.
According to the story, one man testified that the endangered palila bird uses the wool of the sheep to line its nests. “The sheep and the bird work together.” See more at westhawaiitoday.com.

GEOTHERMAL PLANT EVACUATION PLANS would be required under measures moving forward at yesterday’s County Council meeting. County Council Chair Dominic Yagong not only proposes the plans for existing and future geothermal facilities. He wants county income from the geothermal – now totaling about $500,000 a year – to go toward health studies, safety measures and possible relocation of people adversely affected by living near geothermal power facilities. The council voted 8 to 1 yesterday in favor of requiring evacuation plans with only Dennis Ikeda casting an opposing vote. Using geothermal funding for health and safety drew supporting votes from Brenda Ford, Pete Hoffman, Angel Pilago, Brittany Smart, and Yagong. Fred Blas, Donald Ikeda, Dennis Onishi and J Yoshimoto voted against the measure.
Ford said she wants the health studies to reveal the facts on any possible risks to health from geothermal, as some community members have been claiming for years that their health is affected, while others claim there is little risk. The county has about $4.2 million in its coffers from the geothermal royalties.

VOLCANO ART CENTER POETRY SLAM is held at the Niaulani Campus in Volcano Village tomorrow, starting at 8 p.m. Up to 15 poets, chosen at random, compete for prizes awarded to the top three finishers chosen by judges. $6 per person; drinks and snacks available for purchase. For more, contact Dave Wallerstein at 967-8222 or visit volcanoartcenter.org.

ENTRANCE FEES ARE WAIVED at Hawai`i Volcanoes National Park this Saturday in celebration of Get Outdoors Day.
Within the park, Kilauea Military Camp hosts an Open House, in which the facilities and services are available to the general public. Call 967-8371.
Starting Saturday, Volcano Art Center Gallery inside the park presents multiple finalist photographs from Friend of Hawai`i Volcanoes National Park's Images from the Edge contest. The public is invited to view the gallery, 9 a.m. to 5 p.m., until Sunday, June 17. An opening reception is held tomorrow from 5 p.m. to 7 p.m. Park entrance fees apply.

RECYCLABLES ARE ACCEPTED in Ocean View on Saturday, 9 a.m. to 1 p.m., at Atlas Recycling at South Point U-Cart.

KING KAMEHAMEHA DAY IN PAHALA on Monday, 10 a.m. to 2:30 p.m., will feature art by Alma Gorali, Jym Duncan, Betina Wajar, Terri Chapot, Bobbie Beebe, Suzshi Lang Iris Bishoff and others at the Pahala Plantation House. The artists will guide participants in art activities during this Ka`u School of the Arts’ Summer Creations event. The event is free, and some activities may have a modest materials fee.
SUPPORT OUR SPONSORS AT PAHALAPLANTATIONCOTTAGES.COM AND KAUCOFFEEMILL.COM.
Posted by The Ka`u Calendar at 12:07 PM Links to this post