BUDDY SOARES, the father of Ka`u rancher Kyle Soares, is honored with state and U.S. flags flying at half-mast throughout Hawai`i today. In addition to a career with Pan American and Aloha Airlines, Amfac, Hawaiian Electric and University of Hawai`i, Wilfred Clinton “Buddy” Soares won election to the state House of Representatives in 1966 and joined the state Senate in 1975, serving through 1986. A Republican, he was known for his feisty style and humor, handed down to his son, who speaks on Ka`u issues at many public meetings. Soares was 83 when he passed away late last year. Services are today on O`ahu.
Gov. Neil Abercrombie, in ordering the flags to be flown at half-mast, said, “Buddy Soares was what every legislator should aspire to be – knowledgeable, open to all, a friend to everyone, a master of relationships, and able to close on any contentious issue leaving everyone content that they were treated fairly. It was a genuine pleasure to serve with Buddy. Just seeing him put a smile on your face. If aloha can be said to describe anyone, that person was Buddy Soares.”

BEACH ACCESS & PROTECTION FROM ENCROACHMENT is the focus of one of West Ka`u state Rep. Denny Coffman’s bills introduced to the 2013 Hawai`i State Legislature. Coffman’s House Bill 17 would require maintenance of public beach access by adjacent landowners and imposes penalties for noncompliance. It would establish shoreline access as an objective of the coastal zone management program. It would require the state Department of Land & Natural Resources to provide written notice to affected property owners. The bill was heard yesterday at the state Capitol by the Committee on Water & Land. It passed the committee unanimously.
One testifier called the measure “a valuable tool to protect the public’s right to beach access. He said his own neighborhood experienced homeowners decreasing the size of the beach by introducing plantings in the sand. “We have also found, in some cases, that the plantings cause beach erosion similar to seawalls.”
Other testimony came from James E. Coon, a member of Ke Kahu O Na Kumu Wai, the Marine and Coastal Zone Advocacy Council. “Establishing public access to the shoreline is one of the important objectives of the Coastal Zone Management Program,” wrote Coons.
Another testifier focused on the intrusion onto public beaches by private landowners. “Pristine, world class sandy beaches are now lush, private, vegetative oases. This measure can provide the tools needed to stop the premature loss of highly valued public trust lands, the beach,” wrote Caren Diamond. She pointed to irrigation and fertilizer being used to establish “thick unnatural strands of vegetation on the beach.”

SOBER UP BEFORE BEING RELEASED is the plan for people arrested for Driving Under the Influence of alcohol and illegal drugs. House Bill 66, introduced by West Ka`u state Rep. Denny Coffman, would clarify the imposition of conditions to ensure that persons arrested for DUI are sober prior to being released from custody. The bill passed first reading on Jan. 17 and has been referred to the Judiciary Committee.

REPEALING THE PUBLIC LAND DEVELOPMENT CORP. LAW is a Coffman bill. Coffman said he made a mistake earlier, voting for the legislation that gives private developers the opportunity to use state-owned land without the oversight of the county. House Bill 1133 would repeal it, and it passed first reading.

SUPPORT FOR LOCALLY GENERATED ELECTRICITY and more efficient use of energy by consumers drives a Coffman bill that would make the feed-in-tariff system more available to independent energy producers. The bill would incentivize “a class of, or classes of, eligible customer-generators who generate electricity and upon meeting utility requirements are compensated at current Public Utility Commission established tariff rates for electricity fed back to the electric grid.”
The legislation says that increased use of renewable sources to generate electricity “would increase Hawai`i’s energy self-sufficiency and achieve broad societal benefits, including increased energy security, diminished vulnerability to oil price increase, enhanced sustainability, economic development and job creation.” It says, however that the “current net-metering system does not encourage energy efficient behaviors and does not incorporate recovery for costs for transmission and distribution infrastructure, grid reliability and other costs that are typically included in usage rates.” In addition to more net metering, the bill seeks to encourage people to use “solar or heat pump hot water, energy star appliances, lower power consumption in lighting and other energy efficient behaviors.”

FOOD SAFETY is another Coffman bill. House Bill 279 would establish a Food Safety Task Force within the Department of Agriculture to study and recommend methods to prepare for compliance with the federal Food Safety Modernization Act and food safety management practices within the state. On Jan. 22, the bill passed first reading and has been referred to the Agriculture and Finance Committees.

A MONEY BILL for drought mitigation has also been introduced by Coffman. House Bill 281 passed first reading and was sent to the Agriculture, Water & Land and Finance Committees of the state House of Representatives. The bill says, “The legislature finds that a viable agriculture industry requires a steady, reliable supply of water. However, drought conditions continue to adversely affect Hawai`i’s farms and ranches, hampering the state’s ability to produce quality products on a consistent bases throughout the year.” The justification for the bill says that drought committees were formed at the county level and that funding for the drought mitigation projects would be provided to the local government in each county.


COFFEE BERRY BORER research would be funded under another Coffman Bill that would underwrite a program at the Pacific Basin Agricultural Research Center to develop methods for the prevention and treatment of coffee berry borer infestation. Grants in aid would come from the state agriculture development and food security special fund.

VIDEOCONFERENCING to allow Ka`u and other rural communities to testify via video camera is supported by Coffman, who introduced Bill 358. It would require both chambers of the Legislature to implement rules to permit residents to present testimony through audiovisual technology. It would provide funding to establish audiovisual systems throughout the state.

KA`U HOSPITAL would benefit from another Coffman bill. House Bill 417 would provide $2.8 million to the Hawai`i Health Systems Corporation to implement and sustain its primary care training program at the Hilo Medical Center. This program is expected to also provide physicians in Ka`u. The bill passed first reading and was sent to the Health and Finance Committees.

HELPING THE HOMELESS GO HOME is a bill introduced by Coffman. House Bill 533 would establish a return-to-home program to assist eligible homeless individuals to return to their home states when there is a support network able to receive them and care for them. The bill would help finance the logistics and transportation.

STOP SMOKING, LIVE HEALTHY is a message imbedded in a Coffman bill in the state House of Representatives. House Bill 540 requires the state employer-union health benefits trust fund to require all the health plans to give a break on co-payments to those employees and retirees who do not smoke. It also considers deductions for other risk lowering behavior.

HAWAI`I ELECTRIC LIGHT CO. has filed a proposed final Geothermal Request for Proposals with the Public Utilities Commission. The company is seeking approval to issue the 50-megawatt Geothermal RFP and begin the bidding process for potential geothermal resource developers.
“This is a significant next step toward adding more renewable energy and lowering costs for our customers,” said HELCO president Jay Ignacio. “As an important part of the process, we must ensure any project thoroughly addresses environmental and cultural concerns from our community.”
In a statement, HELCO said it is seeking to add up to 50 megawatts of geothermal power at prices not tied to the cost of oil “to help lower electricity costs for customers. The added power must also blend operationally with other resources, including renewable energy from wind, solar, biomass and hydro.”
The Geothermal RFP pursues technologies that provide renewable, dispatchable energy and firm capacity, to allow the utility to schedule and control output from the geothermal plant. “This will support HELCO’s integration of intermittent renewable resources such as wind or solar while maintaining reliable service for Hawai`i Island customers,” the statement says.
Once a final RFP is approved by the PUC and opened to bids, bidders have 60 days to respond. HELCO expects to make a selection 120 days after bids are due.
Additional information, including the complete proposed schedule, may be found at geothermalrfp.helcohi.com. 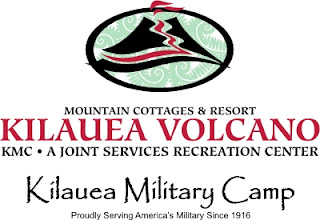 TOMORROW IS A SIZZLIN’ SUNDAY at Kilauea Military Camp in Hawai`i Volcanoes National Park. Bowling is $1 from 4 p.m. to 8 p.m. Crater Rim Café has specials from 5 p.m. to 8 p.m. with short ribs and lu`au-style ono for $13.50 or teri chicken meal deal for $8.95 including dessert and beverage. Open to authorized patrons and sponsored guests. Park entrance fees apply.

ALSO SEE KAUCALENDAR.COM AND FACEBOOK.COM/KAUCALENDAR.
Posted by The Ka`u Calendar at 11:41 AM Links to this post